I have been hypothetically gambling my way around the world throughout the course of the 2013 NFL season. I have hypothetically picked RUSSELL HUSTLE BUSTLE WILSON from London, Paris, New York, Barcelona, Santa Barbara, and my home town of West Chester, Pennsylvania.

I didn’t mean for this to turn into a hybrid gambling/travel blog, but it sort of did, and it sort of worked.

I decided that the only way this column could properly conclude would be to bring it to the only city in the world where hypothetical gambling makes even less since than it does already: 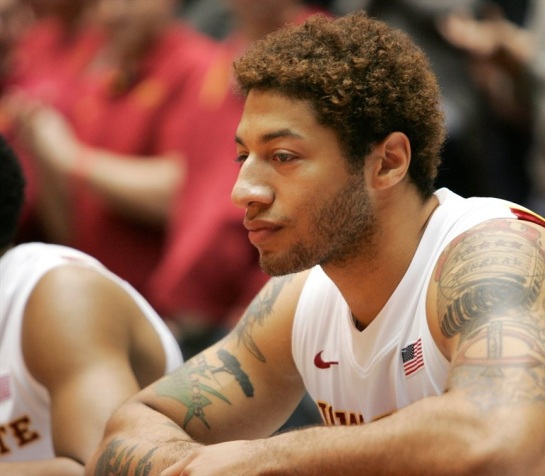 Royce White remains enigmatic, and Houston GM Daryl Morey seems to believe that laying claim to the “worst first-round pick ever” is a point of pride. The YMCA league all-star continues to frustrate and perplex fans and the media, even two years after his last competitive basketball game. Elsewhere, Carmelo Anthony scores 62 at Madison Square Garden, showing that he’s probably tired of losing, and the basketball-viewing public should take time to appreciate the excellent generation of players we are able to see on a nightly basis right now. It may never happen quite like this again.

END_OF_DOCUMENT_TOKEN_TO_BE_REPLACED 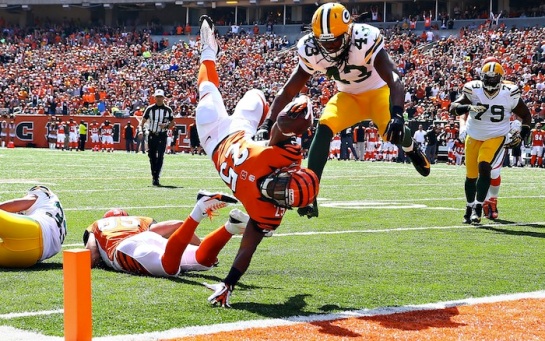 The inherent problem with awards season is taking the abstract and making it concrete. Voters take works of art, whether they are feature films or albums, and attempt to crown one of them as “the year’s best.” There’s no quantifiable way of achieving these decisions. Every vote is nothing more than opinion and perception being funneled through humans with biases and agendas, all culminating in the distribution of a few golden statues that are rarely awarded without controversy.

Awards for professional athletes are quite the opposite. There are ample statistical measures for every athlete in every sport. In the modern era, we have more numbers and analytics than John Nash could shake a stick at. Yet, when we attempt to award a player an honor such as “Most Valuable,” we’re then forced to take these concrete qualifiers and apply them to the abstract.

END_OF_DOCUMENT_TOKEN_TO_BE_REPLACED

“Who gives a fuck about a goddamn Grammy?”

This was shouted by Public Enemy in 1988 on the track “Terminator X to the Edge of Panic.” Flash forward to 2014, and it turns out that a lot of people still care about the Grammys. Yet, the event in our world of numerous social media streams has become fodder for snark and reaction in 140 characters or less. The Grammys is the Sharknado of awards shows for some, but for others, it’s an actual indicator of the direction of popular music.

END_OF_DOCUMENT_TOKEN_TO_BE_REPLACED 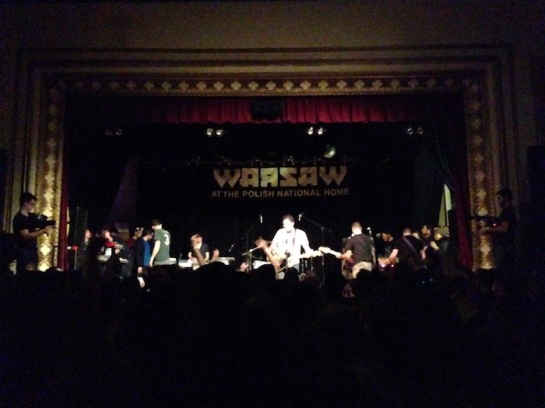 There’s nothing quite like a last show. And last Sunday, I was at my first.

Nearly five years ago, I met one of my best friends, who would soon introduce me to his favorite band, a local group named Bomb the Music Industry. The band is everything you may presume by that moniker. It released all its music online, for free. Its shows are extremely cheap, to the point where it feels like you’re only paying to reimburse the band for the cost of renting the venue. In short, this is just a bunch of dudes playing music for the sake of playing music.

When I first heard Bomb’s snarling guitars reverberating through a set of speakers, I promised my friend we’d see them in concert. And after five years of bad luck and twists of fate, I was finally able to make it to a Bomb show. Its last show.

END_OF_DOCUMENT_TOKEN_TO_BE_REPLACED

Courtesy of the Associated Press

College football has been out of my life for two whole Saturdays – this is a problem.

As soon as the garnet and gold confetti littered college football’s high church and Jameis Winston gave his Joel Osteen-like devotional, the 2013 season died while taking the BCS to the depths of the history books with it. The NFL has provided some solace, but it’s season too shall end in ticker tape, trophies and a smattering of product placement. This is my sporting soul’s lull period. January to August is just a slow creep minimally sustained by ‘crootin and coaching carousel story lines. I will watch MLB’s Opening Day with mild fanfare, I’ll research college basketball teams at the last minute come March and the NBA Finals may captivate me, depending on whether or not Kanye West drops another album. Yet, none of this will fully satisfy me until next year’s kickoff in late August.

With that being said, I’ve decided to immerse myself in a sport to pass through the doldrums of the offseason. A sport which, quite frankly, I’ve avoided mostly due to the conditions necessary to facilitate a game. I’m talking about hockey.

END_OF_DOCUMENT_TOKEN_TO_BE_REPLACED

At the risk of sounding like a BuzzFeed article, here is a video from the internet, and I’m going to give you a list of things related to it which, I hope, will make you want to watch the video so that you can nod along with me.

Of all the byproducts of mid-90s Anglophilia, including the Spice Girls, Trainspotting and the worldwide coverage of Princess Diana’s death, perhaps the most notoriously raucous entity to emerge was the rock band Oasis. You remember, they of “Wonderwall,” the anthem of every college freshmen stairwell guitar player and 90s-themed parties? The Gallagher brothers fought relentlessly, against Blur, against the media and, most notably, against each other, eventually culminating in a breakup just prior to a 2009 concert in Paris.

END_OF_DOCUMENT_TOKEN_TO_BE_REPLACED 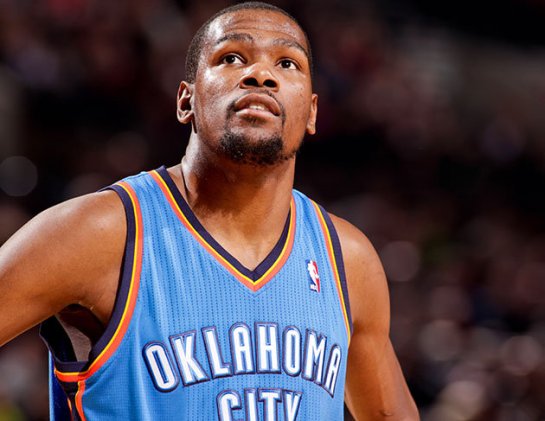 Polar Vortex II has struck the Eastern Seaboard, but that is not stopping Kevin Durant from igniting the NBA with an insane scoring run. As of this moment in time, @KDTrey5 is the most unstoppable basketball player on this planet, and his herculean shooting in carrying the Thunder is making a certain injured teammate of his very excited. Elsewhere, Carmelo Anthony is almost certainly checking out how many frequent flyer miles he has accumulated so that he can book the fastest ticket out of New York, and Pierre the Pelican (AKA “Death, Destroyer of Worlds”) is reportedly getting a face lift in time for the All-Star Break.

END_OF_DOCUMENT_TOKEN_TO_BE_REPLACED 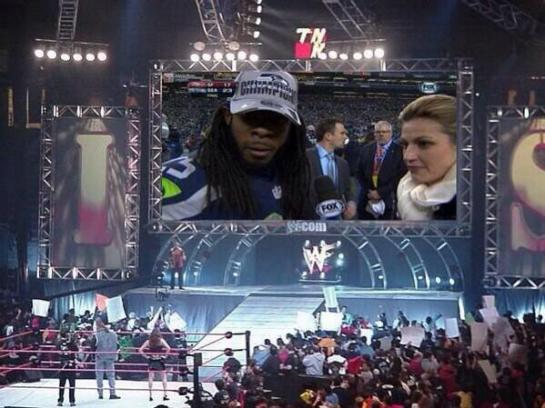 Last night, in the second game of a conference championship weekend for the ages, the Seattle Seahawks defeated the San Francisco 49ers, 23-17, to send themselves to the Super Bowl for the second time in franchise history and, for what it’s worth, the second time in the last decade. Seattle has been an undeniably fun team to watch in the last two years, and particularly this season. The Seahawks have lost at home only once in the Russell HUSTLE BUSTLE Wilson era, in a Week 16 matchup earlier this season to a surprisingly good Arizona Cardinals team, and some fans have even taken to adopting a Phish song as Wilson’s personal entrance music. It is only right that a fun team from the Pacific Northwest, from the city without an NBA franchise, should represent the NFC in the Super Bowl.

END_OF_DOCUMENT_TOKEN_TO_BE_REPLACED

Sometimes we mess up.

Sometimes we start singing the second verse of “Through the Wire” four bars too early. Sometimes we make promises we can’t keep. Sometimes we put off working on a project or writing a paper or formatting an article on hypothetical gambling until moments before they are due.

Sometimes we post articles on hypothetical gambling with a few spelling/mathematical errors, and don’t even give out winning picks. END_OF_DOCUMENT_TOKEN_TO_BE_REPLACED