END_OF_DOCUMENT_TOKEN_TO_BE_REPLACED

The Night Of is a story of binaries. It’s the tale of a naïve boy’s first encounter with the legal system and characters that are jaded after years under the crushing weight of the oppressive structure. It’s a story told in the subtly of Jack Stone’s smirk as he begins the biggest case of his career and the blunt reality that comes from the fist of a prison inmate. It’s both the story of the truth and tales lawyers will concoct before a jury of Naz’s peers.

This last binary is what begins the second episode. As Naz tries to explain the circumstances that led him to his prison sell, Stone interrupts him by saying, “I don’t want to be stuck with the truth.” The truth isn’t important, not for the court and not for the viewer. We already know the truth. Well, most of it. The first episode gave the audience an objective telling of the night in question. We saw Naz travel the streets of New York in his father’s cab. We saw him pick up the girl, swallow the pill, have sex. The only part we didn’t see was the graphic homicide. That’s the only truth we are interested in. But as Stone said, that truth does not matter.

END_OF_DOCUMENT_TOKEN_TO_BE_REPLACED

What is Mr. Robot about? Is it simply about a group of hackers cosplaying Fight Club attempting to overthrow the world economic order? That description would be a clean and timely elevator pitch, but the hacking is only a jumping-off point. Sam Esmail, Mr. Robot’s creator and show runner, has asserted that the show was inspired by the Arab Spring[1]. It’s possible that Esmail is trying to use Mr. Robot to make a statement about revolutions in general.

Yet, the show is set within the United States, and the action primarily takes place within New York City. Despite a recent streak of loud and angry political movements, there is no revolution in America, yet; just plenty of discontent about technological dependence, income inequality and a widening generation gap. Mr. Robot undeniably taps into all of the above.

END_OF_DOCUMENT_TOKEN_TO_BE_REPLACED

If you’ve ever debated the best shows on television, you’ve probably had some iteration of this conversation. And you know what, that person was right: The Wire was the best show on television. While titles like Breaking Bad and The Sopranos may be popping into your head, the fervent devotees are quick to note the series that depicts an unflinching portrait of Baltimore is undeniably the best. I’d argue its construction is the closest anyone has come to putting a novel on television.

Now, unpopular opinion alert: Orange is the New Black just stood atop a cafeteria table and silently declared itself the best show currently on “television.” It did so by following the blueprint laid out by The Wire.

END_OF_DOCUMENT_TOKEN_TO_BE_REPLACED 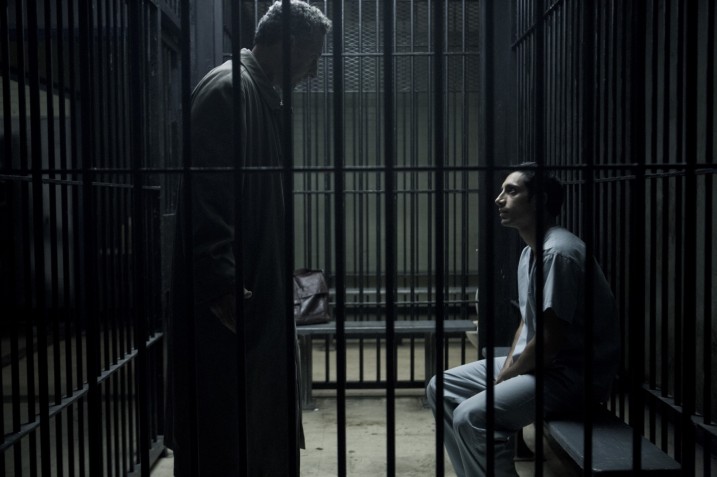 “The night is dark and full of terrors.”

That is a refrain from HBO’s hit fantasy series Game of Thrones, but it applies just as well, literally and figuratively, to the premiere episode of the network’s latest eight-part miniseries The Night Of.

The episode takes place over a single night in New York City, following Naz (Riz Ahmed), the soft-spoken son of a Pakistani cab driver. Naz’s night begins like so many stories about millennials coming-of-age over the course of an evening out in the Big Apple. He breaks the rules, taking his father’s taxi without permission, meets a mysterious seductress (Sofia Black D’Elia) and even swallows some pills (probably Molly). The night culminates with Naz having sex with the hot girl.

But the night is never “fun.” There is no soundtrack of plucky indie music that swells at just the right moment. Instead, Naz awakes to find the girl dead, stabbed to death in a grizzly scene out of a Saw movie.

END_OF_DOCUMENT_TOKEN_TO_BE_REPLACED

A common rhetorical question among, I imagine, people not in my tax bracket, particularly around holidays and on big occasions such as weddings, asks what you get the man[1] who has everything. If you live a lavish lifestyle, you presumably have all the needs of life covered, as well as any material possessions. It’s awfully difficult for your famous birthday party guests to get you peace of mind, or to cleanse your conscience of the many great sins you committed on your way to the top.

Roger Federer seems like somebody who fits this bill[2], having accomplished more than any other male tennis player in the Open era and likely being content, if not exactly pleased, with his dazzling semifinal run and subsequent exit from Wimbledon. As of his victory in this year’s French Open, Novak Djokovic is the same, as is Rafael Nadal, whose fall from grace has been as swift as his run at Roland Garros was dominant. All of which leaves the other member of tennis’ Big Four thoroughly othered, despite looking over the edge once more. Repeat after me: Andy Murray finds himself in a major tournament Final, against Milos Raonic at Wimbledon on Sunday, though it may again end up feeling like he has crashed the wrong party.

END_OF_DOCUMENT_TOKEN_TO_BE_REPLACED

Discovered in the Nile riverbank city of Beni Mazar in Egypt in the 1970s, the Gospel of Judas has long been a divisive document among religious scholars. Because it is sympathetic to the most infamous turncoat in history, its place in the Christian canon is dubious at best. Judas himself is, well, necessary for the progression of the whole kit and caboodle. Without him selling out for thirty pieces of silver, how does humanity get saved? Short of hitting the reset button and preventing Adam and Eve from diving haphazardly into that apple, we were all doomed anyway.

In the Hamptons over the weekend, representatives of several NBA teams did their best to entertain the most compelling free agent in years. Somewhat improbably, the Sanhedrin of the Golden State Warriors was able to pry Durant away from the organization that drafted him. Perhaps it was their startup culture surrounded by startup cultures. The way they perpetually frame themselves as underdogs, despite having just set the league record for regular season wins, meshes perfectly with Durant’s “I’m always second” brand. Their thirty pieces of silver, of course, includes a few glimmers of gold, the prize that has always eluded him.

END_OF_DOCUMENT_TOKEN_TO_BE_REPLACED

Today is July 1, which means Bobby Bonilla gets a check cut for $1,193,248.20. Or just a direct deposit. Or maybe the New York Mets will just passive-aggressively Venmo him at 11:57 pm tonight with some subtle apology, as if they almost forgot. “Ah guys, you know what, I almost forgot that Bonilla thing was due today.” Either way, that’s a lot of guacamole for someone who’s been out of the league for fifteen years.