END_OF_DOCUMENT_TOKEN_TO_BE_REPLACED

High expectations can be dangerous; overreactions, even more so. Change is unavoidable, so no one should be too shocked that the Carolina Panthers and Arizona Cardinals are both 1-3. It could be an unlucky streak, or it could be a changing of the guard. It is simply too early to say. Of course, some things never seem to change. To the frustration of many, the New England Patriots keep winning against all odds because Bill Belichick is a true football savant who consistently switches up his strategy to outwit the opposition. These narratives are not going anywhere, as fans will definitely still be debating the fates of these preseason favorites deep into December and January.

In the meantime, it’s better to focus on the developing subplots. These are not the stories that receive the most attention early on because everyone is too busy losing their minds over their fantasy season not working out as planned. These are the fun developments that show a player making the leap from good to great or the weird trends that threaten to turn the league upside down before they inevitably become just another footnote.

END_OF_DOCUMENT_TOKEN_TO_BE_REPLACED 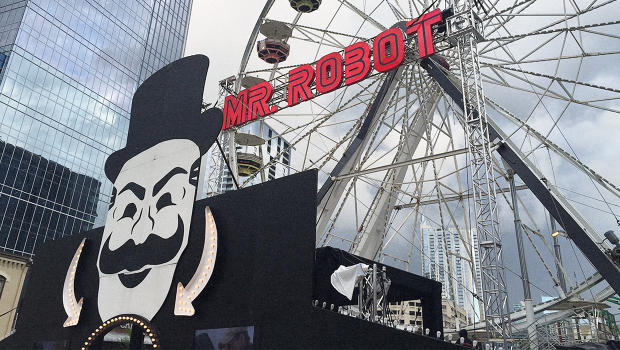 END_OF_DOCUMENT_TOKEN_TO_BE_REPLACED

Are you closely monitoring Arian Foster’s preseason reps with the Miami Dolphins? Do you think he has the potential to come back and run for yardage totals anywhere close to the impressive numbers he amassed during his pre-injury peak?

If you did not immediately have some kind of answer to these two questions, then congratulations, you most likely did not spend the month of August combing through pages of statistics, which may or may not only slightly increase your odds at monetary gain. You are also probably not keeping up with reports from sports media shills who are in the business of fabricating news out of athletes’ mundane daily routines to get clicks[1]. You might even be enjoying the summer sun. You made the right choice. Everyone else, keep reading as I talk myself through this dumb hobby.

END_OF_DOCUMENT_TOKEN_TO_BE_REPLACED

What is Mr. Robot about? Is it simply about a group of hackers cosplaying Fight Club attempting to overthrow the world economic order? That description would be a clean and timely elevator pitch, but the hacking is only a jumping-off point. Sam Esmail, Mr. Robot’s creator and show runner, has asserted that the show was inspired by the Arab Spring[1]. It’s possible that Esmail is trying to use Mr. Robot to make a statement about revolutions in general.

Yet, the show is set within the United States, and the action primarily takes place within New York City. Despite a recent streak of loud and angry political movements, there is no revolution in America, yet; just plenty of discontent about technological dependence, income inequality and a widening generation gap. Mr. Robot undeniably taps into all of the above.