Do not believe the hype. Mia (Emma Stone) and Sebastian (Ryan Gosling) are the villains of La La Land. They are both sociopaths. They are consistently inconsiderate to each other and everyone else around them. Let’s take a moment to ignore the stars of the film, and instead recognize its true heroes.

END_OF_DOCUMENT_TOKEN_TO_BE_REPLACED 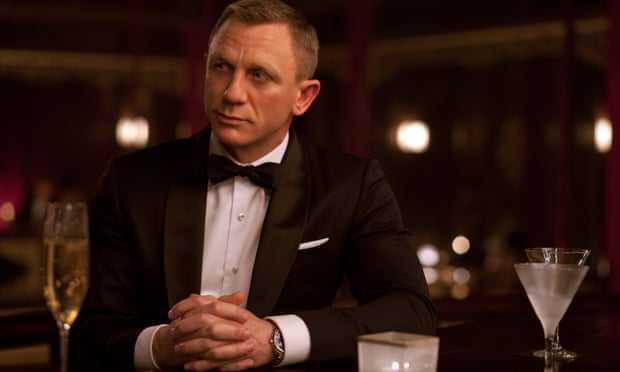 My first James Bond movie was Die Another Day in 2002. Pierce Brosnan was James Bond. I was 10. The movie was ludicrous. I loved it.

In Die Another Day, Agent 007 and his female counterpart, Halle Berry’s Jinx, drive their invisible car all around an ice palace in order to stop Gustav Graves from melting the ice caps with his big space laser, which he built with conflict diamonds. Don’t ask how or why the car is invisible. Gustav Graves was born North Korean, but he used some sort of DNA treatment to reverse-Rachel Dolezal himself into a white blonde man as some sort of critique of Western culture, maybe? His henchman, Zao, also tried to do this, but only half-Dolezal’d, so he’s just very pale and also there are conflict diamonds stuck in his face for some reason. There is also a mean British woman who they fight at the ice palace. Her name is Miranda Frost, because her parents had the foresight to assume that she would one day be a henchwoman in an ice palace. James Bond slept with her before he knew she was mean. Eventually they all fight on a plane, and the bad guys and gal die, and James Bond saves the day.

By just about any conceivable metric for evaluating film, Die Another Day is a bad movie. Despite the countless flaws that bloated this ridiculous film, it served as my introduction to all things Bond. The lines were cheesy, but even in the worst Bond movie the cheesiest lines are at least somewhat tempered by sexy delivery and the cool tuxedos. When I saw Pierce Brosnan order his martini “shaken, not stirred” in the ice palace bar, it felt like I was suddenly part of something big, something cool(this part was jarring; I was not a cool ten year old).