Talent is, for lack of a better explanation or phrasing, born into each of us. Whether we find our talent or not, and whose responsibility that is, can guide us to the almighty fulfilling of potential. It can be difficult, and some of us spend entire lifetimes searching for that fulfillment, as if those who’ve figured it out are members of a clandestine organization which exists merely to minimize the fact that, hey, you found $5 on the ground today, and isn’t that swell? Pay your taxes on time, save up, and maybe one day you too (yes, you!) will be able to shell out upwards of $240 for the privilege of taking your family to see a pair of so-called “professional basketball clubs” play against one another, but gee, they sure do try hard, don’t they?

END_OF_DOCUMENT_TOKEN_TO_BE_REPLACED 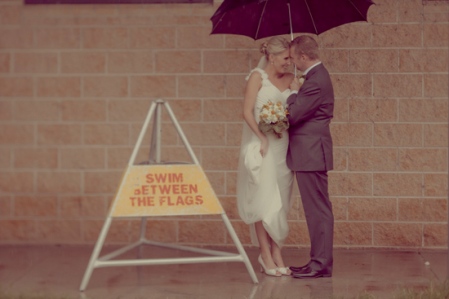 There’s not much to get excited about in the second half of February. If you’re in most of the Northern Hemisphere, it’s cold; football is over, if you’re that kind of person; there’s hockey and basketball and soccer, sure, but all of that’s just waiting around and tying up narrative loose ends; the grotesque excess of awards shows has Twitter at full buzz; there are no holidays off.

But there is a magical place that exists around this time every year that suspends reality for a few hours on Sunday and takes you away to bring out the best in motorsports. Thousands of people flock to the seaside to attend and see the world’s best on one of racing’s most picturesque venues. Here, the sands are just that little bit whiter, the grass a little bit greener, the ocean a little bit bluer. Competitors must contend with seagulls as much as each other. You can soak in the history even as you watch it happen in real time on television. It’s the antidote to your winter bunker mentality blues.

Yes, the World Superbike Championship was back at Phillip Island this weekend. Were you expecting something else?
END_OF_DOCUMENT_TOKEN_TO_BE_REPLACED

It’s that time again. February. Super Bowl season. Awards season. The greatest season in America because these are some of the most live-tweeted events in the country, and NOTHING brings the people together like live-tweeting. On Sunday, February 22nd, Awards Season pretty much caps off, with the 87th Academy Awards. Which will probably be as long, but hopefully not as boring, as the Grammys were this year. I’m sure we will all be rooting for Dick Poop, because this is America and we don’t let things like that die, but who else will win? I have no idea, because I have seen close to none of the nominated pictures. BUT I’m going to make my picks anyway, because (No, I don’t need a real reason, thanks).

END_OF_DOCUMENT_TOKEN_TO_BE_REPLACED

Call him The Freak. Call him The Alphabet. Just make sure you pronounce it correctly when you call him a champion.
How do you prepare for the Finals? Just ask Cliff: he’s prepared for anything.
This chart definitively proves that James Harden is an enemy of fun; the rest is up to you. Read more at the link in bio. [Stats from @basketball.reference]
A bike, and - what’s that? Someone to ride it? Smashing. Just like you, to the link in bio.
Kneel before Wardell.
Gritsylvania