In the last week, we have borne witness to two diametrically opposing yet clear examples of efficiency. Last Friday, Klay Thompson scored 37 points in a single quarter against the Sacramento Kings, breaking an NBA record jointly held previously by George Gervin and Carmelo Anthony. His ruthless shooting, 13-13 in all, slammed the door on the Kings in what had been a close contest. Several days later, at Super Bowl Media Day, Marshawn Lynch of the Seattle Seahawks conducted a full-scale display in performance art, pirouetting with reporters, fielding questions and answering them all the same way: “I’m just here so I won’t get fined.” His own unrelenting strategy captivated some and enraged others, and, like Thompson before him, sent the internet into a frenzy, triggering all sorts of ostensible #hottakes, including, I suppose, this one. But which outright disregard for others was more methodical?

END_OF_DOCUMENT_TOKEN_TO_BE_REPLACED

Klay Thompson enjoyed a record-setting 37-point quarter last week against the Sacramento Kings, sending the internet into a frenzy and reminding people that Steph Curry is not the only #heatcheck member of the NBA’s best team. Not to be outdone, Kyrie Irving put up 55 points against the Blazers without the help of LeBron James. Elsewhere, Damian Lillard of that aforementioned Blazers team is thankful to his detractors for not being an All-Star, and DeMarcus Cousins, noted first-time All-Star, corrects a writer on Instagram.

END_OF_DOCUMENT_TOKEN_TO_BE_REPLACED

Amazon’s forward thinking decision to be the next content supplier along with Netflix and Hulu gave the world the Golden Globe-winning Transparent. Now, with both Netflix and Amazon being validated as outlets worthy of cranking out new stories that can be both critically acclaimed and popular, the rush to create content with high profile names outside of a cable box is now the new normal.

With this, a few new pilots have been dumped out-of-the-blue for the casual consumer on Amazon. And there’s Mad Dogs with familiar names like Michael Imperioli and Billy Zane. Some show that looks like a highly polished Civil War dramatization (we sure do need another one!). And then there’s Man in the High Castle – a joint whose most high profile association is its executive producer, Ridley Scott.

END_OF_DOCUMENT_TOKEN_TO_BE_REPLACED 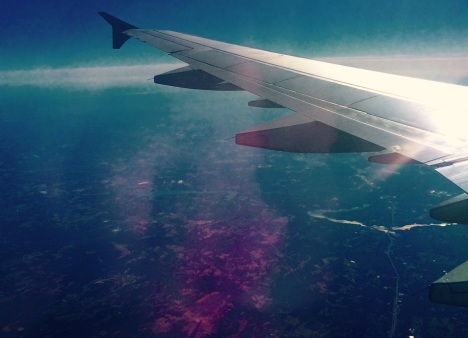 iJobs device/somewhere between LGA and CLT

Let’s say you’re a businessman or woman, the vague description that calls to mind people in pinstriped suits, carrying briefcases while closing deals on one of several cell phones (even though, in truth, it could literally be anyone in any profession). You’ve got a meeting in San Francisco with a hotshot tech company that you’re going to try to buy before it gets too big. Or perhaps you are a family of four, having arrived at JFK in the midst of another polar vortex dressed in vacation gear because you’re headed to San Juan for an extended weekend. Or maybe, like I was, you are a college student flying standby, sending prayers to your preferred deity and the Special Services desk that a seat, just one, leaves itself open for you to make it home in time for Christmas. Even the exit row will do.

In any of these cases, until recently, you were going to come face-to-face with a cultural touchstone that had become synonymous with quasi-gag gifts and airplane perusing. It was the bible for people who had forgotten their own reading material and the most important window into things we did not know we needed. I’m talking, of course, about the delightful in-flight catalog SkyMall, which filed for bankruptcy last week after twenty-five years of peddling weird and wonderful products.

END_OF_DOCUMENT_TOKEN_TO_BE_REPLACED 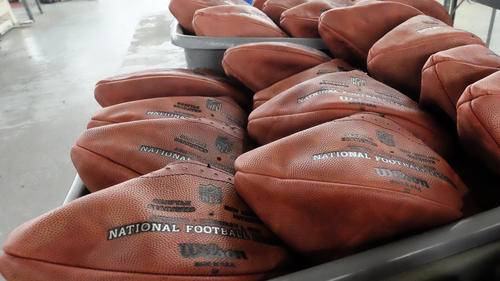 END_OF_DOCUMENT_TOKEN_TO_BE_REPLACED

We are not Lleyton Hewitt. Or, at the very least, I’m not, and I imagine the overwhelming majority of my readership is not as well. This is true for a lot of reasons; I am not Australian, nor am I the youngest men’s world No. 1 in history. I have yet to win a Grand Slam singles title, despite my wildest dreams, nor is my middle name Glynn. Most of all, however, I am not Lleyton Hewitt because I will never know what it’s like to play tennis on speedboats in the Sydney Harbor with Roger Federer.

END_OF_DOCUMENT_TOKEN_TO_BE_REPLACED

Forget 50 Shades of Grey. Forget… other popular and mainstream erotic novels (?). A Gronking to Remember is here — well, was here — and it will make you forget every other book you’ve ever read in your life. This modern masterpiece was penned by acclaimed (read: several of her Kindle novels have five stars on Amazon) author Lacey Noonan, the wordsmith behind other great works such as Hot Boxed: How I Found Love on Amazon and I Don’t Care If My Best Friend’s Mom is a Sasquatch, She’s Hot and I’m Taking a Shower With Her. However, her most recent work, centered around Patriots tight end Rob Gronkowski, was apparently way too steamy for Amazon, as the book (which cost a whopping $3 on e-reader) seems to have been pulled from the website. Luckily for all of you, I managed to sneak in a download before that happened.

In A Gronking…, Noonan introduces us to Connecticut housewife Leigh, who catches one glimpse of the patented Gronk spike (or the “football throw down thing,” as she so eloquently puts it) on a football Sunday and falls in love at first sight, much to the chagrin of her beleagured Jets-fan husband, with whom her marriage is already on the rocks.

Anyway, once she sees the Gronk spike, it’s all over.