Genres of music are being broken down into very specific, micro classifications due to the tags that taste makers, music bloggers, and critics fabricate to identify a certain styling that has yet to be labeled. At times, it can be difficult to keep up with but, at the same time, they are very fun to explore. Each week, I will explore a different sub-genre and try to explain the stains left on my shirt after climbing out of each tedious rabbit hole of musical stylings.

PBR&B (also known as indie R&B, alternative R&B, or, yikes, urban contemporary) is a relatively new sub-genre that was slapped with this distinction around the time that artists like Frank Ocean, Miguel, How to Dress Well and Theophilus London started to drop material. The sound of PBR&B is more or less defined by an exchange of ideas from several other genres such as EDM, hip-hop, rock and soul. It draws greatly upon the influence of R&B from generations past and filters it through a modern lens. The best examples of this are Ocean’s Channel Orange and How to Dress Well’s Total Loss. The former utilizes a lot of the same style techniques from legends like Marvin Gaye, Al Green in a lush, hip-hop oriented soundscape, while the latter feels more like a Ralph Tresvant record set to Gregorian chants. The artists that represent the sub-genre also diverge from the common theme that dominates the narratives of its standard bearers.

END_OF_DOCUMENT_TOKEN_TO_BE_REPLACED

TO: Matt Rosenfeld
FROM: Rory Masterson
SUBJECT: Tim Hardaway Jr.
Okay, so you watched more Michigan basketball than anyone else this season. Trey Burke was the crown jewel of that team, right? But the Knicks drafted Hardaway, so I can deal with that. How do you see him fitting in?

END_OF_DOCUMENT_TOKEN_TO_BE_REPLACED 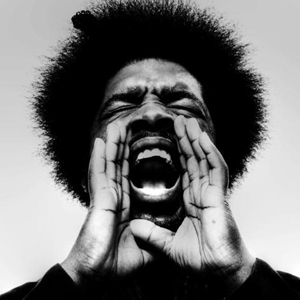 So begins the mid-life memoir of Ahmir “?uestlove” Thompson, Mo’ Meta Blues: The World According to Questlove. Thompson, whose drumming with neo-soul outfit The Roots and, consequently, on Late Night With Jimmy Fallon has catapulted him to fringes of the American musical conscience, a place which seems hard-earned and well-deserved, yet perhaps not entirely desired. The dedication, directed toward Roots co-founder Tariq “Black Thought” Trotter, sets the tone for an exploration of Thompson’s ego, which rides a strange line between pretension, generally about the history of the music he loves, and modesty, generally about his own career and the experiences which have made him who he is.

END_OF_DOCUMENT_TOKEN_TO_BE_REPLACED

Wimbledon is somewhat like the Masters. It’s steeped in tradition (BERRIES AND CREAM) and a color palette of purple and green that is as identifiable as the Kelly green and gold of Augusta National. The event is also marked by its air of privilege and exclusivity that rivals America’s Butler Cabin. Not everyone can get into the All-England Club, you know.

However, the upturned nose of Wimbledon was broken during the lead up to the tournament when Maria Sharapova and Serena Williams added what should have been another chapter to Bomani Jones’ #SHADE series.

END_OF_DOCUMENT_TOKEN_TO_BE_REPLACED

The 2013 Stanley Cup Finals will be remembered for a variety of reasons: it was the first final in twenty years to feature at least three overtime games,  it was the first final since 1979 to feature two of the Original Six franchises and it included perhaps the most improbable Stanley Cup-winning comeback in NHL history, a 17-second burst of offense that began with the Blackhawks pulling their immovable force of a goalie, Corey Crawford, and ended with a rebounded shot from Dave Bolland.

Really, it was an alignment of all the things that make postseason hockey a seemingly different sport from regular season hockey, one which people are more willing to ingest as a result of the excitement and fervor with which each team plays its games. No one leaves anything on the ice during the playoffs, or at least that is what fans are led to believe, and when a team has already played a legendary first-round series, with a legendary game 7, it is hard to continue putting out the effort to defeat team after team in route to a championship.

END_OF_DOCUMENT_TOKEN_TO_BE_REPLACED

I will always remember when I saw Ken Griffey Jr. play in Yankee Stadium. To this day, I have never seen a better athlete in person than The Kid. Even at a young age I knew I was watching something special, just by the way he carried himself on the field. Watching him tracking down deep fly balls to make them look routine, whacking a double down the left field line without a hitch in his swing, and playing the game with a true love that made you want to get out there and join him is something that I will never forget. Someday I will say to my kids, “Ken Griffey Jr. was the best athlete I ever saw in person.”

But what will I tell them about LeBron James?

END_OF_DOCUMENT_TOKEN_TO_BE_REPLACED

Don Draper looks up at the dilapidated, Victorian home that Bobby describes as being in a “bad neighborhood” to which Don replies, “This is where I grew up.” It’s a glimpse of Don coming clean with the demons of his past and letting his children know who he really is. Sally turns to her father, but, unbeknownst to her, it’s Dick Whitman staring back, not the man she caught with his pants down.

Season 5 of Mad Men ended with a shot of Don, in a bar alone, much like how the pilot episode, “Smoke In Your Eyes,” started. But instead of a bartender approaching him, it’s a young blonde woman who asks, “Are you alone?” The scene cut to black as Nancy Sinatra crooned in the background. For some, this served as fodder for “DRAPER BACK,” and people were salivating about an upcoming season where Don went back to being, well, Don. They wanted the man who was responsible for “The Carousel” without the addiction to alcohol. Or the guy who auditioned to Hilton while sleeping around behind his wife’s back. Instead, viewers were treated to the same man’s problems without any charm that served as sort of a justification for the band aids of drink and women which temporarily covered up the hatchet wound left by his upbringing. During Season Six, it seemed like the floor at Sterling Cooper & Partners had finally disappeared beneath Don’s feet, letting him fall until he ended up, not in an armoire, but a drunk tank. It was a sulking, bloated and disgusting Don Draper.

END_OF_DOCUMENT_TOKEN_TO_BE_REPLACED

When I moved to New York City for college, there was a list of things that I knew I would need to do to take full advantage of my time here in between classes and, you know, working my way toward being a half-decent, functioning human being in the post-undergraduate world. Along the way, various items have been added, put on hold, scrapped altogether or forgotten. One of the tasks I knew I needed to complete once I decided on staying in the city for the summer after my junior year was to join and play in a recreational city soccer league. After extensive research with the help of some people on the world wide web, I decided upon ZogSports as my league partly for its relatively reasonable entrance fee and also for its association with charities in and around the city (ZogSports requires teams to play in the honor of a charity of their choosing). After unsuccessfully trying to get a few of my friends to join with me, I went for it alone. I paid the bill and began the waiting game, hoping the almighty Zog would not stall too long before alerting me of my teammates.

END_OF_DOCUMENT_TOKEN_TO_BE_REPLACED

If you ask a random LeBron hater why he hates the greatest basketball player on planet Earth, the same terrible reasons will probably come up. People will call him cocky and arrogant. They will bring up “The Decision” and the choice he made in “The Decision.”