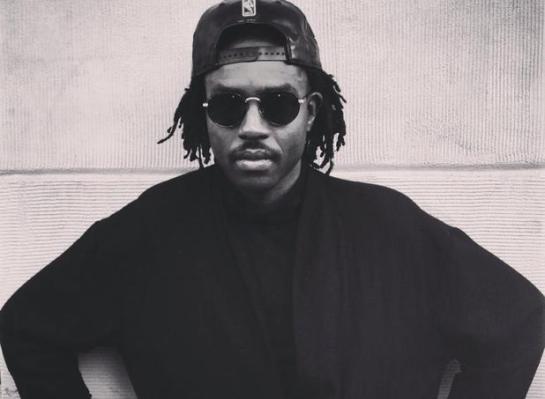 In 2011, producer and multi-instrumentalist Devonté Hynes released Coastal Grooves under the moniker of Blood Orange. The album was hit-or-miss, with more tracks that were outlines rather than fully-fleshed out ideas. It was an unrestrained attempt at injecting post-punk moodiness into late-70s stylized R&B. With clunky melodies and equally awkward song structure to match, Coastal Grooves seemed like Hynes picked his new project out of a basket without any full realization of its potential. After a year of working with artists like Sky Ferriera and Solange, as well as releasing cuts like “Dinner” and “Bad Girls,” the blanks in Blood Orange’s sound were starting to be filled in with denser production and immense improvement in song craft.

On Cupid Deluxe, the project’s sophomore effort, Hynes has taken his market fresh idea and squeezed as much crimson juice as he could out of it.

This much is revealed in the opener, “Chamakay,” where the stark black and white Manhattan iconography that Grooves revels in is traded for pastel colors and island vibes. It makes “Champagne Coast” from Grooves seem like a barren shore in the middle of the winter as the kalimbas, bongos set the stage for Hynes and Caroline Polachek’s vocal distrust of one another. It’s a dialogue that ends with a fluttering saxophone that acts as an ellipses to the conversation. The subject matter doesn’t stray far from this point; relationships, romance and mixed emotions are pretty much the theme of this album.

Much of the relationships that play out here are ones that are unstable, which speaks to Hynes’ transition from Brooklyn to Manhattan, an inspiration he cites on his tumblr. Tracks like “It is What It Is”, “On the Line”, and “Always Let U Down,” Hynes and his collaborators narrate from the perspective of characters who can’t seem to hold onto anything through mostly their own fault. The results are good, though some tracks are mired by their length, which drags out the disappointment through constant repeat of the track title. The mid-tempo instrumentation of each song doesn’t help either, with no variation in the guitar or bass lines to carry these off with the same dramatic effect of “Chamakay.”

The aforementioned tracks serve a sort of place holder role amid the more interesting cuts. “Uncle Ace” stands out with Hynes utilizing the androgynous drone of a drag queen who tells listeners that he’s “not like the other girls”. It’s set to a driving beat and strumming guitar that coasts along like the ACE train line that the song references. It rises near the end with dramatic, lifting horns that fully realizes it as a take on Kraftwerk’s “Trans-Europe Express”.

As the train ride fades into the New York night, “No Right Way” picks back up with a plucky guitar that is reminiscent Vampire Weekend’s self-titled debut. The Dirty Projectors’ David Longstreth and Friends’ Samantha Urbani lend their voices to a track which weaves their dysfunctional tale of push and pull around the low-key percussion and ascending guitar riffs.

Urbani, it should be noted, is Hynes’ current girlfriend, which helps add chemistry to the parts where she plays the role of a key contributor. She shows up again on “You’re Not Good Enough,” a break-up song which struts away coolly as the victim fails to close his gaping mouth. Her other highlight is on “Chosen” where her vocals are looped for a choral feel which hearkens back to the rainy window feel of late-80s R&B. Her last contribution is on “Time Will Tell,” the album’s closer that feels like a mashed-up remix of “Champagne Coast” and “It Is What It Is.”

“Time Will Tell” is a culmination of the musical ideas performed on the album. Hynes incorporates the Hip-Hop feel that is executed on the Soul II Soul callback “Clipped On,” as well as “High Street”, a song that sounds like it was ripped off of The Weeknd’s Kiss Land. He also adds the dense R&B executed on the lengthy “throwaway” cuts to end the album definitively as to what a Blood Orange record should be.

If Hynes continues to record and make music under his latest project, it will be hard to lump his first two efforts together. Grooves attempts to capture a mesh of several styles of the late-70s that barely make a dent in your psyche. Cupid Deluxe‘s amalgamation of late-80s through a modern prism however leaves you feeling the emotion that it aims to exude. There’s no room for guessing as the 2011 debut forced the listener to do. Hynes wants you to know each of the feelings he’s purveying. Though the execution may be off in parts, there’s no doubt as to the emotional weight that’s been bled into this album.