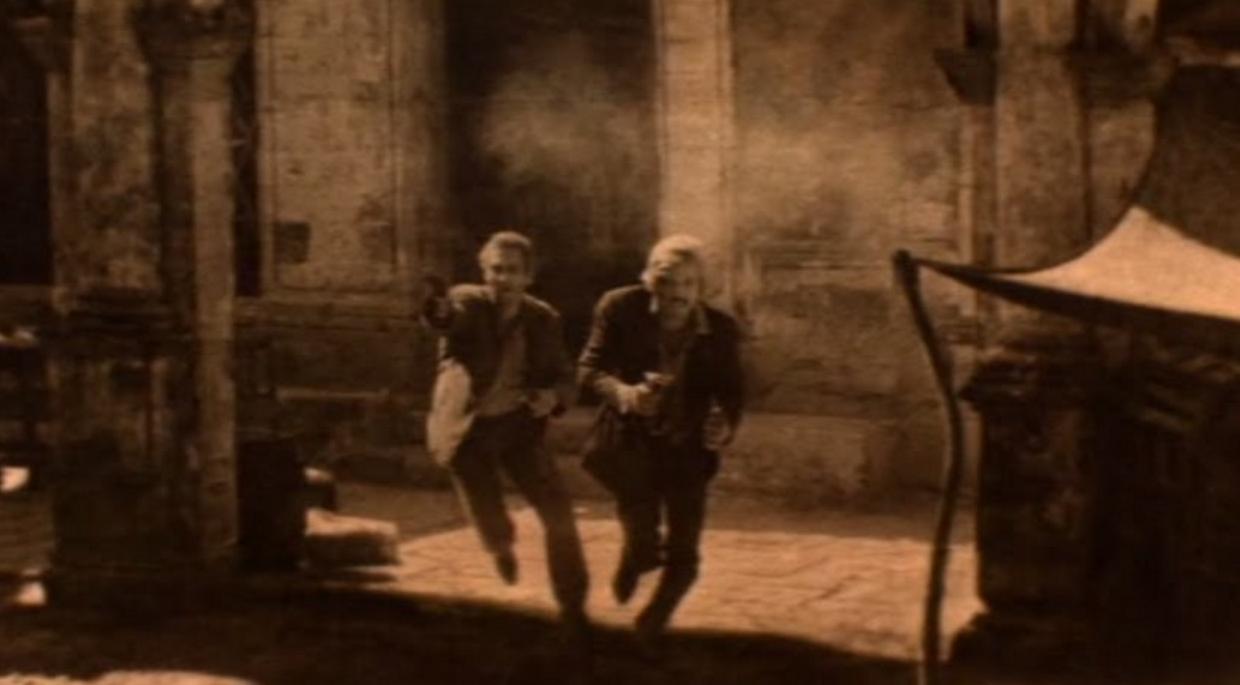 “Boy, I got vision, and the rest of the world wears bifocals.” – Butch Cassidy

When the final whistle sounded on Game 7 of the Western Conference Finals in May, a certain feeling of deflation accompanied the confetti which fell from the rafters of Oracle Arena in Oakland. After having been up three games to one in the series, the Oklahoma City Thunder squandered their lead to the defending champion Golden State Warriors, the 96-88 final score of Game 7 being the most painful exclamation mark of any during the Durant-Westbrook Thunder era. Even with Kevin Durant lined up to be a free agent in the offseason, it still stood to reason that he had more to lose by leaving Oklahoma City than by giving it at least one more go with his explosive comrade in arms.

Already, the rest is history, albeit of the continually developing nature that calls for perpetual scrolling lines of text alerting the viewer to the absolute latest hard truths, highlighted in red and bolded beyond reason. Durant left to sign with the Warriors, the very team that had beaten his own before going on to put together an even more spectacular collapse in the NBA Finals. Westbrook re-signed with the Thunder, finally and definitively taking the wheel after years as Durant’s foil. Tonight, back in Oracle Arena, the erstwhile brothers meet as opponents for the first time.

First things first: if the Mayans had any sense of how prevalent recreational athletic activity was going to become, they might have reconsidered making any predictions about 2012. Between last night’s World Series Game 7 featuring clubs with two historically tortured fanbases[1] and tonight’s unholy reckoning in Oakland, it will be something of a miracle if the Four Horsemen don’t arrive sporting Draymond Green jerseys, ready to kick humanity right where it hurts the most. That’s to say nothing of the presidential election next week.

Now, about the Westbrook situation: have you been watching this alleged human being? Do you know that through the first three games, he averaged 38.7 points, 11.7 assists and 12.3 rebounds on an otherwise morally unconscionable 40.4% usage rate? He alone, all 6’3” of Russell Westbrook, also grabbed over a quarter(!) of available rebounds and shot a career-high 56.7% true shooting percentage. His Player Efficiency Rating, for which the league average is 15, sat at 36.5 entering last night’s game against the Los Angeles Clippers. For his psychotic efforts, the Thunder began 3-0.

Granted, yes, okay, the Thunder have not played the toughest slate of opponents to open the season, starting with a closer-than-it-should’ve-been win over the Philadelphia 76ers, an overtime win over the Phoenix Suns and a relatively comfortable drubbing of an inexperienced, Kobe-less Lakers squad. But still! Billy Donovan has completely unchained Russell Westbrook, knowing full well it is (probably[2]) completely unsustainable, and Westbrook has paid him back for the favor with interest.

On the other side, Kevin Durant has made his usual accumulation of points from all areas look as hum-drum as you or I folding laundry. Averaging 28.5 points, 4.0 assists and 9.0 rebounds on 57% shooting, despite his 23.1% shooting from three, has already helped Durant mesh with the Warriors. An uncharacteristic and equally unsustainable team-wide cold spell shooting from three – 29.3% through the first four games after shooting an outrageous 41.6% during last year’s record-breaking campaign – has some people talking, but those people are looking for systematic trouble where there is only change, to which everyone must adjust.

After the Warriors’ season-opening loss to the San Antonio Spurs, led by Kawhi Leonard, who has thoroughly and completely lost his mind on both ends of the floor in the best possible way, some fans and experts seemed like they were ready to throw this version of the Death Lineup into the San Francisco Bay. Hell, even Kevin Durant himself was inside his own head, and he hadn’t even been on the team for a single week of the regular season. A troubling win over the Suns[3] gave way to Tuesday night’s sparkling defeat of the Portland Trail Blazers, and the Warriors are 3-1.

The Warriors’ immediate show of fallibility, however, added an extra bit of flavor to what many presumed was an 82-game precursor to another run to the Finals, where they would match up with the Cavaliers for another installment of “LeBron James Is Better Than Everybody.” Speaking of sustainability, a hallmark of Silicon Valley, the Golden State’s troubles are largely centered on their lack of a compatible center. We all knew Andrew Bogut played a huge role in Golden State’s starting five and defensive units, but we presumed adding Durant and rolling out a Super Death Lineup more often would mitigate those concerns. It hasn’t quite worked out as easily as all that.

As much fun as it would have been to watch the Thunder go after a title one more time with last year’s assemblage of players, Serge Ibaka included, we would have always felt that way until and unless they won a championship. Any split between Westbrook and Durant, whether via free agency or trade, was bound to destroy the idealism we as fans had surrounding them and their merry bunch of disruption artists. Until last year, Thunder teams featuring healthy versions of Westbrook, Durant and Ibaka had never lost a playoff series. Maybe this was how it had to be.

Now, equipped with mostly better teammates and one gaping alternative scoring option, Russell Westbrook is a man with his back to the wall in a shack. Outside, the Bolivian Army awaits, prepared to gun him down. That isn’t to say Westbrook is alone – Victor Oladipo has worked out quite well, and Steven Adams continues to develop into an astounding two-way big, which may be just the antidote to defeat the Warriors throughout this season – but it will always feel like Westbrook is fighting on his own behalf, and only his own behalf.

Tonight, he charges out of the shack, firing. Oklahoma City may very well lose, but Russell Westbrook has never been one to leave a bullet in the chamber.

“They could surrender to us, but I wouldn’t count on that.” – The Sundance Kid

[1] Obligatory LeBron/Cavs mention, although the era of the liberated fan suggests not all Indians fans are Cavs fans, or vice versa

[3] Phoenix is playing up to better opponents, but they’re also probably a bit better than many people gave them credit for heading into the season.