You must understand: He did this. It was for him.

END_OF_DOCUMENT_TOKEN_TO_BE_REPLACED

Some of this is chatter; some of it is Mike Breen’s idiosyncratic delivery (courtesy of his alma mater, obviously). The Golden State Warriors enter Game 6 of the NBA Finals with a chance to win their fourth title in eight years largely because of the former number one overall pick, a tweener-ish guy left to falter but by the grace of God, Kevin Durant, and Bob Myers.

Former number one overall pick Andrew Wiggins had a night in Game 5, delivering 26 points and 13 rebounds in a 104-94 victory over the Boston Celtics. It put the Warriors up 3-2, which isn’t even a threatening games lead for Golden State; you know, when the Warriors did go up 3-1. You know how that goes.

END_OF_DOCUMENT_TOKEN_TO_BE_REPLACED

Over a week later, the question everyone was asking before the playoffs is now one that continues to lurk: what becomes of these Brooklyn Nets? Steve Nash’s team has lit itself aflame once again, but who threw the match? They, of the highly touted scoring tandem, once briefly of a threatening trifecta that no team could think about stopping, could shudder? They could seek fate?

A 116-112 Boston Celtics win on Monday night sent the Nets packing. While they were busy making love with their egos, Ime Udoka was leading his continually resurgent squad to a sweep over a team many once considered to be NBA Finals favorites. It’s worth asking of this iteration of the team: do they seek fate, or does fate become them?

END_OF_DOCUMENT_TOKEN_TO_BE_REPLACED

The days are getting longer. They look short but continue for ages. At once, a new day will be upon you and gone almost before it happened. They pile up, the days, and the blurring of colors at dusk can just as easily be the memories of events that slip between the cracks, regardless of importance.

When we think about the things that are familiar, we can have a sense of present-nostalgia: yes, I know that deli; of course, I’ve seen that player many times; indeed, I fell out without ever actually falling in with a group of people during that game. We think we know who we are, and we assert that to the world, only for the world to remind us of a different reality.

For a time almost destined to be locked inside of itself, quarantined or otherwise, the Philadelphia 76ers are a perfect emblem. The sense of what the Sixers are, or were, or will be(?) has shifted in the various allegedly-conscious organs of fans and onlookers nearly by the minute ever since Ben Simmons essentially ruled himself AWOL. Joel Embiid is currently enjoying an MVP-caliber campaign, this time as earnest as ever, but – thanks to old pal Daryl Morey – here comes James Harden, and the bevy of his flavor in seeming full force.

END_OF_DOCUMENT_TOKEN_TO_BE_REPLACED

What we’ve more or less known for several years spanning multiple presidential administrations is that a person, currently in his thirties and born in Ohio, is the most important and influential men’s basketball player of the past twenty years, at least. While it’s contentious to suggest that the state is the birthplace of aviation, as the state itself does, instead of aviators, which is what it is, its place as a basketball haven is beyond question.

The antecedent, however, lies in the heart of the beholder: LeBron James is, by most credible accounts, at least the second- or third-greatest basketball player ever to walk the earth. His performance in the 2015 NBA Finals, nevermind the following year, won many people over following his period of Heat villainy.

Then again, well, the guy who spearheaded the Finals win over him, as well as two more later on, put on a 37-point performance Tuesday night against a former teammate’s would-be superteam when the Golden State Warriors beat the Brooklyn Nets 117-99. That guy, Steph Curry, was (and, the hope goes, always will be) cooking.

END_OF_DOCUMENT_TOKEN_TO_BE_REPLACED 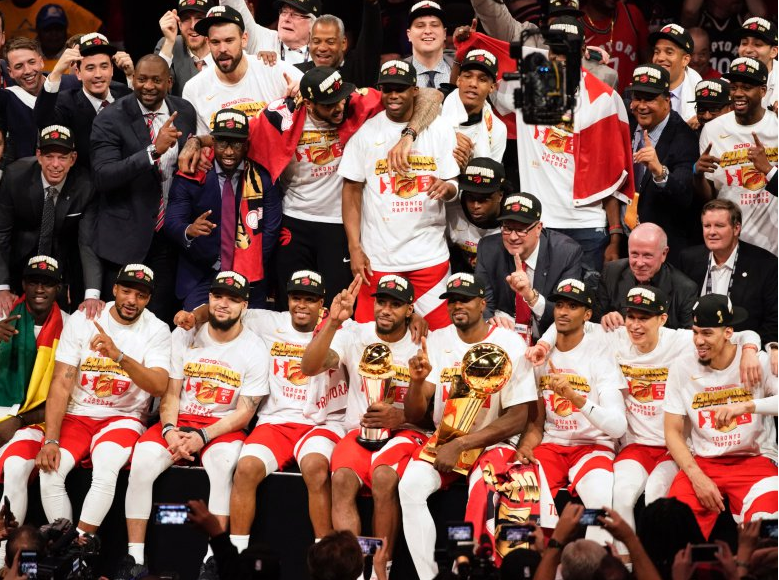