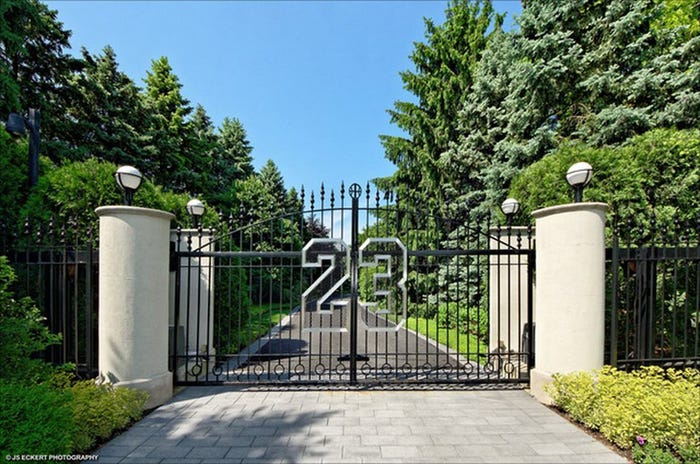 First of all: Hello. How are you doing? Are you safe and sound? Do you have what you need, or know how to get what you need in responsible fashion? Have you acclimated to the sounds of sirens happening all around you, or at least to the dull murmur of people performatively reacting to those and other things that will never affect them personally on television? Cool and good < A phrase you may or may not use when looking at anything happening in the United States of America in response to a literal plague befalling those of us lucky enough to inhabit the land of hope and dreams.

Keeping in mind how much all of that is relentlessly destroying us, particularly how much money people accumulate who don’t particularly seem to have any utility for it beyond “Hey I have more money than you do lol,” and also ahead of a particularly enticing documentary premier on behalf of Mickey and friends Sunday night – The Last Dance, an unprecedentedly in-depth look into the 1997-’98 Chicago Bulls season – let’s talk about Michael Jordan’s house in Chicago.

Having since gone on to both play for and literally be the governor of NBA teams separate from the one with which he is most closely associated as a player, Michael Jordan’s shadow is long enough to extend onto the shoes of many current professional basketball players, including Russell Westbrook, Kemba Walker[1] and Kia Nurse, as well as players in sports that Jordan both played and didn’t.

Jordan is also the presumed author of a well-known quote regarding failure; I had to watch an ad to watch the ad he narrated with it. As such, His Airness is familiar with coming up short. One notably well-documented case is his governorship of the Charlotte Hornets; another is his inability to shake the home he had in Chicago for the second three-peat with the Bulls.

As of this writing, Jordan’s house has been listed on Zillow for 2,969 days, or a bit over 8 years. Its price has fallen from an original listing of $29,000,000 to around $14.9 million[2]. One might assume that at some point between the economic recovery and, uhm, right now, the house would’ve sold, perhaps to some other billionaire-with-a-B with an affinity for the Jordan-era Bulls teams, or even just for the iconography associated with Jordan. After all, those of a certain means love building giant, live-in monuments to themselves, only to leave them entirely empty, perhaps for their own bemusement.

Then again, well: this joint, located about 25 miles north of Chicago in Highland Park, Illinois, is especially Michael Jordan. It is as Jordan as Jordan can be. It has a full-sized basketball court, complete with Air Jordan branding and the names of his kids, as well as a cigar room, swimming pool and a table based on the streets of Baghdad[3]. It has fourteen parking spaces and a lounge adjacent to the court, as well as many other arenas seemingly built for the purpose of feeding Jordan’s proclivity for gambling: a putting green and a pool table.

Did you know that, apparently, during the 1998 NBA Finals, Michael Jordan attempted to learn how to play piano? No word on where that ended up, although the large sitting room with a piano might suggest that MJ occasionally hits the chopsticks, even if he isn’t going full Beethoven[4]

Lacking subtlety, as its owner typically has, the front gate features a large 23. According to Business Insider, Bruce Bowers of Bowers Realty Group seems to believe that might be why the home won’t sell, but I’m not…buying that. Anybody with that kind of coin in the first place could pay to remove it; alternatively, I am glad to roll out there if and when we re-enter the other timeline and go Birmingham Barons on that thing with Louisville’s finest lumber.

Jordan pays something in the neighborhood of $100,000 a year in property taxes on the 56,000-square-foot home, which sits on a seven-acre plot of land, which, again: if you’re looking into the prospect of buying Michael Jordan’s house in the first place, what do you care? 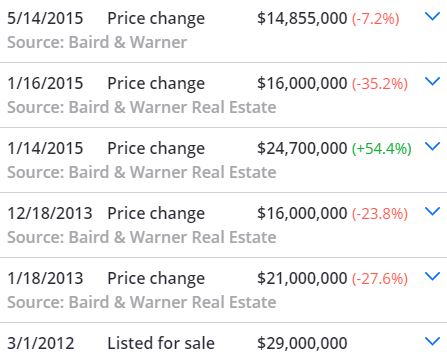 As an added bonus, prospective buyers can become immediate sneakerheads[5], as Jordan has promised a complete set of Air Jordans along with the house. I presume that appreciates every year with each new release but have no confirmation on post-2012 editions.

It may be that Jordan’s house is too much a shrine to himself[6], that the air is too thin for anybody else up there. It may be that Highland Park just isn’t a place people much want to be most of the time. Jordan sure doesn’t; despite being in charge of the Hornets in his native North Carolina, he has taken up most of his residential time in Florida.

Maybe some buyers are simply scared off by Jordan himself, a man who doesn’t need the money but is looking to cash in anyway. Plenty of NBA players in the ’90s certainly seemed to be, sooner or later, and we’ll catch the finest, last bit of that with this documentary. Stars: they’re just like us, yet so, so very different.

[3] A reference to the unnecessary force he occasionally pulled out, I’m sure, such as when he shot a free throw with his eyes closed.

[4] The one area in which Kobe Bryant may have totally surpassed Jordan, unreleased evidence notwithstanding: maybe The Last Dance gives us the footage refuting that (Footnote to the footnote: I want to see Michael Jordan punch Steve Kerr. Not that I want to see that, necessarily, but knowing that it happened, and knowing that Steve Kerr is, at least publicly, one of the nicest people in the NBA, while Jordan has maintained his “asshole-til-I-die” image into governorship, makes me wonder what Steve Kerr did to solicit that action from the otherwise-indomitable Jordan)

[5] Shout out to TwH contributor Derek Beaupre: you trying to get this house and these shoes, my man?

[6] Which is exactly what he doesn’t seem to want, as ESPN’s Ramona Shelburne uncovered ahead of the documentary’s release