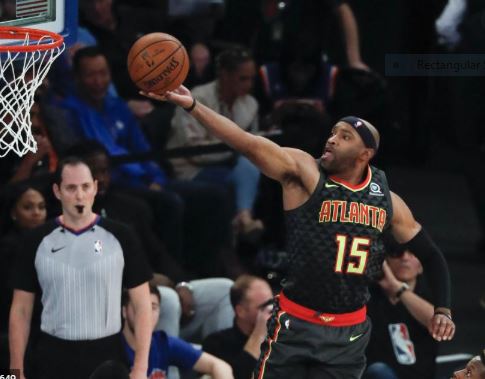 As a presumptive coastal elitist[1] and Russell Westbrook champion, it serves you best to take everything I say at face value – I would never assume as such regardless, though. Even so, the spread of coronavirus has made it even more apparent that large-scale things do actually need to happen, and that perhaps they aren’t happening on a large enough scale.

And yet! – the NBA announced midway through the early games Wednesday night that the league would be suspending its season for the foreseeable future, seemingly attributable to a positive COVID-19 test from Utah Jazz center and two-time defending Defensive Player of the Year Rudy Gobert, a man who made a point to touch all reporters’ mics before leaving a press conference earlier this week.

There are a lot of issues involved here, most, if not all, of which the White House and your POTUS is not addressing and will not address, foremost being that universal health care is a fundamental human right. I am not speaking on behalf of anyone involved with TwH, but if you’re reading, you probably know what time it is. And now, finally, we get to talk about the NBA.

I want to make it clear how little I understand what is happening to most people – it has infected New York City, where I live, as well as all of the other places of high volume and relatively little square footage, and, judging by most accounts, it is quite possibly on its way to you, as a reader of this blog, as an American, as a North American, as someone who has visited Asia or Italy recently, as someone who is human, as someone who knows any of the above – so I cannot and will not assume the importance of what I am about to say on behalf of anybody except to again suggest that, maybe, not having to worry about health insurance at all is a good thing, among the problems that you otherwise undoubtedly have in your life[2].

All of that notwithstanding – and from a stance of the utmost unimportance, I assure you – it turns out that Vince Carter may have played his very last game in the NBA tonight. If we make it through all of this, it will be good to have something about it on the other end, not the least for which because I’ve cared about Vince Carter since the earliest basketball memories that I have.

Impending two-week self-quarantine for Gobert and all the balls he’s slapped into the stands aside recently, something I especially do not like slipping between the cracks is what may be Vince Carter’s final NBA appearance and shot – a three-pointer he made.

Admittedly, Grant Hill was my first basketball love – I remember his stunning work as a Junior Michael Jordan of the Detroit Pistons during the actual Michael Jordan’s reign, and I expected him to pretty much do what LeBron James did a few years later. For the most part, he fit the bill: a longer wing with more athleticism who, despite a slightly less notable killer instinct and fluidity, would change the way the game I played as a seven-year-old was played. For a while, he did[3].

Grant Hill meant Duke; Duke meant NOT the University of North Carolina. That kept up for a while, and I missed out on the budding years, when I bothered to look, of players like Rasheed Wallace, Jerry Stackhouse and, of course, Vince Carter.

Carter made his NBA debut during the lockout-shortened 1999 season; it was February 5, to be exact, and current Hawks teammate Cam Reddish would be born seven months later on September 1. Much to my delight, he defined what a Slam Dunk Contest should be in 2000, and did the same in the Summer Olympics the same year[4], and I came out staunchly in favor of Vinsanity ever since, his 2001 diploma debacle notwithstanding[5].

Vince was the most important player in the history of the Toronto Raptors pretty much instantly, and that ruined his relationship with his cousin Tracy McGrady. He only ever played a season with would-be franchise talisman Chris Bosh before forcing a trade to New Jersey, a team that had reached the NBA Finals in two of the previous three seasons.

From there, Vinsanity became the all-around player that, while not quite being Jordan himself, was every bit the player that anybody expected to be Jordan from, say, 1996-2002 or so could have expected[6]. He became a smart defender, a wildly intelligent shooter and enough of a shooter to keep defenses honest into his autumn years, in the mold of Jason Kidd (and, sure enough, Grant Hill) before him.

I don’t know that there is a professional basketball player that I respect more than Half-Man, Half-Amazing; he is someone whose “It’s over; it’s over” proclamation in the year 2000 made me instantly feel, as an eight-year-old, that whatever I was watching was about to change one way or another.

His late-career path through backbeat Western Conference teams and, ultimately, the Atlanta Hawks squad – with whom he hit a non-consequential three-pointer against, sure enough(!), the New York Knicks – which seems to have climaxed Wednesday night, was its own odyssey, one that had its equal “Vince Carter is still in the league? Ha!” and “Vince Carter remains! AMAZING!” fronts.

Everyone seemed to have known the bearings of the situation, and when it was announced, Lloyd Pierce immediately put him in the game. Carter hit a three, something he’d mastered by his age, and that was that. The Knicks won, just as they had the night Steph Curry became Steph Curry. These things ought to be equally important, for they are equally influential.

Vince Carter will never be what everyone thought he was supposed to be, but also: who among us is? It behooves us to try our very best under this system, if only because we must; Vince Carter was always a “must-have” candidate, the person whose credentials could get him onto any NBA team by virtue of just having been there for so long, and being so willing to adapt.

He was amazing to watch, in full. In an age of self-awareness, he brought about a universality of appreciation. He made it okay to enjoy a relative old man, in the face of so many of those who ruined everything else. He was great, and he will soon be a Hall of Famer. Vince Carter is forever.

[2] Then again, if you don’t: bully for you, Tony Parker, and congrats on your boat tour with Boris Diaw this summer, which will be smashing

[4] Where he landed the greatest dunk ever, against a Knicks draft pick whose name I do know but do not want to perpetuate in order to protect the innocent, which makes tonight all the more apt

[5] He flew to Chapel Hill the morning of Game 7 of the 2001 Eastern Conference Semifinals against Allen Iverson’s 76ers in order to receive his diploma; he went 6-18, and 0-3 from three, in a one-point loss that saw him miss the buzzer-beater to win and invite many people who’d probably never cared about him otherwise to question his work ethic

[6] As FreeDarko notes: there were a LOT, especially surrounding Kobe one way or the other