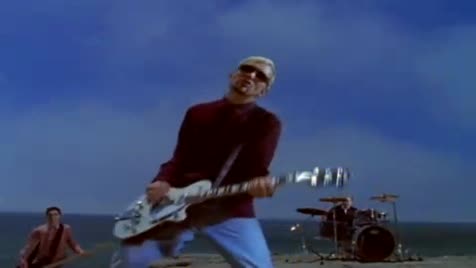 With the team (early Saturday/late Friday?)’s trade of Paul George to the Los Angeles Clippers, the Thunder have yet again become a freak show – a place to see what you think you might see, but in ways that you may not have expected. Russell Westbrook has embodied that.

Now is as good a time as any to declare something that longtime readers know offhand – Russell Westbrook is perhaps my favorite living athlete. The things he can do with a basketball, and has done, far outnumber his shortcomings, at least as far as I sit right now[1]. The confidence he has in himself is unparalleled in the NBA[2]. I don’t think that Russ ever gets out of bed on gameday and thinks that this is a day in which he will lose, no matter the opponent or quality of his team.

#LETWESTBROOKBEWESTBROOK caught me early on, but in its efficacy, it took on a certain flair that suggested haters just didn’t understand, or couldn’t be moved off their perches, despite Westbrook’s tenuous relationship with his own jump shot. Westbrook’s evolution from 2014 to 2017, Durant’s departure obviously noted, became a calling card for the lessers of society, the dregs and outcasts who were told they weren’t good or smart or righteous enough to get by. Russell Westbrook had the righteous stuff, as Tom Wolfe would put it.

The thing is, though – the quality of his team, combined with what he thinks he is in today’s NBA, is problematic. I’m not yet of the opinion that Westbrook cannot figure out a way to be a winner. His usage rate has decreased each season from his MVP year – before which Kevin Durant left him – to now, from 41.7% to 30.9%. He had Paul George for two years, and it worked out famously for him in the regular season before blowing up in the playoffs, but it remains that he seems to be able to adapt to his teammates.

Westbrook is 30, and will be 31 only a month into the season; the Thunder are reportedly exploring options to trade him. That is going to be exceedingly difficult, given his contract, age and the way he approaches the game in which he makes money. Oklahoma City also have the advantage of perhaps the greatest trade haul ever. Russ is a max contract signee, someone like John Wall without actually being John Wall.

What does it take, then, to escape that John Wall purgatory? What becomes of Russell, Steven Adams and even Andre Roberson, a combination once thought to be enough to challenge for a throne in a non-Warriors world? Presti promises only the best, and the wheels are promisingly, excruciatingly, in motion.

[2] That includes Damian Lillard, whom I love, sending the Thunder to an early grave in this past postseason with one of the greatest shot any of us will ever see.