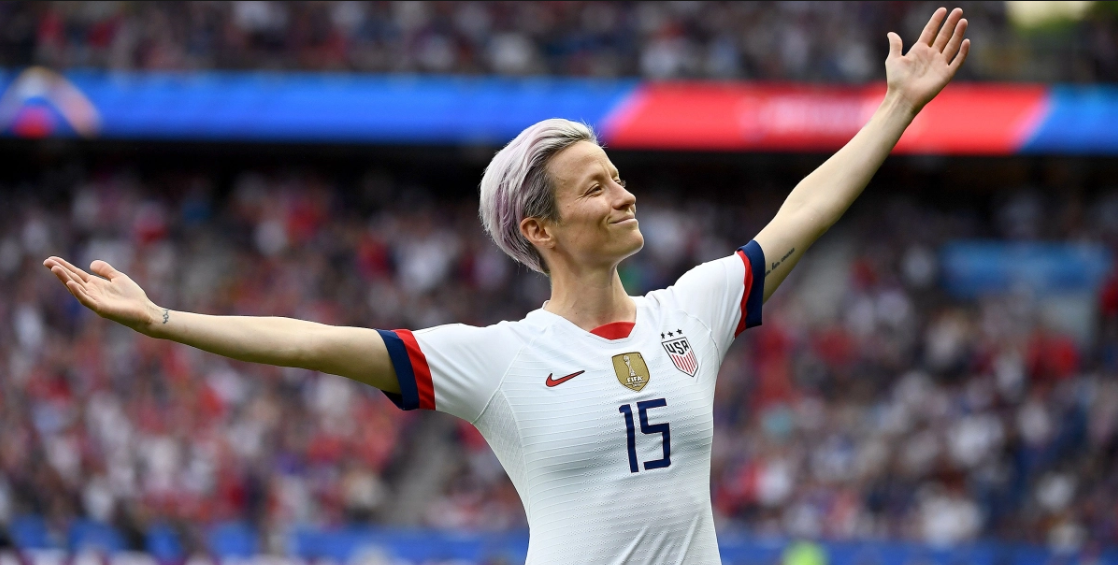 Being a fan of “the United States of America,” generally, is a tough proposition in 2019, unless you are outwardly racist, classist or otherwise preoccupied with not caring about anyone too much apart from yourself. The exceptionalism that this nation suggests from the start – from broadcasting only the specific versions of the sports we claim to have invented to the gun-ready celebrations of people whose purpose was to tear this democracy down – is a fallacy, and one that no detractor is willing to accept, but is stands nonetheless.

Yet, pulling for the United States Women’s National Team in soccer has never been particularly troublesome, if you knew what you were looking for. Objectively, their skill is literally unparalleled, at least as far as going into a final against the Netherlands is concerned. They won an opening match against Thailand by a score of 13-0, which infuriated a lot of people who were apparently not paying attention to the USWNT when they beat the same team by a score of 9-0 in September 2016.

Megan Rapinoe has, peacefully to most, made the US Women’s National Team her own. She delivered perhaps the greatest single cross in US soccer history eight years ago[2], so it’s her right to say a few things regarding the nation she represents.

Rapinoe is in the running for the greatest living American athlete. Her run over the past thirty days certainly stakes her claim, and that includes her indifference, if we’re being generous, to appearing at the White House[3]. She is creeping toward being the greatest American soccer player that this country has ever produced, and her activism plays especially well with her unquestionable ability.

Alex Morgan, an exceptionally high-profile player, has similarly expressed her issues with the differences between how the men are portrayed in their celebrations, particularly in light of her tea-serving gem against the English in the semifinal, versus how the women are portrayed.

The United States play the Netherlands Sunday morning for the chance to defend the World Cup. They won this in 2015, and yet, many continue to contest their claim to being worthy of their attention, beyond their appearances or sexual affiliations.

That is, in a word, horseshit; this is a team I in which I feel comfortable having pride. No less an authority than Sue Bird – one of the greatest living point guards, full stop – signed off on this, with authority, and that was more than enough for me.

This team is the strongest affiliation I’ve had with any kind of patriotism since Michael Phelps, and it’s because they know, what Rapinoe knows, what this nation is up against. It isn’t their responsibility to solve everything, but their efforts to represent us, whatever “us” is, is so valiant that it deserves merit far beyond that which the destitute multitudes can provide.

And yet – give us the best soccer that you can muster, the strongest footwork and slightest of hand that you’ve got – and we’ll be there, cheering happily, hoping that this is a future we can abide, one way or another.

[1] I hope not to embarrass him – I think he knows what time it is, as per our other-other brother’s vernacular.

[2] An act that a lot of people currently upset with her will not remember, due to their own misogyny (which they will write off as “patriotism” in some regard or another)

[3] “I’m not going to the fuckin’ White House” is from a video that was recorded months ago, but its resonance caught fire over the last two weeks, and remains THE programmatic statement of this women’s team, because how could it not be?