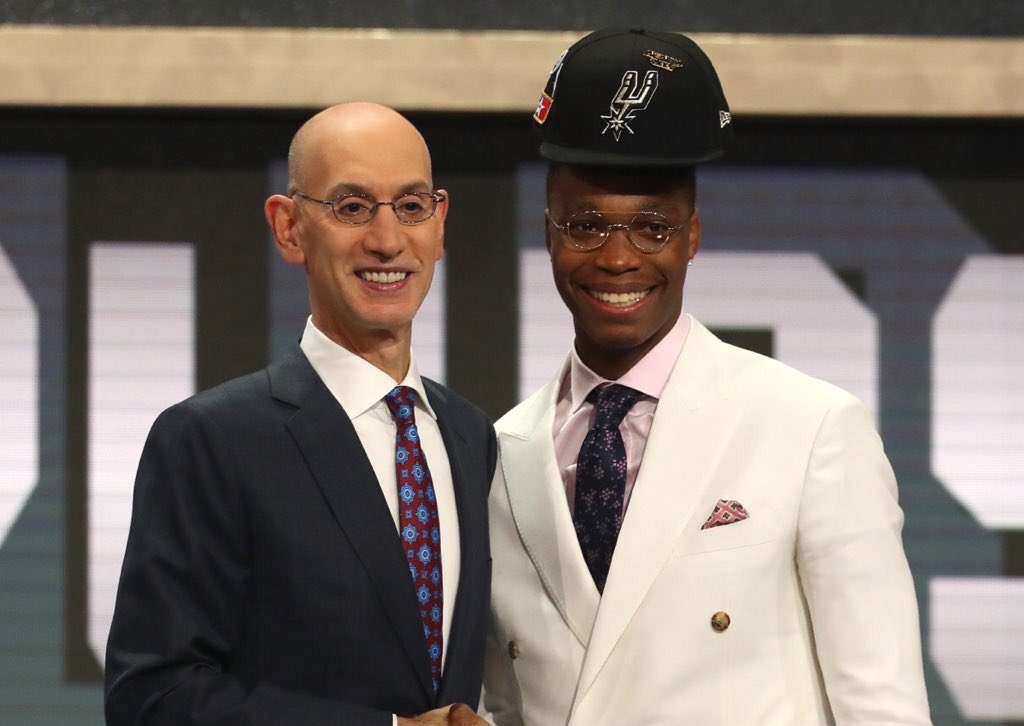 On the second, I mean, just look at each team’s draft record: for every Steph Curry-Klay Thompson-Draymond Green run, there is an equal and opposite Ike Diogu–Patrick O’Bryant–Jermareo Davidson run. One blue chip prospect equals a hundred guys whose latter career stages included being perpetually banished to the free agency pool in successive editions of NBA2K until, finally, their license contract with the league runs out, and everybody forgets that they became marketing agents, or account executives, or farmers five years ago. Ownership and front office dynamics have every bit to do with this, of course, but it’s not like even the most savvy front office people, let alone the owners[2], can adequately predict a player’s impact.

That first stretch of draft picks, the basis of a dynastic, all-time team under whose rule we’re all currently buckling, began only two years after the second stretch, a collection of gentlemen whose NBA careers totaled 367 games, or approximately the average of three-pointers Curry made over the two-year stretch from 2015-’17. It’s the same franchise, although ownership changed in between Curry (2009) and Thompson (2011).

Even the most skilled basketball players can have trouble adapting to the league, something which is not at all uncommon for a 19-year-old human being moving to a new city or, in some cases, a new country. Teams have gotten better at addressing the mental load young players carry and helping them to adjust, but there is only so much they can do.

Draftniks now trumpet on behalf of vaguely-defined assets like “physicality” and “basketball IQ,” which is all well and good until a guy touted to have high basketball IQ is switched onto LeBron James in the fourth quarter, or a guy said to have had preternatural physicality is forced to go toe-to-toe with Rudy Gobert in the paint.

Spacing and “length” are a little easier to figure out given their statistical bases, but even then, Malik Monk could show up and shoot six points worse in the pros on half as many attempts. Even Mo Bamba, with his NBA draft combine record 7’10” wingspan, is going to struggle defending a Kevin Durant jumper.

Meanwhile, Greg Oden hasn’t played competitive basketball in two years and has been out of the NBA for four. Anthony Bennett may never claw his way back to the league, only five years after being the first overall pick. Kwame Brown, Andrea Bargnani, Michael Olowokandi – these are the people whom Deandre Ayton could become, nearly as easily as Joel Embiid, himself nearly a draft hype casualty.

Admittedly, I don’t watch a whole lot of college basketball until March. Who has the time for missed jumper-after-missed jumper[3], with the camera so high it looks like the Goodyear blimp got suspended in the rafters of Cameron Indoor. This is also leaving out the fact that the NCAA’s impropriety via its continued, inexplicable existence rivals only that of FIFA, the POTUS and the internet-bound Macedonian teenagers who (probably) make all of that possible.

Let’s take, oh, just for instance, the New York Knicks, whose recent draft history is littered with non-biodegradable garbage and also Kristaps Porzingis: I’m not going to pretend to know anything about Kevin Knox, aside from the fact that he went to Kentucky and, prior to that, a Catholic high school in Tampa. I could watch hours of game tape from his time in Lexington, and it wouldn’t make a difference. He wears a hat better than our friend Lonnie Walker up there, though, so (furiously loads humor cannon, waves at crowd, climbs in) hats off to him for that, at least.

Point being: you just never know. Green, famously and perhaps-infamously at this point, was a second round pick, a doughy do-everything post-ish player whom the Warriors made their heartbeat and defensive hub. Doug McDermott was a Naismith College Player of the Year. Draft stock is even more volatile than Bitcoin, and equally as densely unknowable.

[1] To paraphrase: “very difficult” is abolishing the NBA Draft; “impossible” is eating the sun.