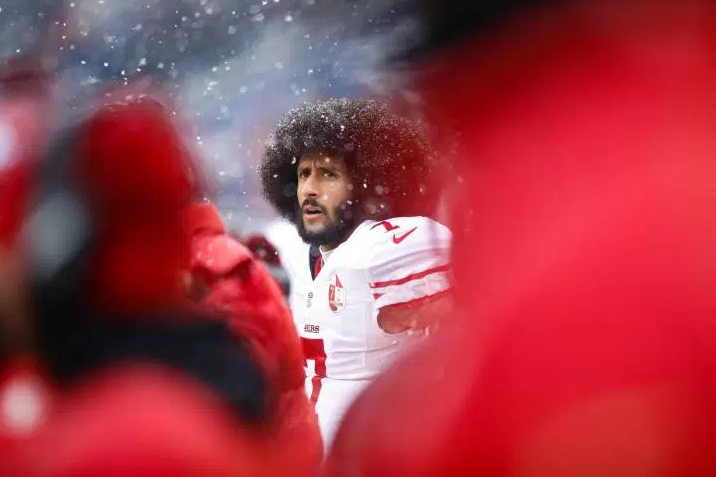 Even when an athlete does #sticktosports, they can end up in boiling water with various critics. Just ask Serena Williams, the greatest tennis player of all time, who has been subjected to racist taunts and prejudicial language for the entirety of her 22 years as a professional – which, of course, is one short of the number of Grand Slam singles titles she’s racked up over that span. The best revenge, as Frank Sinatra is said to have astutely pointed out, is massive success.

Something truly amazing about the relationship people have with the athletes whose work they adore – or musicians, or artists, or anything in a similar, presumably entertainment-based field – is how receptive they are to opinions unrelated to their work. It recalls the Seinfeld episode in which Jerry, frustrated at having been heckled, goes to the heckler’s office and boos her. Jerry’s comedian friends laud him for having lived out a fantasy.

This is, of course, overly simplistic and reductive; you might think you want Draymond Green showing up to your office simply because it would be a sight to behold, a spectacle, which is what you’ve always reduced Green to anyway. But then you consider the dismissive tweets you sent about him, the flippant replies to his mother and the racial epithets you threw his way, particularly in comparison to his much lighter-skinned, more populist teammate, Stephen Curry.

For all his misguided bluster and “back in my day” rhetoric about the NBA being a more physical[2] league in the ’90s, Charles Barkley deserves credit for the “I am not a role model” campaign, if only because it so forcefully upended so many stereotypes surrounding role of the American athlete, particularly the African-American athlete, in our society.

Yet, over two decades later, fans continue to look to athletes for something more than exhibitions of technical prowess. So long, of course, that the athletes in question affirm and perpetuate their own belief systems, whether moral, religious, societal or otherwise. Stand at the podium, say you tried your best, avoid topical or controversial statements, get off the podium. It’s a routine as ingrained as any in the American cultural landscape, which is why when somebody like Kaepernick, or Marshawn Lynch, or LeBron James and the Banana Boat crew, breaks from that rule, there is an outcry. 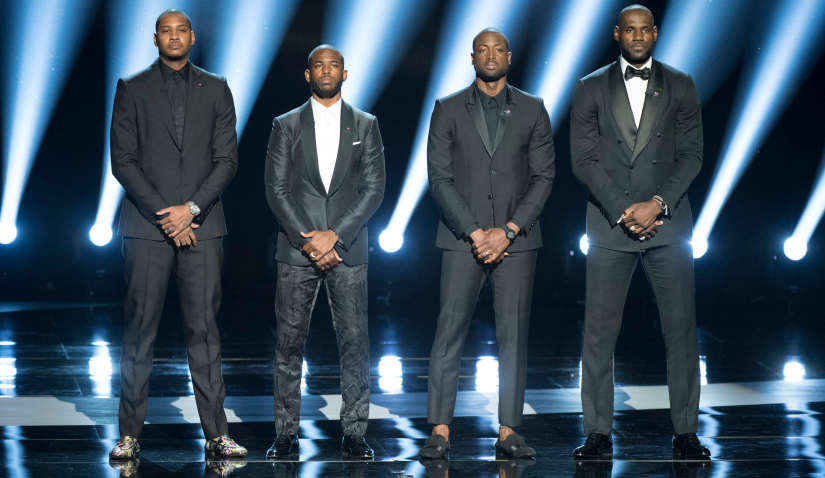 The hierarchy in American professional sports is well-established: the (overwhelmingly white) owners pay the checks to their (mostly white) head coaches and (much more diverse) labor force. The (diverse, but priced-for-white) fanbase shows up to boo, cheer, hiss and applaud, and then goes home and reads the grumblings of some beat writer who heard a rumor that will inform the fan’s next water cooler discussion. Everybody has their place, and everybody has their right to say what they like about other parties’ actions, except for when it disagrees with their own thoughts.

All of this – athletes and their politics, fans and their politics, activists, racists, those pushing for equality and those attempting to suppress the voices of the rest – introduces various questions surrounding the First Amendment, but one jumps to the front. It isn’t a terribly fresh point, nor one to which we don’t already know the answer, but it remains a rhetorically relevant one: if some people are so hard-pressed to defend the rights of neo-Nazis and white supremacists to speak their minds, why do many of those same people want to stop Colin Kaepernick and, by extension, Black Lives Matter from presenting a vital counterpoint?

You, right now, presumably reading this on the apocalyptic digital device of your choosing – are you thinking that I should #sticktosports, despite my admitted lack of expertise? Or did you click the link, giving me the benefit of the doubt, because I am a straight, cisgender white man living in an urban area?

In the grand scheme of things, sports matter very little, and their ability to inject a dying conversation with vigor is meeting depreciating returns against the current political atmosphere. If, however, at some base level, sports are meant to reflect life, then the attempted suppression of athletes’ opinions is a proper proxy for what has culminated in that atmosphere, and what led to the events in Charlottesville, Virginia over the weekend.

Use a player’s ostensibly diminishing talents to keep him off your team’s roster; use the tumbling of a monument representing a figure not primarily of American history, but of decidedly and literally treasonous history, as a means of filtering hate. Stump for “freedom of speech” for as long as you can, but don’t be surprised when you find yourself blacklisted for any opinion, however benign, that dissents from a dear leader.

[1] But then, what would he #stickto? Certainly not business, as there is no demonstrated expertise there; perhaps to reality TV, but then, some semblance of something behind the show itself must inherently recall reality, so there’s an unsatisfying circular logic there; Can one #StickToBeingTheSonOfAnAllegedKlansmanAndSlumlord?