Respect in sports is personal, as subjective a concept as can be. People respect seeming effortlessness, as in the case of Steph Curry’s cocksure 35-foot bombs under duress. Those same people may value in the same measure the distinct work ethic required to reach Curry’s dominance in the first place. Earning respect takes a variety of forms – achieving an objective preeminence helps, but so does fighting on behalf of a teammate and playing through the end of a long-dead season with as much tenacity as at the start.

Two separate, but thus far equal, entities continue to struggle with earning the respect of fans and casual observers. For the Charlotte Hornets, an identity crisis has stifled interest in a relatively small – but growing – basketball market, whose most notable notoriety this month comes on the heels of legislation rather than the home team’s magnificently disciplined run to and through the playoffs. For the Cleveland Cavaliers, another issue of identity has chased the team for two seasons. In both cases, fairness never bothers to pick up the phone.

Let’s take a trip back to 2002: Charlotte Hornets owner George Shinn, he of the modestly-populated Wikipedia page, which runs inversely to his ego, has decided to uproot his NBA franchise and move it to New Orleans, where it doesn’t have to compete with college basketball or a city without defined culture. The Hornets, with their impeccable color scheme and short but dynamic history, skip town, leaving behind a devoted fanbase and a burgeoning metropolitan area.

Two years later, BET founder Bob Johnson takes the honorable route of naming a team after himself and, nevertheless, returns professional basketball to Charlotte. Emeka Okafor wins Rookie of the Year in 2004-’05°; Gerald Wallace is the franchise’s first All-Star in 2010¹; Larry Brown infiltrates the team, and then Michael Jordan; the Bobcats make their only playoff appearance under that moniker in 2010, getting swept by the Orlando Magic.

That was an abridged history of the team through its first years, but it seems appropriate. Like its home city, the second iteration of the Charlotte NBA franchise long struggled to define itself, often piecing former All-Stars and names who meant something in the Research Triangle once upon a time together to see what stuck, yet nothing ever did. Being in a small market and not having a noticeable rich history didn’t help the Charlotte franchise. It’s not like Amar’e Stoudemire would’ve been able to bathe in red wine at the Thirsty Beaver anyway.

Drafting Kemba Walker in 2011 gave the franchise what many saw at its first real look at developing a superstar since the first overall draft choice in 2004. Like Okafor before him, Walker was a star at UConn, leading his team to the national championship. In what was increasingly a point guard-driven league, Walker seemed like just the cornerstone around which to build a winner. In the summer of 2013, the Bobcats signed former Utah Jazz star Al Jefferson as a low-post scoring threat, and an all-important equilibrium seemed within reach.

When the league returned the rights to the Hornets name, logo and color scheme to Charlotte in 2014, hope was the buzz around town. Teal and purple were the colors of Alonzo Mourning, Muggsy Bogues and Larry Johnson, players to whom the city had developed a connection during their runs of success in the 1990s. Hornets is a much better name than Bobcats anyway, if we’re being honest. 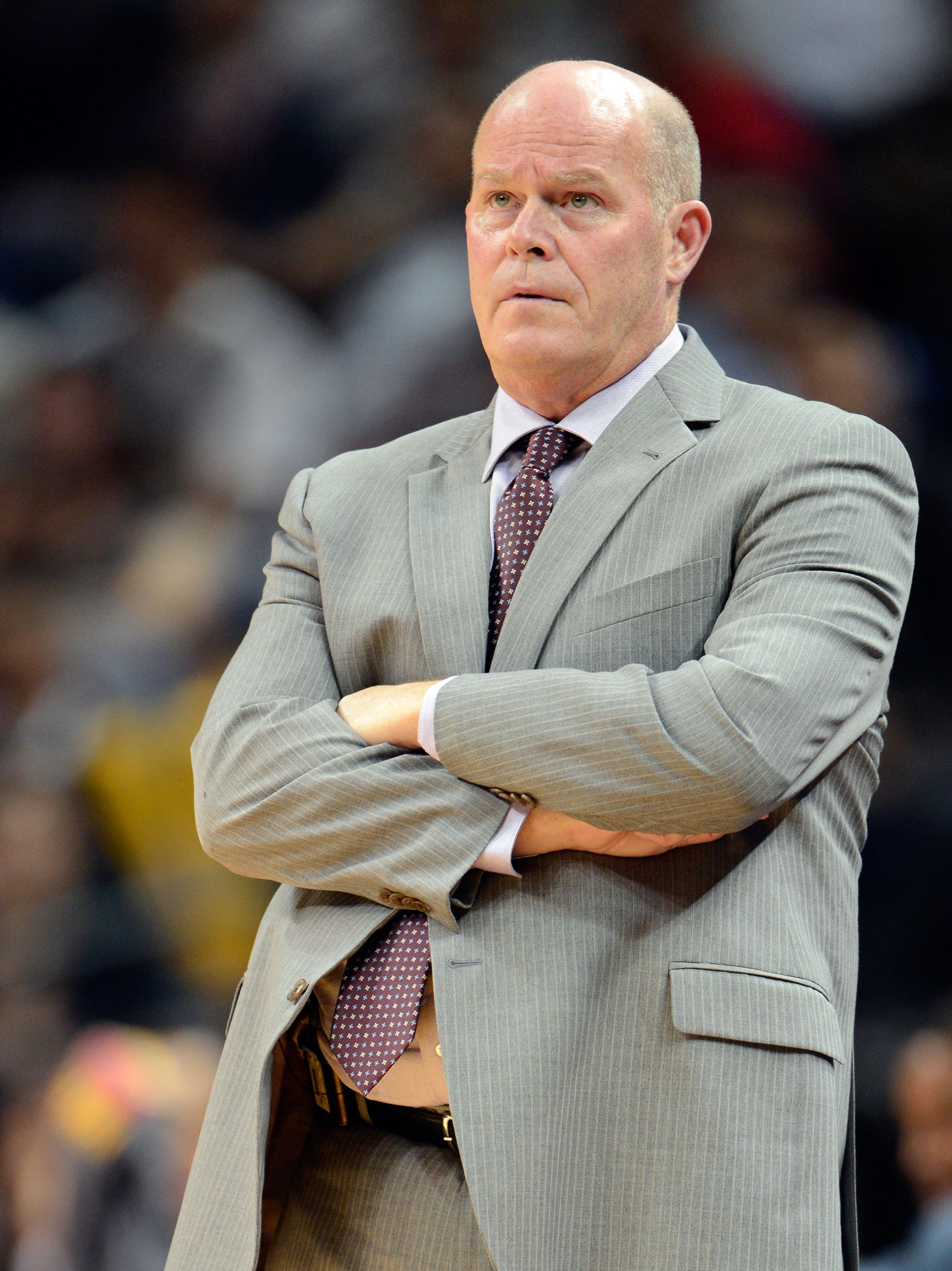 A disappointing return season as the Hornets gave way to this one. The early demise of Michael Kidd-Gilchrist seemed to spell doom for Charlotte, yet head coach Steve Clifford’s defensive schemes and rotations have worked in just the right quantities to make you almost forget that MKG was even supposed to be the third-best player in this edition.

Jeremy Lin’s re-emergence as a compelling scoring option off the bench, the additions of Nic Batum and Jeremy Lamb and the (possibly underrated?) drafting of Frank Kaminsky have all added various sheets of depth to this Clifford’s team, which now holds a 3-2 series lead over the Miami Heat.

With the ongoing backlash to HB2, it’s fitting that the Hornets continue to fall by the wayside in terms of attention. Before they took the lead over Miami on Wednesday night, did you even know the Hornets had been tied with the Heat? The biggest story coming out of that game is whether or not Dwyane Wade deserved to get a foul call² on a shot attempt in the closing seconds simply due to reputation. Wade’s wife, Gabrielle Union, seems to think so. Perhaps people are afraid a Hornets series victory would prevent a reunion between LeBron James and the Heat in the second round. All the while, like a turbo-charged version of the Grizzlies, grit and grind, just trying to earn respect to go with their wins.

Speaking of James, the greatest player of his generation continues to fall short of critics’ expectations, which are perpetually and impossibly high. It took almost two full years, and a LeBron-approved coaching change, but with the full integration of Kevin Love into an entirely healthy team, the Cleveland Cavaliers remain the favorites in the East.

Following the Cavaliers’ sweep of the Detroit Pistons, themselves a well-coached group of angry, frustrated young lads, many couldn’t help but comment on how weak Cleveland looked. Imagine being as accomplished as James is, or even as Love or Kyrie Irving is, handling an opponent as efficiently as is possible from a team standpoint and still hearing how you could have done better.

No wonder LeBron takes vacations to Miami in the middle of the season, nevermind the relentless winter weather in Cleveland.

Love has returned to something resembling his Minnesotan form, averaging a double-double over the four games against Detroit while knocking in threes at an almost 40% rate. Irving is the team’s leading scorer, having averaged 27.5 points and adding almost five assists per game. J.R. Smith, Tristan Thompson and even Matthew Dellavedova are all contributing at expected rates, with more to come from Iman Shumpert as he is asked.

Despite playing in a weaker³ conference, Cleveland is an excellent team who has at times struggled with its own sense of identity, mostly stemming from perceived off-court bickering. LeBron-as-social media manager has been weird, but if it gets him fired up, all the better for the Cavs. The deeper this team goes into the playoffs, the more fuel it is going to need.

The supplemental parts are going to matter as April turns to May turns to June, but this team remains about its primary triptych, an unholy combination on paper that seems finally to be figuring its way toward sin on the court. In a very general way, you can see a reflection of Charlotte in LeBron, trying to achieve past glories while establishing his own legacy for the people that have supported him the whole time. Individually, LeBron has earned the respect of his peers, of his predecessors, of the media and of the globe. What he’s striving for now is perhaps the only commodity more valuable than that: redemption.

²Not in the playoffs, not that late in the game, not when the refs had just blown a call that should’ve benefited Spencer Hawes moments previously

³Read: less top-heavy, more balanced, and actually better overall (Read II: this conference does not have the Warriors, Spurs or Thunder)