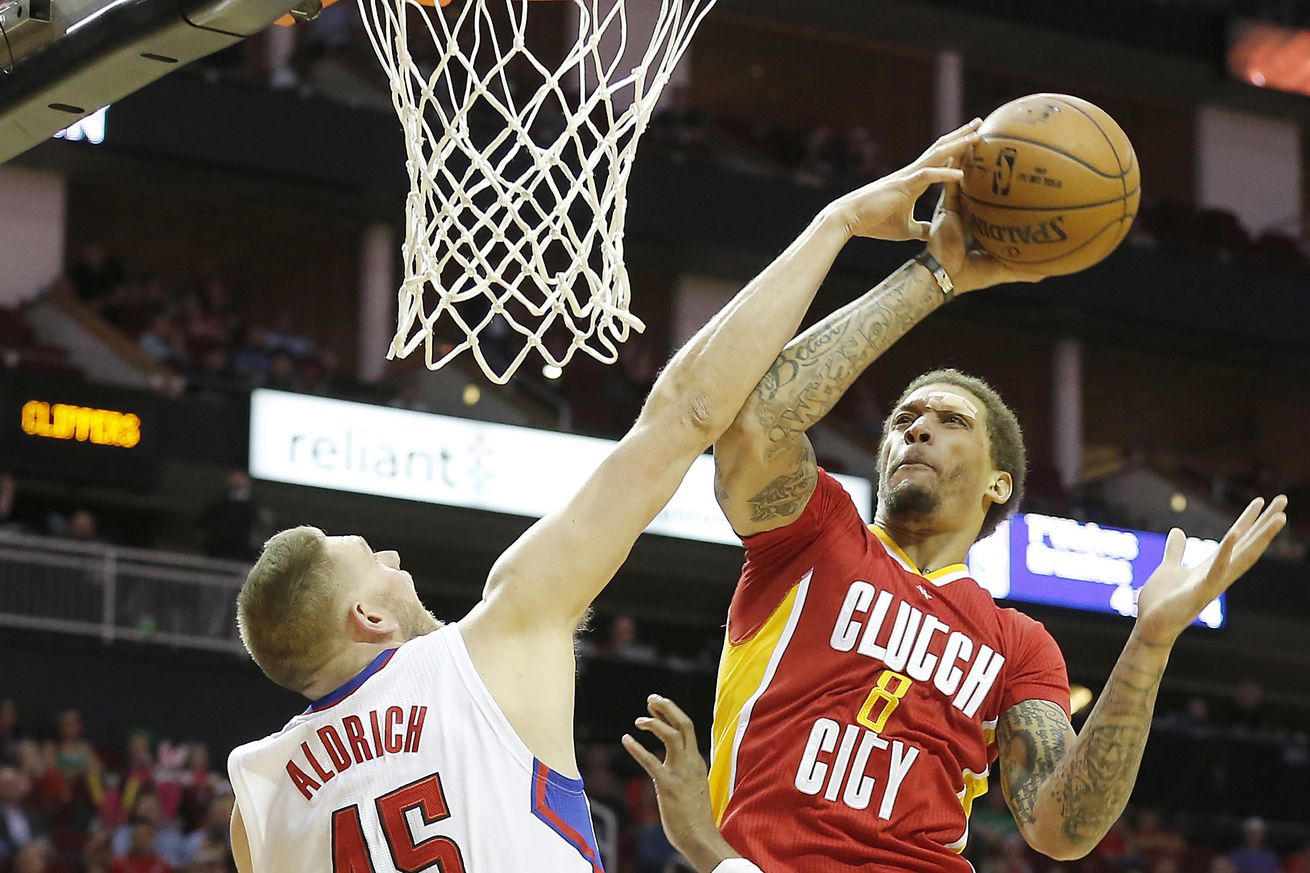 Potential is a fickle mistress. In the right hands, she can grant you the world, mold you into a giant, open doors where once there were merely plastered walls. Precocious potential can just as easily buckle under the conspiratorial weights of onlookers, both the hopeful and the atheistic. It takes more than a little bit of luck to successfully extract talent from potential, with many left wondering whether the pursuit is alchemical in nature. We’ve covered this before, of course, but it’s worth doubling back anyway.

When surveying the biggest stories left to contemplate during the dwindling NBA regular season, one sees quite the smorgasbord of offerings: the Golden State Warriors’ courtship of 73 victories°, Kevin Durant’s impending free agency¹ and a teammate dispute in Los Angeles that somehow pulls the double magic trick of 1) dimming the spotlight on Kobe, and 2) making Iggy Azalea a sympathetic figure. Strange days, indeed.

A few steps beyond those thinkpiece generators, however, lies the curious case of Michael Beasley, the former number two overall pick in the draft and, thus far, one of its most prodigal sons. The quick version goes something like this: after attending six (!) different high schools, Beasley spent one incredible year at Kansas State, leading the nation in rebounding and averaging the third-most points per game while earning first-team All-American honors.

The Miami Heat took him right after Derrick Rose in 2008, another case study in potential, and watched as he averaged 13.9 points and 5.4 rebounds per game line on his way to an All-Rookie First Team selection. A solid sophomore campaign, albeit one in which his three-point percentage fell 13%, gave way to a trade to the Timberwolves in order to create cap space for Decision-era LeBron James.

After having arguably his best all-around season for a 17-win Minnesota team under Kurt Rambis and alongside Kevin Love, Beasley has gradually regressed, jumping from Phoenix to Miami to China…to Miami…to China…never missing an opportunity to receive a paycheck from Pat Riley for services rendered, whatever those services may have been. Usually, they appeared distinctly non-basketball-related.

His off-court issues warrant a discrete section on Beasley’s Wikipedia page, and you can find evidence of his various foibles and run-ins with the law, both in the NBA and out, there. Beasley isn’t a knucklehead among knuckleheads the way, say, JR Smith was in Denver, nor is he an injury-riddled ball of mercury, like the aforementioned Rose.

At worst, Beasley is an NBA-calibre player who has never quite fit the spaces allotted him. His time in China seems to reinforce the idea that, at the very least, he knows good offense when he feels it and, like Smith, is deadlocked in an eternal quest to catch that particular Golden Snitch, seemingly always just a touch out of reach.

It takes that long to encapsulate Michael Beasley before this season, or really, before the year rolled over to 2016. Fresh off winning his second consecutive CBA All-Star Game MVP Award after recording 63 points, 19 rebounds and 13 assists in January – and subsequently earning the Chinese league’s Foreign MVP award – Beasley signed with the Houston Rockets, a team of similarly-unmet expectations.

Since joining the Rockets at the beginning of March, Beasley has been at his most productive since at least 2011, averaging over 14 points and five rebounds while posting his career-high in PER. In thirteen games with Houston, Beasley has failed to score double-digit points only thrice, even throwing up a spine-tingling 30-point, 9-rebound performance in a loss over a suddenly clicking Atlanta Hawks team.

Sample sizes be damned, it’s actually fun watching Michael Beasley play basketball again, and more importantly, he seems like he’s having fun. Maybe it took the assclownery of Dwight Howard and James Harden’s undying love for the free-throw line to coax it out of him. For what has become a fringe playoff team in the top-heavy Western Conference, Beasley’s production has been nothing short of compulsory, and not a moment too soon. Maybe he has harvested the talent lying latent within him, fueling his time on the bench and overseas. Maybe it was always there.

°Barring something truly amazing (the NBA is the ZIP code for that, it must be said), they’ll get there, sending bar arguments into a different galaxy of annoying.

¹For the record, I’m in the “Durant stays in OKC for at least one more season” camp, but between the Olympics, the draft and the coming spike in the salary cap, this is one of those years when it seems valid to say anything can happen.