Cleveland sports fans have suffered for 51 years. It is well-documented, even on this site, and the many near-misses over the years have done nothing to alleviate the anguish. Cubs fans feel sorry for Cleveland faithful, because at least they have the Bears, Blackhawks and Bulls in the Windy City. Cleveland’s best claim to a winner lay two and a half hours southwest in Columbus, where THE Ohio State University has returned to national prominence courtesy of its football team.

Desperation in the Bay Area does not nearly reach Cleveland’s feverish pitch, thanks in part to the San Francisco 49ers, the defending World Series Champion Giants and a perennially competitive A’s team. The Golden State Warriors, however, have not won a title since Rick Barry was tossing underhanded free throws while averaging thirty points a game in 1975.

The takes starting with “The last time Cleveland won a championship…” are numerous and will permeate throughout these Finals (I thought about doing that with this piece myself, and then thought I’d push it to the third paragraph), yet it is interesting to look at some of the things that were happening in 1964 as a sort of time capsule into American society at the time.

It is impressive how many things have happened since Cleveland’s triumph in the NFL Championship Game. Take, for instance, the AFL-NFL Merger and the establishment of the Super Bowl, to which the Browns have never even been. It makes me think their fans would kill for the opportunity to even lose a Super Bowl, so long as the soul in question was Art Modell (Interestingly, the Browns defeated the Baltimore Colts in the 1964 NFL Championship. The Colts uprooted to Indianapolis in 1984, and Modell took the Browns’ talent to Baltimore to become the Ravens in 1996. Naturally, they won a Super Bowl four years after leaving Cleveland).

All of this, of course, is to the chagrin of Cleveland fans, the longest-suffering across all sports in the United States. They don’t even have their own hockey team (neither does the Bay Area), but it’s not like the Blue Jackets are providing any comfort either.

The Cavaliers franchise has become the biggest sources of hope for Cleveland in this millennium. Most of that has to do in some part with their own futility, which led, either directly or indirectly, to most of this roster’s construction. LeBron James was and is the Northeast Ohio stimulus package, a man with a brand so huge and a talent to match that it would single-handedly revive the entire region. Add in Kyrie Irving, an incredibly successful European coach in David Blatt and a pair of draft picks that became Kevin Love, and you end up with a #2-seed in the Eastern Conference, permitted to steamroll everyone else in the playoffs.

LeBron James’ effect on a team is such that he pulls all the attention into his orbit, even when the moons are performing magical acts themselves. Granted, Love is out with a shoulder injury, and Irving is probably going to play most of this series on one leg, but Tristan Thompson is a vacuum around the rim, capable of pulling down rebounds at a phenomenal rate. Timofey Mozgov, too, has taken incredible strides in Cleveland, and his fellow ex-Knicks J.R. Smith and Iman Shumpert are performing admirably on both sides of the ball. Even Matthew Dellavedova is playing well enough to allow Irving time on the bench. 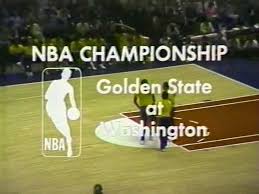 Fans in the Bay Area can afford to be a little less fired-up about this series. Their teams – the 49ers, Raiders, Giants and A’s – have all won multiple championships since 1964, and all but the Raiders have been mostly competitive on a yearly basis. Even the Warriors have had some great teams in recent years, including Run-TMC in the 1990s and the Baron Davis-led squad which knocked off the #1-seeded Dallas Mavericks in the Western Conference playoffs in 2007.

Still, the Warriors haven’t actually reached the top of the mountain since 1975, when the ABA was drawing players from the NBA, and a sensational Nassau County native named Julius Erving was dunking his way to immortality with the New York Nets. For die-hards of The City, this has been a long time coming.

Golden State has carefully constructed a roster of complementary pieces around Steph Curry and Klay Thompson, record-setting sharpshooters who draw defenses in and launch bombs faster than Chinese takeout gets to your door. Steve Kerr has done wonders with the chassis that Mark Jackson left him, turning it into a beautiful, clockwork machine.

Draymond Green has been an absolute revelation this year, a stalwart who comfortably guards all five positions and laughs about it to your face. Harrison Barnes is as likely to pull up from three as he is to pummel his way to the rim and draw a foul. Andre Iguodala remains one of the smartest basketball players in the league, his sense of timing and general awareness making up for the lapses of others. Leandro Barbosa has always been fun, and he is the link back to this team’s spiritual predecessor, the Seven Seconds or Less Phoenix Suns of Mike D’Antoni and Steve Nash. In the paint, Andrew Bogut has been especially key, his defensive presence forcing difficult shot attempts and, in many cases, taking them away altogether. And how can you not be pulling for Shaun Livingston?

It isn’t often that two long-depraved franchises meet in the finals of any sport, but it is particularly striking in a star-driven league like the NBA. Yes, it just so happens that the league’s best player switched teams last offseason, and that one of those teams went from being a cellar dweller to being in the Finals, but that is part of the magic involved.

Tonight, in the Oracle Arena, one team, and its fanbase, begins a charge toward redemption, something that pundits and fans will likely peg as a theme. That isn’t wrong, but it also isn’t the point. These two teams play immensely enjoyable and unique brands of basketball, and they each feature a transcendent star who demands defensive attention and is unstoppable anyway.

As the series develops, it will be fascinating to watch how each team responds to the other. As fans, this is our chance to enjoy basketball for what it is. We’ve earned this.