It may seem like a faux pas to evoke Paul the day after his team, the Los Angeles Clippers, surprised everyone by beating the far more well-rested Houston Rockets on the road in Game 1 of their Western Conference Semifinal. That exhibition included Blake Griffin playing point forward and putting up his third triple-double of the playoffs, a 26-14-13 line which stabilized the Clips’ offense in lieu of having Paul’s chameleon vision. Right now, and for the foreseeable future, Blake Griffin is the best player on the Clippers, and the strides he has taken outside the paint will go a long way toward determining whether his team can survive the Western crucible.

But Los Angeles is a different team with Chris Paul. Lakers fans read that last sentence and know it very well could have applied to them, at this time of year, but for “basketball reasons.” Dwight Howard, the spine holding the Rockets upright, allowing James Harden to exert his will, knows that he could’ve been the counterbalance to Paul and Kobe, the super-DeAndre Jordan bullying around the paint and keeping shot attempts from getting anywhere near the basket. Instead, he finds himself in an 0-1 deficit, sure to be a scapegoat again if Houston doesn’t lift off. 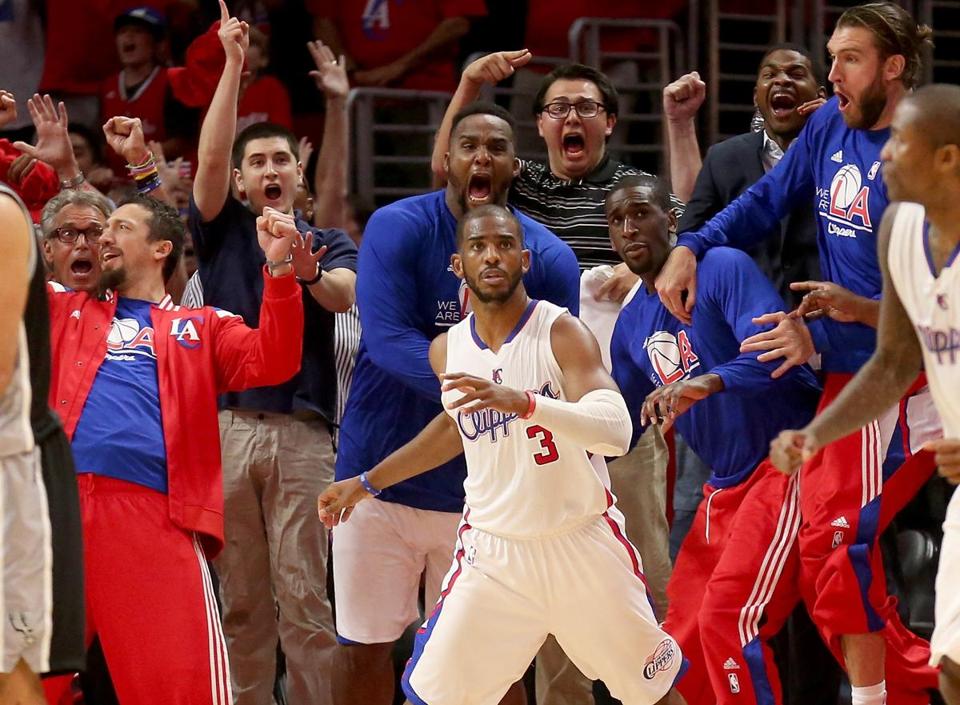 Paul’s genius extends from the modern ideal of an NBA point guard: seeing the floor, anticipating movement, reacting to it based on need and having the ability to do all of the aforementioned instantaneously. Those things are important for any NBA player, or, really, any athlete in a team sport, but it is especially crucial for point guards and their cliched counterparts, quarterbacks, who initiate the offense. Unlike quarterbacks, however, point guards can and do often find themselves back in the midst of play at key moments.

Whereas Russell Westbrook, for instance, sometimes takes seemingly unnecessary chances, Paul’s calculations manifest themselves in each pick-and-roll and elbow jumper. Where Curry and Derrick Rose lack in defensive prowess, Paul asserts his lockdown mentality almost through sheer will and intelligence, and despite being shorter than just about every other starting point guard in the league.

It was only appropriate, then, that Paul was the one who led the Clippers back from down 3-2 in the first round series against the San Antonio Spurs, the league’s standard bearer of sustained greatness under Gregg Popovich. Paul’s double-double in 44 minutes in Game 6 led nicely to his 27-point dismantling of DPOY Kawhi Leonard in Game 7, which included a pulled hamstring and a game-winning banked jumper from the right block over Tim Duncan, who plays at 39 like the rest of us can only aspire to play at 21.

The Spurs, who always had an answer, who always called home when staying out late, turned up to the final exam with a broken pencil and lipstick on the collar. Chris Paul, in Cliff attire, gave the Clippers the lift they needed and seemed to instill in them a sense of confidence that even their excellent regular season did not. Finishing sixth in MVP voting, as he did this year, fits into the frustrating narrative for Paul, whose contributions often go overlooked against the pizzazz of flashier scorers.

Every year, observers debate over what constitutes the “most valuable player.” If it’s the best overall player, some say, LeBron would’ve won the award every year since 2007 or so. If that meant the player most important to his team’s success, Russell Westbrook certainly would’ve done better than fourth this year – and, for that matter, Anthony Davis probably would’ve won.

Still others go with a tried-and-true formula, that of “the best player on the best team.” With all due respect to Draymond Green and Klay Thompson, Steph certainly was Golden State’s best player, the trigger man for Steve Kerr’s loaded howitzer. In terms of forming his own Voltron, however, Chris Paul is a giant step above every other point guard.

He flops a bit and complains to the refs; in 2015, if you ain’t floppin’, you ain’t tryin’. When considering Chris Paul, one other MVP formula comes to mind, one which may dictate how these playoffs reach their climax: the most dangerous player on the most dangerous team. Until and unless the Clippers are eliminated, the remaining teams will be looking over their shoulder, hoping for a getaway car from this assassin, the Los Angeles point god.