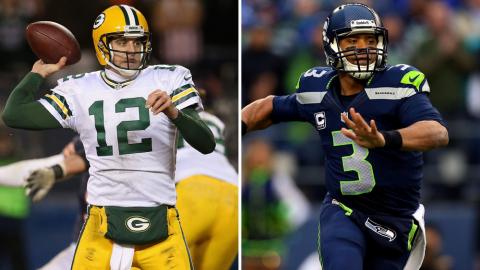 After the months of convincing ourselves we care more about baseball than we actually do, football is back. Last night, my boy RUSSELL HUSTLE BUSTLE WILSON and his Seahawk compatriots took the field against the Green Bay Packers. The Legion of Boom and Beast Mode and 12th Man all looked like champions, because they are.

But this is a new season. And this is a new Hypothetical SuperContest. Last season I rode the Seahawks and turned RUSSELL HUSTLE BUSTLE WILSON into some sort of demigod, both with great success. This year, I still love RUSSELL, but with a crop of new potential studs in the league (I’m looking at you Sammy Watkins, and I’m liking what I’m seeing) I think that my relationship status is about to get polyamorous.

But I am getting way ahead of myself. You might have no idea what I am talking about. Don’t worry, you will soon.

WELCOME TO THE HYPOTHETICAL SUPERCONTEST!

You probably have some questions. Please allow me to try my best to answer them.

What is the SuperContest?

What a great question to start with! Every year, the LVH Hotel and Casino hosts the SuperContest, advertising it as “The World’s Ultimate Pro Football Handicapping Contest.” The LVH publishes spreads for each week’s football games. Contestants then pick their best five bets each week. Those who post the best records in their picks against the spread over the course of the season win a share of the prize pool.

What makes this particular SuperContest “hypothetical”?

In order to enter the actual SuperContest, you have to pay $1,500, which is approximately $2,000 more than I have to spare at this particular juncture of my life. So instead of actually entering the SuperContest, I write a blog about it, in which I pretend to be a part of the competition and track the results of my picks.

So this is all pretend? You can’t make any money. Why do you do this?

Because I love to gamble. And I love to think about gambling. And because I don’t have American currency to gamble with, I must risk something much more valuable: my credibility. Any idiot can pick five games against the spread and go 0-5, losing a ton of money while hiding his shameful decision making skills from everyone he knows. But it takes a special kind of idiot to tell the entirety of the Internet “THESE ARE MY PICKS AND I THINK THEY ARE GOOD.”

I am that special kind of idiot.

Why should I trust your opinion on gambling on football?

Totally valid question. But I did this for a whole year last year, and I finished 46-37-2, which is pretty good. If you had trusted everyone of my opinions last year, and placed a bet of $110 on each game, you could have ridden my picks to $530 in profit. Just saying.

But whatever. You can totally not trust my opinion on football. I get it. I hardly trust myself half the time. And I rely a lot on .gifs to select my teams.

Fair enough. Do you have any specific goals for this project?

Sort of. The dream is to pick so well that I would have been in the money of the actual SuperContest. Last year I was only 2.5 games out of the money going into Week 15, which was totally crazy. But the main goal is to make pretty good picks and entertain you. The goal is to go at least 3-2 every week, maybe have some 5-0 magic sprinkled in there, and pray to the gambling gods that you avoid the 0-5 week. Last year, I sort of killed it with those: I went 5-0 for Week 10 and never crumbled to an 0-5 week (although I did have a couple of 1-4 weeks where I was bailed out at the last second.)

But this is really just about fun, and giving me an excuse to keep track of my picks.

Cool idea man, I am really going to enjoy reading your Hypothetical SuperContest column this year.

Thanks man! I like to think that you will too.

Word. The time for questions is over. Let’s get hypothetical for the first time of the season. Here is the table for the opening week of the NFL season. Home team gets the asterisk. Oh how I missed you gambling.

So each week the LVH releases this table to the masses. It lists the “spread” of each game that week. The spread is a nifty tool invented by God so that degenerates like me could gamble on every football game under the sun. We can use this week’s Eagles-Jags showdown to make this more clear.

The Eagles are a pretty good football team. The Jaguars are a pretty bad football team. If I wanted to bet on who would win this game, I would want to bet on the Eagles, because they are totally going to beat the Jaguars. Unfortunately, I would have a hard time finding someone that wanted to bet on the Jaguars to win. With this in mind, the spread was invented. Up on the table you can see that the Jaguars are listed at +10.5. This means that a bet on the Eagles only cashes if they win by 11 or more points. Conversely, a bet on the Jaguars will cash if they win outright, but will also win if they lose by 10 or less points. Make sense? It will soon. Let’s gamble!

“But Tyler!” you exclaim, “They already played that game, and the Seahawks already covered. Are you trying to pull a fast one on us?”

Just for the record, first pick of the season is SEA -6. #RUSSELL #HUSTLE #BUSTLE #WILSON

24 minutes before kickoff, I used the power of the Twitterverse to make my pick official. I like to think that I would own this pick even if the Seahawks lost last night, but I cannot imagine a universe where the Seahawks didn’t cover last night, and I don’t really like dealing with hypotheticals.

The Texans are coming off a 2-14 season. They looked like total crap last year, mostly because Matt Schaub kept ending up under center and the entire city of Houston kept yelling at him. This year, I do not care who they have playing quarterback, because JJ Watt and JaDeveon Clowney are about to cry ‘havoc’ and let slip the hogs of war.

I am so excited to watch those two play together, and I’ll be damned if I don’t have something riding on them their first week as a couple. 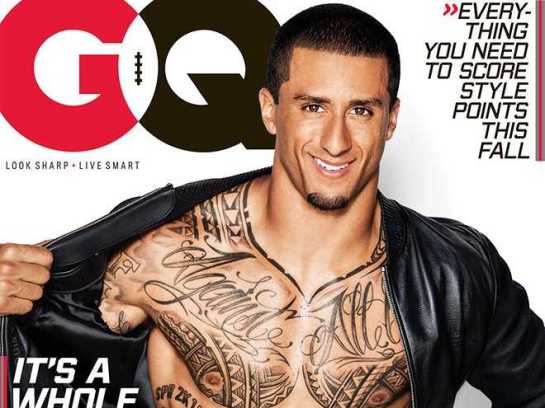 I think the Cowboys might lowkey be the worst team in the NFL this season. And I have missed rooting against Tony Romo so much. Also Colin Kaepernick!

I think the Giants might lowkey be the worst team in the NFL this season. And I have missed rooting against the Eli Manning so much. Also Calvin Johnson!

(Note: Yes I am aware that I just picked the entirety of the Eagles NFC East competitors to lose their first game. Whatever, it’s Week 1. I am allowed to be a homer.

So each week CBSSports asks its NFL “experts” to make their picks against the spread. Whenever all eight of these gentlemen agree, I bet against them. I learned this lesson during Week 1 of last season, when all eight experts agreed on five different games, and proceeded to lose all five games. Take a look.

This is one of my favorite things to have ever happened. It shows how silly the idea of predicting the future of sports is. We are just idiots who think we know so much more than we do. But I decided to stick to this theory, and every time the CBS experts were unanimous in their gambling advice, I went against it. It happened four times, and I won four bets because of it. The Unanimous Experts are 0-9 since I started paying attention. Let’s see if they’re good for it one more time.

And that’s basically how it works! I pick my five favorite games, give a little opinion or make a little joke, and then we reconvene in a week to discuss how things worked out, and look ahead to the future. This year is going to be a good one. It already is. Because football is finally back in our lives.