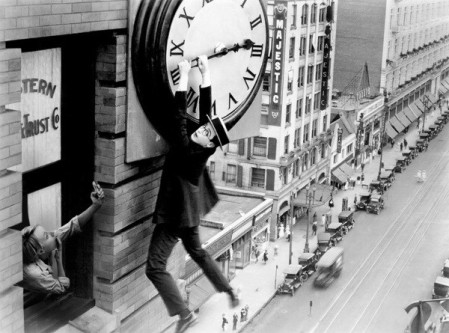 Five wins on the trot, three of them from pole. Slashed and burned history books. A locked contract until the end of 2016. Cheerful oppression and the dawn of a new age. The buzz of the world’s media and fans frothing at the mouth for more. It’s all happening right now, right as you read this. And you already know what it means.

But the world keeps turning even while you move out of your dorm room. Things happen even while man sets foot on the moon. Life goes on elsewhere even when Columbus lands in America. There are plenty of people aiming for a big splash into adult life. There are countless thousands dreaming of the stars. There are plenty of explorers who aren’t there yet and never will be. But that won’t stop them from trying to move up.

It’s like having three feet: One foot firmly planted in the future, one stubbornly rooted in the present, and one ghost foot from your past as bonus ballast. It’s easy to stand by idle. But the world keeps turning, even when you’re stuck. Victories still happen elsewhere. Contracts still get locked. It still moves. But that won’t stop Jonathan Rea from trying to move to MotoGP.

Here’s a quick summary of the Northern Irish rider painted with some personal flourish: He’s 27 years old, just past the tipping point of his prime as a motorcycle rider. He started out in offroad motocross before the brothers Laverty (Eugene and Michael) convinced him to give roadracing a go. Turns out he had a knack for it and showed enough talent on the pint-sized 125cc bikes that Red Bull decided to give him a full factory Honda Fireblade superbike for 2005.

Red Bull and Honda were (and are) exactly the kind of entities you want backing you: Both are committed supporters of motorcycle racing and both have Mobb-deep pockets. And in 2005, the Fireblade wasn’t just a race-winner in the British Superbike Championship, it very nearly carried Ryuichi Kiyonari to a riders’ title (alas, were it not for a late season run of victories by Gregorio Lavilla on the already-sorted Ducati 999, Honda would have had its first BSB champion since 1988). Rea finished 16th after missing two races.

In 2006, “Johnny” came of age with a stirring full-season performance that netted him fourth overall behind the big three of the time (Kiyonari, Lavilla and Leon Haslam). Here are some sample quotations from Motocourse that year:

“Finishing just off the podium in fourth place was the hard-riding young Ulsterman Johnny Rea, becoming a force to be reckoned with.”

“Third place was eventually awarded to Byrne although it was Rea who stood on the podium.”

“…Rea continued his roll, taking pole and finishing second. He looked set for his first win, but Kiyo had other ideas, taking advantage when Rea ran wide at Turn One.”

You got the impression that 2007 was going to be a big year. And at 20 years of age, Jonathan Rea followed through with four wins and 16 podiums to trail Kiyonari home by just 26 points. That’s when the decision was made to go global and step up to the World Supersport class with Ten Kate Honda. It was the chance of a lifetime. Now it just feels like a lifetime.

To explain why Ten Kate Honda was so important in 2008, one should know that the World Superbike paddock was still recovering in the public eye from MotoGP’s switch to bigger bikes. The latter’s 2003 move from two-stroke 500cc bikes to four-stroke 990s gave manufacturers a “blue sky” technology space in which to work. Superbike’s biggest selling point – that it offered constructors a four-stroke platform under which they could still ostensibly sell bikes the road-going public could recognize – was subverted. It also didn’t help that FGSport Group, the WSBK rights holders, opted to introduce a Pirelli “control” tire and eliminate the advantage of some manufacturers’ track-specific specials. And it really didn’t help that FGSport were Italians often alleged to favor Italian brand Ducati.

MotoGP’s high-tech allure and WSBK’s rigorous adherence to “road-going” bikes (coupled with perceived favoritism) pissed the Japanese mob off so much that they withdrew factory support altogether in ’03. In order to keep some skin in the game, though, they would supply parts and updates through the back door using a middleman. In Honda’s case, this was Dutch importer Ten Kate.

Ten Kate had long since emerged as proven winners on both the World Supersport and Superbike level by ’08. As you know, Supersport is a strange purgatory and Jonathan Rea was one of those guys on the ascent. In finishing second that year, Rea earned the chance to step up to the Supers for the final round in Portugal (where he finished fourth on his debut) and a full-time ride in 2009. Which is where we’ve been since.

Doesn’t look that glamorous, does it? But the problem wasn’t with the rider, the problem was with the bike: As MotoGP switched from 990cc to 800cc and Honda became increasingly desperate to win a championship (repeatedly thwarted by Ducati and Yamaha), their focus and money was funneled away from World Superbikes and almost entirely toward MotoGP. Honda’s Fireblade went from a championship winner (in 2007) to a dated also-ran. Rea could win but it was common knowledge that the bike didn’t have the parts and Ten Kate didn’t have the support to mount a season-long challenge.

Even so, Honda’s top brass were paying attention. When Casey Stoner spent three races recovering from torn ligaments in 2012, Rea got the call up to MotoGP for two of them. He delivered with a respectable eighth and seventh on a bike he’d never ridden before and which was radically different from anything he’d previously helmed. The performances at Misano and Aragon were reminders that he was still out there and still competitive. And still young enough to make that last leap over the Superbike barriers to MotoGP.

Contracts obliged, of course, and it was back to the WSBK trenches for 2013. A win in Britain and a consistent first half of the year were sidetracked by a back injury in Germany that kept him off the bike for most of the last half (though he still came home inside the top 10). Time, of course, kept on slipping.

We’re not even a third of the way into the season and he’s already won more and held more fastest race laps than any other year in his career at the world level excepting 2010. The Honda Fireblade (or CBR1000RR as it tends to be now) is looking legitimately competitive next to last year’s championship-winning Kawasaki ZX-10R and the MotoGP-based Aprilia RSV4. And in the last two race weekends, Rea has won three of four races. His teammate, by the way, hasn’t finished higher than fifth. That’s Leon Haslam.

There was an amusing moment during Race 2 at Imola a few weeks ago when Eurosport commentators Jamie Whitham and Steve Day debated the nature of “imperious.” Day had described Rea’s lights-to-flag Race 1 victory (and in-progress Race 2 win) as such before backtracking. What did “imperious” mean? Befitting or characteristic of one of eminent rank or attainments, sure, but marked by arrogant assurance? Hardly: As Rea’s Twitter suggests, he doesn’t seem like a particularly ruthless character in the vein of temperamental geniuses like Stoner or Max Biaggi. Some might suggest he lacks the final killer-instinct percent to get on their level as a result. Some might suggest he will always be a Superbike folk hero in the vein of Carl Fogarty, James Toseland and Troy Bayliss. Guys who weren’t meant for grand prix bikes but who could show their talent on more forgiving superbikes.

When Jonathan Rea lines up eighth tomorrow for the two races at Donington Park, he’ll have those naysayers watching him. He’ll have his home fans watching him, too. And as reports earlier this week suggest, he’ll also have the close eye of Honda Racing Corporation watching him. He’ll race. And if he wins, he staves off the vanishing opportunity of MotoGP just that little bit longer. Nevermind Marc Marquez fighting the record books, which go nowhere; right now, the best fight in motorcycle racing is Jonathan Rea and time, which never stops. It’s all happening right now, right as you read this.

The fact that his heart’s beating is all the proof you need.