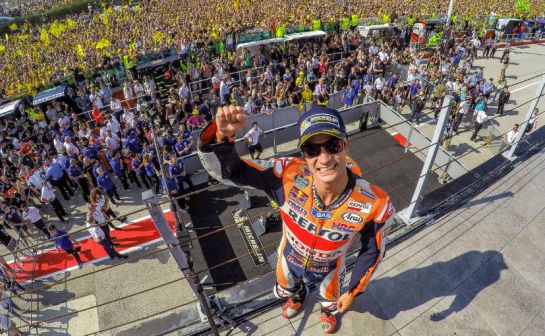 There’s this world that exists, I bet you know it. It looks like lush vegetation and smells like fresh air. Birds sing, flowers bloom, the sun shines and the ozone can handle it the way it has for centuries, eons, maybe forever – no one can put a number to it, exactly. We don’t bicker over it, really. It’s splitting hairs to guess when the origin of the universe was, and who can say what was back there, where we came from, why we’re here; all we know is that we’re here now, in this world that exists, and we have to make the best of it with each other because we aren’t solitary animals. We’re not spiders or foxes or praying mantises or ocelots or owls; we need each other, and we’re smart enough to know it. We may die alone, but we don’t fail that way.

We’re smart enough to know all of this because we’re taught that, because education is a pillar of society, as much as it was during the Enlightenment, and to survive effectively in this world, smarts are essential. Diplomas are valued. Schools get funded. Kids get brains. Parents get pride. Everyone gets paid. Scholarships, stable employment straight out of school, a place in the world to call our own. It’s all there for us, collectively.

Speaking of education, I don’t miss out on cum laude honors by a tenth of a grade point in college in this world. I don’t harbor any resentment toward deductive logic; I definitely don’t remember the class or the Scottish professor who wanted to be there as little or less than I did at 8am Mondays, Wednesdays and Fridays more than a decade later. I don’t realize after the cutoff date that I can switch times and professors and even courses because I don’t feel the need to look; I don’t even know there’s a cutoff date or an opportunity to switch once you’ve started because I choose my classes carefully enough and use RateMyProfessors.com and sign up for the English spring class I wanted, the one about The Death of the American Dream, rather than one I didn’t, American Gothic.

Maybe I don’t sign up for either. I don’t even like English all that much. Art seems a little silly, too, though I guess I get the appeal. “White on White” isn’t my favorite painting; I don’t know Malevich. What I like is psychology and comfort and security and a degree that can take me anywhere I want to go. That’s why I’m a business major at a school known for business. I know where I want to go the moment I get going. Goncharova’s “The Cyclist” is my speed. Or “Starry Night.” Or the “Return of the Jedi” poster framed in my apartment over the couch in the living room. That’s art.

In this world, Twitter’s just kind of a joke machine and we only make it as far as 3chan and infinite scrolling isn’t preferred because it gets you inadvertent page clicks and personal brands aren’t for peasants and nothing verifies you except your social security number, which even then isn’t wholly reliable because it’s an imperfect machine and people don’t always want to be what they are and we all have those days, but we still try, and the world isn’t great for everybody, but because we’re trying, things are generally on the upswing and history goes easy on us for a little while as we get ourselves together for a better tomorrow, one where the prospect of the sun exploding in our faces is the only final solution we know by name.

Racism isn’t a thing of the past, mind you, just as classism isn’t. But it’s seemingly less prevalent than it’s ever been. The Internet helps demonstrate this. The Internet, which is capitalized as a proper noun and looks set to remain neutral for the foreseeable future.

In this world, Syria is a country and not just a place on a map. The Aliyevs lost control of Azerbaijan. Lula remains enormously popular and has not engaged in money laundering or passive corruption. Russia successfully voted Putin out a little early or Medvedev came in and tidied up the Duma, enacted some legislation and restrained the oligarchs without wholly strangling them, without putting them in a sleeper hold to take them, the people, other people, every people, everything, over. UN Security Council Resolution 1441 was abided by all parties. Iceland isn’t a hotbed tourist destination just because of a catastrophic financial crisis. Subprime mortgages are bundled with such rarity that the general public doesn’t even know it’s a financial instrument. We know where MH370 went. Ethereum doesn’t make anyone a millionaire. Our parents die in their sleep of old age from natural causes.

In this world, we know with absolute certainty who kidnapped the Lindbergh baby.

I meet you and I’m thankful, really thankful, unbelievably thankful that I met you in this world and not another, because what luck, what providence, just look at us – look at how we turned out, you and me. Of course, I also don’t meet you or you or you (or you, thankfully) in this world – but I think about it from time to time, where you are, what you are, who you are. I think too much, probably.

In this world, the Warriors still lose in seven, but they just kind of drift back to being really, really good after that, and there’s no dynasty, and the East is actually pretty good, too, when you look at it, with a lot of contenders for years to come to keep it interesting. Soccer remains the most popular sport in the world, but thousands of extra people live to see how great it can be because Qatar loses its World Cup bid. (On the other hand, it evens out because thousands more don’t; contraception is readily available in a lot of developed nations and abortions still happen, though they happen safely, so while the population is declining worldwide, it’s not alarming because the lives that are here are worth more and anyone who argues the economics of population booms looks ridiculous.) Neymar doesn’t make three ICBMs’ worth at PSG because of his dad or a blockade or whatever. The 2011 women’s World Cup knockout game between the US and Brazil gets its due. So does Serena Williams.

People don’t play golf in the desert anymore in this world. Old people wear short sleeves in Florida when it’s 90 like the rest of us. Fantasy lit and superheroes are a niche concern. So is Alex Jones.

Or if I do, and I do write those words, then I’m right: Dani Pedrosa, the diminutive Spaniard with an illustrious career of three world championships in a row in the lower classes (one in the 125cc class, two in 250s), makes the leap to MotoGP in 2006 for the last year of the 990s and shines bright like a diamond, doesn’t take out his teammate with the title on the line at the penultimate round at Estoril in Portugal, dutifully finishes third overall in the standings with a solid finish in the finale at Valencia in Spain. He does not become the enemy. They don’t call him Pedrobot.

He’s a marvel as a rookie, sure, but you know what’s amazing? What he does on the 800s that subsequently follow a rules change that does not come about just because Repsol and Honda have him where they want him. Or if it is and MotoGP’s rules are revised almost explicitly with him in mind (by way of Honda’s strongarming other manufacturers into accepting the new engine size), he dutifully takes the bait. On bikes no one really loves watching, Dani is a marvel – reliably consistent, almost always near a podium even on the bad days, clockwork in keeping it upright.

He doesn’t suffer six injuries from four crashes in 2008 alone. He doesn’t get a stuck throttle cable and fracture his collarbone in Japan in 2010. He doesn’t refracture that collarbone in a spill in Germany in 2013. He doesn’t get rammed by Marco Simoncelli in France in 2011 or by Hector Barbera in San Marino in 2012. He doesn’t drop it on the floor in Phillip Island that year, either. This graphic does not exist.

He doesn’t announce in a release from a personal Gmail account ahead of the German Grand Prix that he has decided on his future and will explain at a press conference, and he doesn’t do it on the heels of an anonymous 15th place finish at the preceding Dutch round. He’s fully backed by his family, his team, his sponsors at Repsol and Red Bull and all the rest, Dorna. Everybody knows what’s coming when it happens. There’s no guesswork. He does not announce his retirement at this press conference but at the one a few rounds earlier in Barcelona, close to home, where the details of a Petronas Yamaha b-team with Franco Morbidelli are not put on hold on his behalf (maybe, probably) because he’d decided long before that it was time to hang up the helmet. After 13 years in the top flight, this one was always going to be the last.

What was left to prove to anyone, the doubting fans, the suspicious press, the cynics of his stature, the critics of his technique? He had toppled the best, traded in his signature #26 for the only other number he would accept and put his name on the Trophy of Champions, had fun, and felt relaxed for the hereafter. He was one of the four best riders on the planet for more than a decade and harbors the hardware to prove it. At least one title – or was it two? Three? It’s hard to say; maybe one of them was even aboard a 1000 when the rules were changed back from 800s in 2013. Suzi Perry doesn’t ask him in an interview if the idea of never winning a MotoGP championship eats away at him; he doesn’t answer respectfully that it doesn’t. Superbikeplanet doesn’t play its jingoistic self-satisfaction card for a dozen years after Estoril. Alberto Puig doesn’t matter anymore than he did before he got mixed up in management. I don’t write this. Fellow riders speak of him with reverence for his ability to stay healthy for so long on bikes that didn’t always respect the rider. Valentino Rossi acknowledges Pedrosa as his most formidable career-long rival. Jorge Lorenzo jokes about the time King Juan Carlos forced them to shake hands and it’s clear that water is under the bridge as he takes over Dani’s seat alongside Marc Marquez. Marquez thanks him for being such a challenging teammate, especially when Marc first came to MotoGP in 2013 and almost won it all were it not for Dani (well, and Jorge). Luis Salom, struggling in the dregs of Moto2, calls him his hero. Nicky Hayden, struggling with the World Superbike Honda, tweets him congratulations for making it to the other side. Even Telefónica sends him a card wishing him happy trailbraking (or the Spanish colloquialism thereof, anyway). We don’t remember him as the best to never do it.

In this world, Dani Pedrosa is not just a promise. What is and never could be isn’t. He is who we thought he was.

There’s this world that exists – but it’s not this world, see. It’s that world, another world. We ride alongside it, picture it with lucid clarity, arms outstretched but never enough to recover what necessarily must drift, further out and unknowable as we move on helpless, twins to a ghost, wondering.