If we, collectively, are supposed to buy into Houston as the chosen team, and Mike D’Antoni as the one who has anointed James Harden, Chris Paul and their merry band of stone-cold mathematicians, then we have to throw on our Bill Nye caps and consider the following:

Right before the series began, I tweeted the following:

Even more than that, I don’t think we’ll have any decent idea before halftime of Game 2 at the earliest. And away. we. GO.

What I figured might happen was that the Rockets, having seized home court, would stomp, in relative terms (so, like, by maybe double-digits?), the Warriors in Game 1, and then the engaged Golden State team we’ve all grown to fear would rear its obscenely efficient head in Game 2. The opposite happened, and going into Game 3, we’re effectively back to square 1.

Except, we most certainly are not. Golden State stole back home court, and even following its win, Houston has to go to Oracle Arena for two games against one of the NBA’s rowdiest crowds. What D’Antoni, Harden and Paul set out to do – namely, optimize basketball – is a pinnacle the Warriors have already reached, albeit rather rarely in the Kevin Durant era.

That’s what Durant does. Even with Curry struggling, there wasn’t a moment in Game 2 that we didn’t think that maybe the Warriors could come back, and it would happen in the blink of an eye. Durant was as frustrated in the second half on Wednesday night as the rest of us, and this is what we’d previously so enjoyed from both him individually and Golden State separately: backs to the wall, they create basketball magic. Well, with Curry at full capacity they do, anyway. 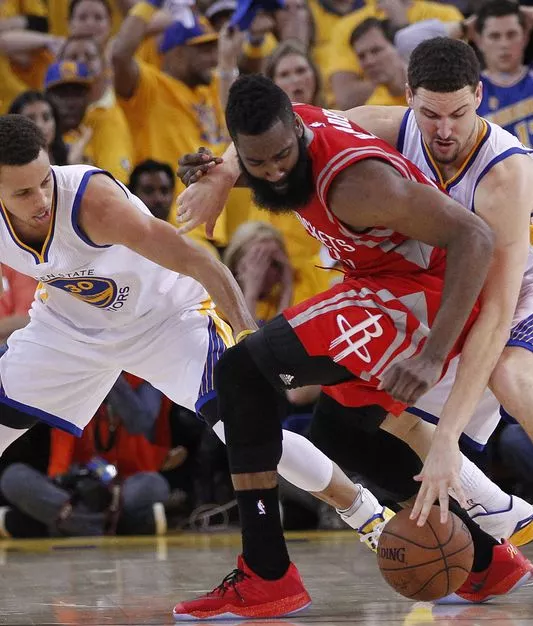 Curry and Durant are the answers to the riddle that D’Antoni has been trying to solve for decades now. James Harden is, as D’Antoni himself acknowledges, perhaps the greatest offensive weapon in NBA history. But that’s because Harden is a product of his time and knows how to leverage his advantages as a stout guard with a sweet stroke and, now, somebody next to him who can shoulder the burden.

Nevermind that that somebody is a generational point god, a man who turns topsy-turvy breakaways into works of art. Chris Paul had an arguably less impactful Game 2 than in Game 1, a paltry 16 points to 23, but his impact made itself apparent in ball movement.

Where there previously was standing around aimlessly from their teammates, perhaps considering the state of the New York Times editorial staff or the plight of plastic straws in a world going paper, there now was a feel for what’s real, true and right: a feel for the ball, their precious commodity, the object they’ve treated akin to a Guardiola-era Barcelona squad. They can’t beat you if you have the ball, and nobody orchestrates possession in the NBA quite like Chris Paul and James Harden do.

Let us consider Klay Thompson, the assassin apparently willing to give up somewhere in the gated community of $80 million in order to keep this team together and silent hero of Game 1, who quietly went 3-11 for 8 points in Game 2. That, uhh, is probably not happening again. Thompson singlehandedly tore apart the Oklahoma City Thunder’s championship aspirations two years ago, such to the point that Durant shook his head, closed Twitter and decided that he wanted a part of this.

You went looking for something to believe in, didn’t you? Believe in the Warriors as the be-all, end-all of basketball as it has to be in 2018, all its rules and limited spaces defined, and be pleasantly surprised if Houston can make this anything more than the Warriors special, a gentleman’s sweep. Guys, dolls, angels and demons alike can do no more.

[1] Not that you asked, but that’s 0.1 possessions behind ex-teammate Russell Westbrook.

[2] In Gordon’s defense, his max contract was once referred to as the worst in the NBA. He was the Sixth Man of the Year in 2017, and he has a decent shot at repeating this time around.