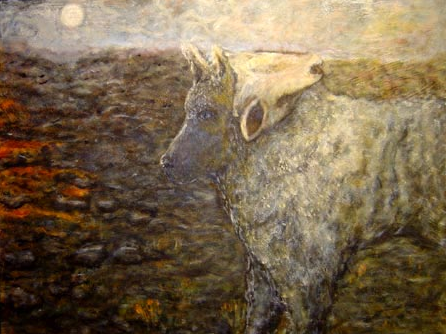 Narrow the scope, and that list becomes broader, but then you’re dealing in sample sizes of varying confidence. The South is hot, but man, these taxes, amirite?; the Northeast is cold, and keep your business out of my business; the West is a beautiful landscape and has bad traffic, tech geniuses and an insatiable hunger to continue being a final frontier long since conquered; Texas is the South, but it isn’t, you know what I’m saying?

On the Midwest: I’m not from there[3], nor have I ever lived there[4], though my oldest, not older, brother has for over a decade, and Blog Surf James Vasiliou is well-equipped to speak on generally Midwestern things himself. Something exciting, however, is unquestionably brewing in two cities, Minneapolis and Indianapolis, involving characters both familiar to both and foreign, in nationality and suitability for the stereotypically reserved region.

While neither city is coastal, they are resigned to decidedly coastal-leaning conferences, so we begin in the East, where the Indiana Pacers are currently sitting an unexpected fourth, only a half-game behind the new-look Cleveland Cavaliers and only a half-game ahead of the John Wall-free Washington Wizards. Having bowed out of last year’s playoffs following a tighter-than-will-be-remembered first round series with the Cavs, the Pacers faced a conundrum which became an ultimatum: franchise star Paul George informed the team he would leave upon free agency in the summer of 2018 as a way of giving thanks to the team. It ended up tying Indiana’s hands behind its back, and the team was essentially forced to trade its beacon, a man who had very recently proclaimed Indianapolis as his city.

As far as remuneration goes, however, the Pacers made out okay: in exchange for George, Indiana received Domantas Sabonis, a direct line to European NBA supremacy and promising big man, as well as Victor Oladipo, a prodigal son of sorts via his collegiate career at the University of Indiana.

Sabonis had only a year under his belt in the NBA, while Oladipo was viewed as having underperformed his #2 overall selection in the 2013 draft during his time with the Orlando Magic and as a human traffic signal during the Westbrook MVP season.

Sabonis has progressed as a 20-to-21-year-old with his pedigree should, which is to say that he’s gone from averaging roughly 6-4-1 to around 12-8-2, along with the requisite blocks and steals becoming of a big in the advanced stats age. He’s crafty as well as being acceptably large and athletic enough to both knock other bigs around in the post and give hybrid centers problems when he draws them out of the paint. To wit: he’s shooting 33% from the three-point line, albeit on about half an attempt per game, although a greater percentage of his shots have come from outside the paint this season than last.

With Oladipo, though, the game feels like it has changed, perhaps back to what it was as a Hoosier. Averaging 24 points per game – more than Paul George ever had in any Indiana, by the way – Oladipo is experiencing “the jump” of dreams. He was an NBA All-Star for the first time this year while averaging career highs in three-point attempts per game, three-point percentage and offensive win shares, and though Westbrook detractors will pin that explosion to his freedom from under the considerable Shadow Of Russ, Oladipo himself has acknowledged monitoring Westbrook’s work ethic as a basis for his current form.

The emergence of Bojan Bogdanovic, who has been underrated throughout his career but especially exceptional this season, as well as the hold-steadiness of Darren Collison and Cory Joseph in the back court, have spurred the Pacers to their current position. Myles Turner’s development hasn’t stalled, and it’s probably for the best that other factors in Indiana have drawn attention while he’s continued to be great. But as Oladipo goes, so go the Pacers, which is a feeling that he, even in a supplementary role, surely understands.

In Minnesota, the tide has turned since Jimmy Butler’s right meniscus had a disagreement with the rest of his body. Butler was a fringe MVP candidate for the first half of the season, and his quick adoption of a new team, albeit with an old coach, was remarkable, particularly with his status as a mostly non-three-point shooter in a world that dictates the second line is king. Butler’s playmaking ability and isolation capabilities late in the shot clock inspired confidence in an impossibly young but willing roster. The T’Wolves have beaten the lowly-as-Hades Sacramento Kings and lost to the Portland Trail Blazers and Utah Jazz since Butler’s injury.

Even without Butler, Minnesota is one of the eight teams with between 34-38 wins right now in a cluttered-as-your-cupboard West. The Timberwolves are one of the most exciting teams to watch, in no small part due to Karl-Anthony Towns and ex-Indiana Pacers point guard Jeff Teague, who is among the steadiest players in the NBA. His annoyance with hearing about Ricky Rubio is as funny as it is sad because Teague has been a part of some incredible basketball. He was an All-Star in 2015, and his veteran leadership and court vision has to be worth its weight in gold to a team whose age is less than 28, but whose stars comprise a range lower than that.

The Timberwolves and Pacers face many hurdles on the way to the 2018 playoffs. The East, though certainly bad, is not as unbalanced as many of its detractors claim, while the West is probably even more tightly-packed than many in its own ranks believe. Minnesota faces the specters of San Antonio, New Orleans, Oklahoma City, the Clippers, the Nuggets, the Jazz and the Trail Blazers on its way, while Indiana has the Wizards, Sixers, Bucks, Heat and Pistons breathing down its neck.

Much of their shared bit of the country, along with most of any landscape east of the Mississippi, faces another weather-related illness of its own this week, along with defending many provincial barbecue stylings. Many of their basketball teams do, too. But the Timberwolves and Pacers have surpassed expectations in such a way that inspires a cold, unspoken belief, the kind of thing you deny in public but hope for in private. We should all be so lucky.

[1] Leaving out babies, who – care of an industry expert – I’m here to tell you do not understand most of the things listed but do understand stress in parents, emotion through song and general communication pathways.

[2] Including payment or avoidance thereof, because we at TwH are inclusive.