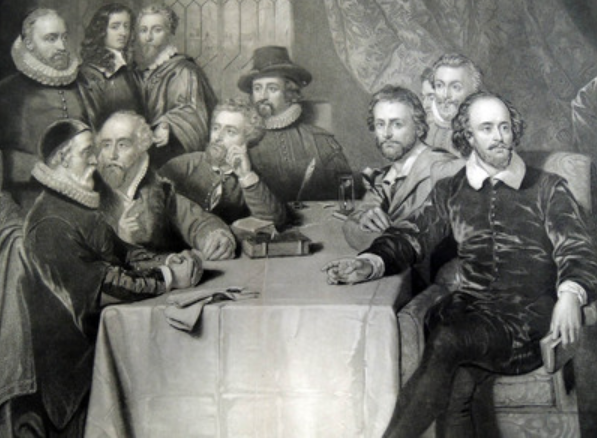 Against darkness, then, the light becomes more prominent. The new-look Grizzlies are 3-1, with wins over both the Warriors and the Houston Rockets. Giannis Antetokounmpo is living up to the early MVP hype, leading the league in scoring without a notable outside jump shot. John Wall is clowning defenders with a healthy – knock on wood – supporting cast. LeBron-as-makeshift-point guard has been a delight. Rookies not named Markelle Fultz have shown out early.

The saga which most befits this infantile NBA season, however, maintains the tradition of unprecedented pettiness that the preceding summer imposed. Though rumors have been circulating for months on his place in an impossibly young team, Phoenix Suns guard Eric Bledsoe hasn’t been shy about expressing his disinterest in remaining in Arizona. Quite the opposite, in fact: 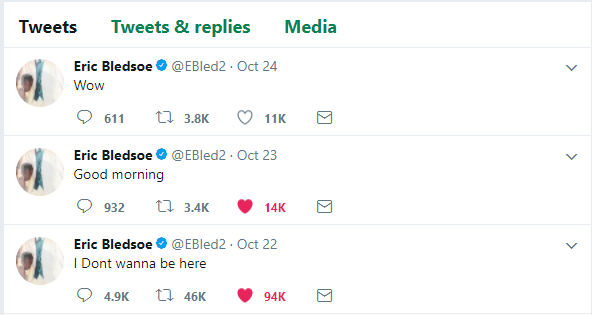 What happens over this string of tweets is pretty incredible. First, some context: through October 22nd, the Suns had lost each of their first three games, with two coming by more than 40 points. As a result, Suns head coach Earl Watson became the first coaching casualty in over a year. Add to that the fact that Phoenix trotted out the youngest lineup by average age in league history – one younger than several NCAA Tournament teams at the time – last March, and that the team had shut down the 27-year-old Bledsoe against his will toward the end of last season, and the storm was a-brewin’.

On October 22nd, Bledsoe goes all-in on excluding himself from the narrative, hitting send on a sentence whose content and structure – including consecutive capitalized letters and a complete lack of punctuation – has already become NBA Twitter canon.

The following morning, in a stunning act of defiance, Bledsoe fires off a casual “Good morning,” only to then be dismissed from team activities later that day by Suns general manager Ryan McDonough. Bledsoe’s excuse? That he was at the hair salon, and that for some reason he did not want to be at said hair salon. That, of course, is “Yakety Sax” levels of absurd, and McDonough, of course, refused to buy into it.

All of which brings us to Act III: after firing Watson and dismissing Bledsoe, the Suns beat the Sacramento Kings Monday night, 117-115, for their first win of the season, likely prompting Bledsoe’s “Wow” reaction. Moreover, they followed that up with a 97-88 victory over the Utah Jazz on Tuesday night, still without their longtime point guard. 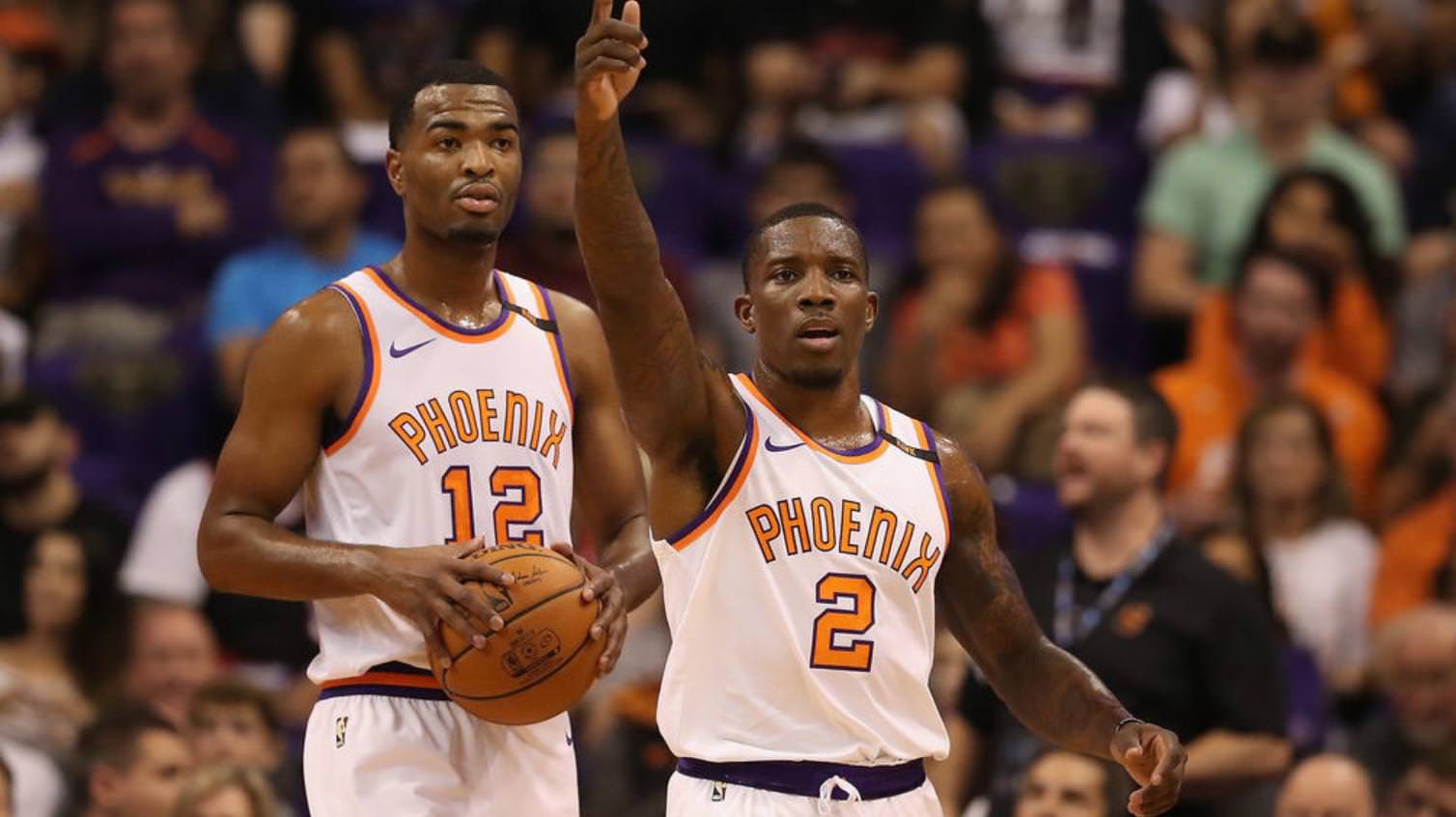 Right now, without even playing, Eric Bledsoe is my favorite player in the NBA. I’d venture to say it isn’t close. He has submarined his own trade value even more so than Kyrie Irving did in the offseason, and he doesn’t seem to care at all. Granted, the Suns are a wrecked ship from plenty of angles; among their younger talent, Devin Booker is the only one who has made significant progress, and even he is among several Phoenix players still years away from their primes.

Bledsoe, Tyson Chandler and Jared Dudley have no real place on this team as useful NBA players. While youthful teams certainly benefit from veteran leadership, allowing players like that, who still hold some trade value, to contribute for a likely high-lottery team is borderline malpractice. Though all have had some injury trouble over the years, they are each comfortable operating within the NBA landscape, contributing to teams who could use their impact, which isn’t yet the case for many of their young teammates.

The Suns’ problems begin with Robert Sarver[3], run through management and the coaches and do not have very much at all to do with Bledsoe. If anything, Bledsoe is too aware of his status as a pawn. As the league’s balance of power shifts increasingly toward players in a post-LeBron world, Bledsoe had every right to do what he did. Where he ends up will be the matter of much debate until he is traded – rumors center on the Bucks, Knicks[4], the Clippers (at DeAndre Jordan’s immediate behest) and aforementioned Cavs as possible front runners – but for now, Eric Bledsoe is the Bard of basketball social media, exercising his wit with truly ruthless brevity.

[3] Fun fact: Sarver also owns RCD Mallorca of the Spanish third division, another middling team that has already gotten worse in the nearly two years since he purchased it.