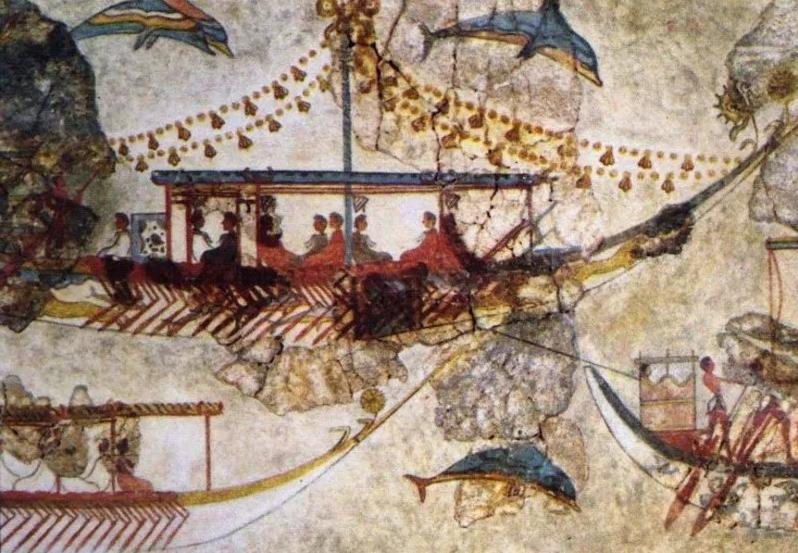 To say that Oklahoma City Thunder general manager Sam Presti works in the dark is to vastly underscore the surreptitiousness he betrays, which, while we’re here, distinctly exceeds that of seemingly everyone even remotely connected to the US government. Presti pulls wool over the public’s eyes the way Harry Houdini slipped out of straitjackets: the public reacts with mouths agape, but the team around him knows where he hides the key.

Still, like Houdini, Presti isn’t infallible, and though his draft record is historically impressive, his trade record leaves something to be desired, to say the least. All of which makes his acquisition of disenchanted Indiana Pacers star Paul George so compelling. For a guy whose propensity to risk led him to trade James Harden, a Sixth Man of the Year at the time and two-time MVP runner-up thereafter, dealing for George was nothing short of shocking.

The details themselves make sense in a vacuum: entering the final year of his contract and devoid of the supporting cast that spurred the Pacers to consecutive Eastern Conference Finals appearances in 2013-’14, Paul George was uncertain of his place with a franchise inching toward a rebuild with increasing velocity. He reportedly informed the team of his plans not to sign with them in 2018, giving preference to the Los Angeles Lakers while allowing his incumbent team to explore trade options immediately as a parting gift, with the receiving team destined to put on a season-long pitch meeting for the wing to sign long-term.

As expected, the Rockets, Cavaliers and Celtics[1] made pushes ahead of the draft and free agency, with onlookers left to speculate and wait for the inevitable Woj/Shams Charania bomb to buzz through their wireless network. Then, like a flaming Trojan Horse making its way to the town square to breakdance, it arrived: the Thunder had traded Victor Oladipo and Domantas Sabonis for George, informally ending Westbrook’s quest for the shared pursuit of destruction. Even the messenger, via ESPN’s Ramona Shelburne rather than Woj or Charania, gave pause, and George admitted in a predictably fantastic Lee Jenkins piece for Sports Illustrated earlier this week that he had no idea he was headed to Oklahoma until Pacers GM Kevin Pritchard called him with the news on June 30th. Who would endorse Oklahoma City’s franchise and fans for George than Kevin Durant, of course.

Again, on the surface, from Indiana’s perspective, this is fine: Oladipo went to college at Indiana and has grown into a capable, if not earth-shattering, scorer, while Sabonis is a relative unknown quantity with a dynamite pedigree, a season of NBA experience and miles of room to grow. With George preparing his own way out, Oladipo and Sabonis represent a decent return, a pair of young players who can grow along with expected franchise talisman Myles Turner.

Still, as is always the case with any trade, speculation will persist over whether the Pacers could’ve gotten more. It is almost certain that shipping George at the trade deadline to Boston would’ve yielded a greater bounty, and the talks with Houston and Cleveland prior to the draft carried an implied third team, a Denver or so, to ship off something worthwhile. Then again, the Pacers had their price, and if the Celtics, Cavs and Rockets were unwilling to match it, ugotz to them.

From Oklahoma City’s perspective, of course, this is nothing short of highway robbery. Oladipo did what he could, but his is essentially the path of Reggie Jackson, Jeremy Lamb and pre-Miami Dion Waiters before him: to score only when passed the ball, no time for qualms. Though Sabonis projected as a pretty good, adequately modern big in today’s NBA, his value alone doesn’t match George’s as an All-Star wing with spacing ability and primo defensive chops in 2017.

On that spacing ability, by the way, here is an absurd stat that ESPN nearly pinned to its ticker on the day of the trade’s announcement: Paul George shot 39.3% from three last season, which would have led all Thunder players with a minimum of five(!) attempts[2]. When was the last time you read a stat with a qualifier like that? Some high school senior last year graduated with a 3.5 GPA in a graduating class of 303, somewhere in the top twentieth percentile of her graduating class, but she would’ve been the valedictorian of another school with a graduating class of 27. So it goes.

The glory and anxiety of the barter system is one in the same. Future values are unknown. All we know for certain is the present, the here and now. Indiana saw its grim present and opted for a lighter shade of grey, while Oklahoma City threw a log on its incandescent flame. Who knows where any of us, least of all Russell Westbrook and Paul George, both of whom are Los Angeles-area natives and both of whom have long been rumored to inevitably end up with either of the LA franchises, will be twelve months from now, but as it is, the gamble is worth the risk. Mycenaeans could do no more.

[1] Who had made overtures as to George’s availability at the trade deadline, to no avail; apparently Danny Ainge wishes his future assets to outnumber Abraham’s children.

[2] For the record: Josh Huestis went 2-4 in the two games he played this year, and Taj Gibson hit the only three he attempted all season with Oklahoma City. Also, there were 88 players in the NBA who met that standard last season. And you’re going to tell me Presti didn’t want to trade for Joe Harris?