Look, look: all of this is a roundabout way of[1] burying the lede to talking about The Band, and The Last Waltz, both of which I adore ceaselessly and cannot escape, despite my best efforts. The fortieth anniversary of the original lineup’s final concert together occurs on November 26 of this year, and it seems rather indefensible to let it bounce and disintegrate without some acknowledgment, for it stands as a hallmark, not only of musical documentarianism, but of popular culture and America as it was, where it comes from and where it ought to be, even[2] in 2016.

In short[3], as if it were possible, this is The Band: starting as, essentially, a bar band of four Canadians and one cat from Arkansas, the Hawks became the backing group for a singer from Toronto named Ronnie Hawkins[4]. The Hawks were a collection of the best musicians from traveling bands that Hawkins himself watched and hired away; with organ player Garth Hudson, the band was complete[5]. Eventually, the sidemen split from Hawkins, due in part to wanting to play original material, and in part to wanting to smoke original material. Canadian drug laws had a hand in that. 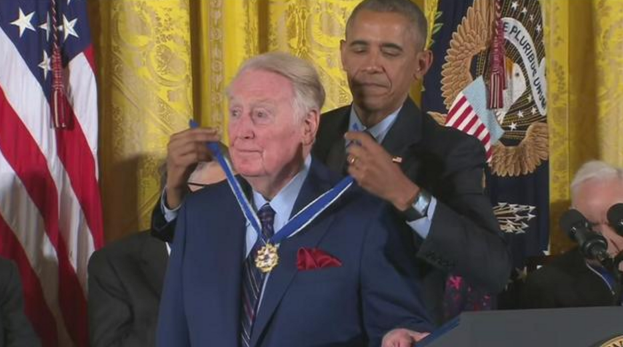 Upon their departure from Ronnie Hawkins, the Hawks became a Levon Helm-fronted band, the Arkansan-voiced drummer suiting most of their blues- and soul-slanted needs. After a legendary meeting with blues harmonica player Sonny Boy Williamson, the Hawks came across Bob Dylan, eventually being the sideshow to an infamous tour with the troubadour during his most productive and, arguably, infuriating time. Dylan hit a wall, and then got into a motorcycle accident, and his band stuck with him long enough to become simply The Band[6], recording the greatest bootleg album of all time along the way.

After their split from Dylan, The Band put out enough music to make any symphony orchestra weep at degrees of efficiency. Music from Big Pink[7], The Band, Stage Fright and several other studio albums are lauded for their creativity and excessive amounts of trust, with songwriting, singing and instrumental duties rotating among the members of this crew. Between touring, recording and whatever happened behind the scenes, however, things had to come to pass.

Eventually[8], The Band decided to call it quits, but only after hosting the most monumental farewell concert possible, set in San Francisco’s Winterland Ballroom on Thanksgiving 1976, courtesy of Bill Graham, delivering complete turkey dinners and featuring the likes of, among others, Muddy Waters, Neil Young, Ringo Starr, Dr. John, Joni Mitchell, Neil Diamond, Eric Clapton, Van Morrison, Emmylou Harris, The Staple Singers and Ronnie Wood. With that, and with a concert documentary directed by, of all people, Martin Scorsese, The Band would solidify its place in pop culture, going out with a bang never heard before or since[9].

The film, and it accompanying soundtrack, would go on to achieve excessive critical acclaim, and with good reason[10]. “Up On Cripple Creek” showcases unconditional love, at its most, forgiving gambling follies. Rick Danko’s performance, as well as Hudson’s sax solo, make “It Makes No Difference” a song which bleeds with such heartache that it is exceedingly difficult to talk about[11]. “The Night They Drove Old Dixie Down” is America itself, even (especially?) now[12]. “The Shape I’m In” could be any of us after a trip to a New York-area airport. Et cetera, et cetera, et cetera. This was, with the twin exceptions of the Motown and Stax house bands, the greatest assemblage of touring musicians in all the land.

Following some haggling, the inclusion of Dylan made a last waltz The Last Waltz. From there, it was perfect; nothing would ever be the way that it had been, and even when Levon Helm[13] was allegedly passing out University of Arkansas hats in the dressing room, he had to know that. Watching it now is a cultural study in why things have to be the way they have to be, but also in why it’s worth begging questions of those who deserve to hear them.

Sure, The Band, sans Robertson, would reunite later, and even he would show up at their Rock and Roll Hall of Fame induction ceremony in their honor years after the fact, but it wasn’t the same. None of that is The Band’s fault; they were just trying to do their best. 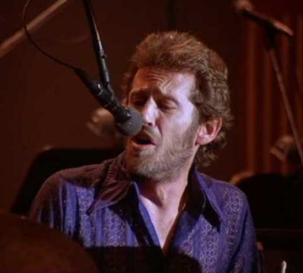 With their insane roster and the all-star lineup of guest appearances, it begged a question of rock music, a soon-to-be-and-eternally-dying form: will there ever be a group of people like that together in the same room again?

The likely answer to both is “no,” but, as heaps of optimism come pouring through, that doesn’t mean we should keep from trying. Whether we can get Rick Danko and Vin Scully in the same room together at this point is, softly, inconsequential, but the hope and humanity each carried could amount to something in this seemingly dim future of ours.

[5] Despite the fact that Hudson charged the rest of his bandmates $10 a week to train the rest of them in musicality, something in which he had a wealth of knowledge

[6] After, per Richard Manuel, considering The Honkies, Chocolate Subway and Marshmallow Overcoat

[8] And, it must be noted, at Robbie Robertson’s distinct behest, as he wanted to work on film soundtracks and other stargazing projects, despite his insistence that it was a group decision

[9] Inserting footnotes at this point just to see if you’re paying attention; however, fun anecdote while you’re here: something of a Thanksgiving tradition in my house growing up was to watch The Last Waltz because it comes on Turner Classic Movies every year. If you have the chance to break away from football and your political cousins, I cannot suggest it highly enough.

[10] Have you ever heard The Band’s cover of Marvin Gaye’s “Baby, Don’t You Do It”? It opens the film and is perhaps the greatest live representation of The Band as a band. Everything, from the instrumentation to the vocal harmonies, is perfect, and when I paint my masterpiece, I want that version played at the exhibition, if only because of Levon Helm’s counterintuitively exuberant “My biggest mistake was loving you too much!”

[11] I routinely skip this song when watching the movie and listening to that album, and we’ll never talk about it. Cool? Cool. Later on, there will be a Tumblr post about it. P.S. If you’ve recently gone through a troubling time, I recommend not listening to this song. You’re welcome.

[12] But actually, and not to get pedantic if you know the lyrics already, it tells the story of a gentleman who drew the short straw in the Civil War and is just trying to pick up and move on. I can’t help but feel like a lot of people in this country – not a majority, it must be said, but a lot – can relate to this song right now.

[13] Who, by my count, is perfectly imperfect, even if he is Ryan Fitzpatrick in a past life.

[18] Then again, this will get lost in Facebook’s endless algorithms anyway, right?

[19] I promise not to be attempting to forget or marginalize any group here, and I hate that I can’t expect the same out of everyone. For what it’s worth, The Band sure as hell didn’t.