Both on and off the court, NBA All-Star Weekend always manages to provide once-in-a-lifetime moments and opportunities. This edition, held over the weekend in Toronto’s polar hellscape, was no exception, with a live reading of Space Jam and an all-time classic duel between Zach LaVine and Aaron Gordon in the Slam Dunk contest° preceding a record-smashing Game on Sunday.

Amidst the revelry, it would have been easy to miss the announcement of this year’s finalists for the Naismith Basketball Hall of Fame. Along with Shaquille O’Neal, Sheryl Swoopes, Kevin Johnson and Yao Ming, Allen Iverson received a nomination for the players category, re-opening a dialogue which had somewhat flamed out since Iverson last played in the NBA in 2010¹.  It stands to reason that Iverson deserves to be in the Hall, if only for the sake of his play and, subsequently, his influence not being so easily forgotten.

Coming out of Georgetown, with jail time under his belt for a criminal charge eventually resulting in a governor’s pardon, Iverson had an edge before ever playing a game in the NBA. The mainstream, whomever that may be, deemed Iverson a threat very early on and left it at that, even though he’d yet to truly begin.

Despite being the top overall pick in the 1996 NBA draft, the shortest number one overall to date, the public seemed to refuse to view Iverson purely for his displays of individual basketball wizardry, of which there were many. His crossover of Michael Jordan, and Jordan’s begrudging admittance of respect, stands tall. His shot-and-stepover of Tyronn Lue in Game 1 of the 2001 NBA Finals is perhaps the most iconic image of Iverson’s career.

At a time in which bruising mountains of men, such as O’Neal, David Robinson and Ben Wallace, dominated the NBA, Iverson found the way to use his lithe, six-foot-nothing frame to his advantage, pirouetting around several men before whipping a pass to an open teammate or, more often, taking the shot himself from angles off the television screen. It was like he created new mathematics, new numbers for a formerly finite system that unleashed a plethora of possibilities for successors.

Iverson was an open flame, a dangerous scorer who burnt defenders, often leaving their ankles in smoldering piles of rubble as he gallivanted his way to the basket or pulled up for a jumper. Like Russell Westbrook without Kevin Durant last season, Iverson had such immense faith in himself that he saw no way to beat opponents other than his own. “To take the shot, or not take the shot” was never a question, for the nobler answer was always his, and unlike J.R. Smith, Iverson was usually spot-on.

What set Iverson apart at the time of his arrival to the NBA was the same flavor of attitude that had given rise to the aura surrounding the University of Michigan’s Fab Five a few years prior. Whereas Michigan filled a presumed negative space, however, Allen Iverson stuck out in a dimension all his own, one in which the heretofore impossible task of the little man dominating the big man’s game became possible, even likely.

Though hip-hop had always had some place in basketball, Iverson’s style, which took influence from the heavy MCs of the time, gave it prominence, eventually leading David Stern to introduce a dress code for players. His cornrows became legendary, to the point that a young basketball player in Latvia could adopt the look with pride.

The greatest danger inherent to Iverson, however, was never on the court. Often through no fault of his own, respectability politics and “playing the game the right way” were omnipresent with him. His notable rant about practice² did nothing to assuage his detractors, of course, but he also had a point: why should he, a league scoring champion several times over with next-to-no help on his own team, bother practicing a game he has thoroughly mastered?

In many ways, Iverson’s personality stood as the precursor to media-divisive figures such as Cam Newton and Jose Bautista. Whereas the “problematic” athletes before him had marched to the beat of a different drum, Iverson seemingly threw the drum away completely, instead taking up high-speed snorkeling while listening to Illmatic back in the submarine.

Though there will be questions surrounding his candidacy – namely, his lack of a championship combined with his innate ability to be himself, despite the cautionary recommendations of others – Iverson will almost certainly and should receive induction to the Hall of Fame.

Not that something so trivial and arbitrary as a Hall of Fame should dictate Allen Iverson’s legacy, of course, nor would he let it. His size paved the way for compact scoring machines like Stephen Curry. Despite the fact that cornrows have ebbed³, his style, even beyond the sartorial, left an indelible exclamation point on the NBA. It’s up to Iverson to write the next act of this play, rehearsal be damned. 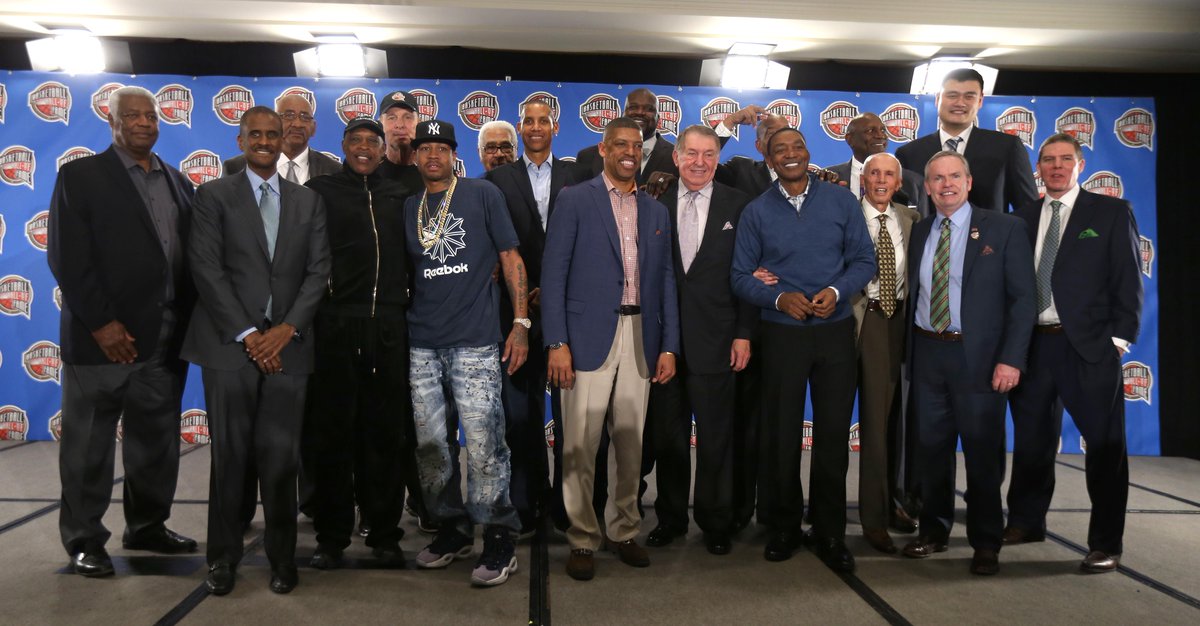 °Seriously, watch the dunks they executed. Even if you don’t like basketball and/or recognize the futility of placing a rubber-and-leather ball through a hoop suspended ten feet above the ground in the grand scheme of human existence, you can still find joy in Gordon taking the ball from Orlando’s mascot, Stuff the Magic Dragon, while the latter is spinning in circles on a Phunkeeduck.

¹See: his three-game stint with the Memphis Grizzlies and subsequent return to a pre-tank Philadelphia 76ers team.

²During which he was allegedly drunk; again, Allen Iverson has no interest in living up to anyone else’s standards of him, for better and for worse.

³With one notable exception