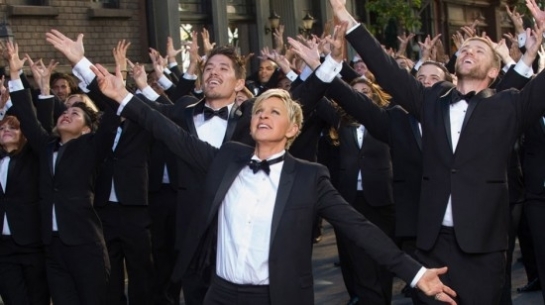 Finally, The Heroic Predictions of the 2014 Academy Awards

Well, we’ve just about made it. That Oscar talk that started back in August, when Lee Daniels made his Forrest Gump opus about a White House butler, and will finally conclude Sunday night. And Lee Daniels’ The Butler won’t even be part of the conversation. Instead, we’ll celebrate the movies it seems like we’ve been arguing about forever, or at least since last October.

With this comes the pleasure of knowing that Giuliana Rancic’s “mani-cam” will make its last appearance of the year, and Ryan Seacrest will try to come up with a new question for Jennifer Lawrence – or anyone – on the red carpet besides “Who are you wearing?” It will also bring Ellen DeGeneres to the Oscar hosting stage, which promises to be a safer, more culturally relevant, and hopefully amusing reward for the old and pasty Academy members, put off by Seth MacFarlane’s dancing and racy “boob” commentary last year.

This year’s theme is about celebrating heroes, vague enough to include just about any icons in the film industry, ranging from praising actors like Atticus Finch to someone like Chris Evans as Captain America. Are they heroes, or are they just actors? Certainly Phillip Seymour Hoffman wasn’t. If the hero thing doesn’t already promise to bring many historical montages, we unfortunately will earn our fill with the “In memoriam.” Roger Ebert, James Gandolfini, Harold Ramis and Hoffman, to name the major departed of the last year, will certainly be a special segment. There will need to be at least two cello solos to get through everyone this year.

So, without any more delay, here are my predictions for the major categories at this year’s Academy Awards… 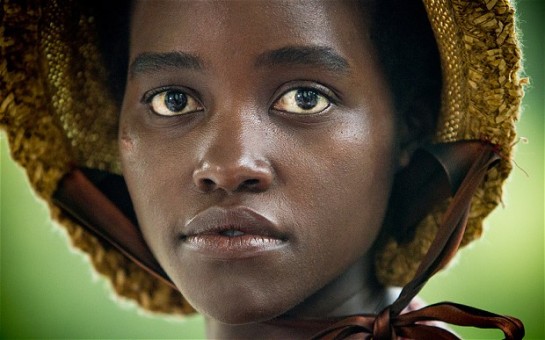 I’ll cut to the chase with most of these actor categories because by now we’ve pretty much established two-headed races. This one carries a trash-talking Long Island housewife and a brutally tortured slave, character-wise that is. Jennifer Lawrence in American Hustle still has a good chance here. She got her Oscar last year though, and her media saturation may have reached its peak level with voters. It’s a shame only because I think people forget how much of a beautiful messy she can play. Lupita Nyong’o as Patsy in 12 Years A Slave is headed for a golden statuette though. A win would mean that a relatively unknown has earned an award solely based on performance, a slave, a tortured soul, and a strong but bruised woman. She sells the horror without selling her performance at all. 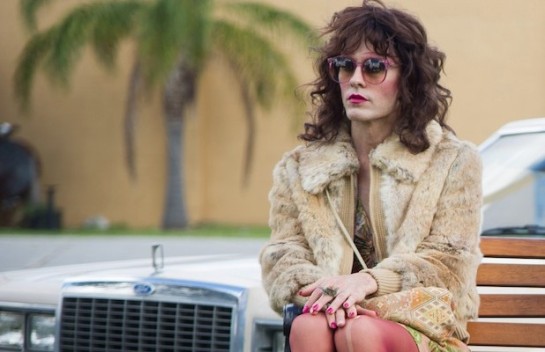 Here is a case where a movie character could win an Oscar likely regardless of which actor played it. I’m speaking specifically about Rayon, a transsexual AIDS patient, in Dallas Buyers Club, a movie where this holds doubly true for its lead. The actor here is Jared Leto, and his Golden Globe victory in January helped solidify his viability. He has some memorable moments, playing calm and nearly seductive with Jennifer Garner, and reciprocating more visceral, intimate feelings with his partner in drug-crime McConaughey. I think the fact that Jared Leto is a name again is intriguing for voters. This kind of physically transformed character should be enough to keep the likes of the racial slurring Michael Fassbender and slick talking and curly haired Bradley Cooper away. Sorry, Jonah Hill, but those fake teeth don’t have anything on a gender change. 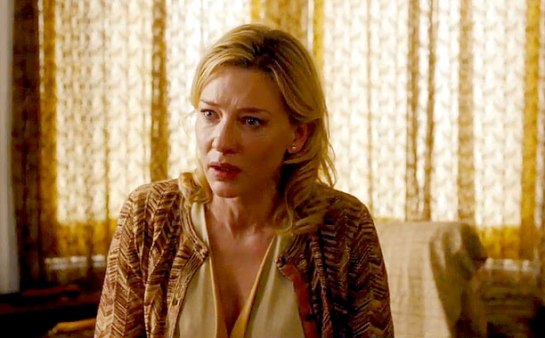 So I’ll admit, I never saw August: Osage County, and I hear that’s a good thing. But in this category, even with a tour de force like Meryl Streep in contention, Cate Blanchett has all but wrapped up this award. She has never won a Best Actress Oscar not playing Queen Elizabeth, but her next one figures to be as someone still dining from the high margins of society, if not abruptly thrown from them. Embodying the neurotic and paranoid in Woody Allen’s Blue Jasmine, Blanchett turns in what has easily been the best female performance of the year. The underdog is Amy Adams, who sizzles and seduces, often-exposed cleavage and all, in American Hustle. Blanchett is the right choice. Adams is the naughty one. 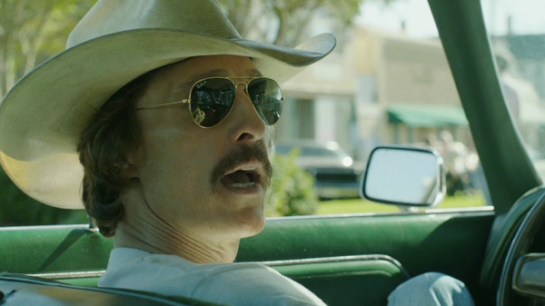 There are five nominations for Best Actor, but there easily could have been eleven. Let me explain. The five nominees up for the award are Christian Bale, Bruce Dern, Leonardo DiCaprio, Chiwetel Ejiofor and Matthew McConaughey. Six were left out. Among the snubbed were Tom Hanks, Joaquin Phoenix, Oscar Isaac, Robert Redford, Forrest Whitaker and Michael B. Jordan. It was a good year for the men. Which makes the question, “Is this finally Leo’s year?” not so easy to answer. That’s mostly because many are also asking that same question about McConaughey, whose physicality has likely earned him a speech at the podium. He is the best part of Dallas Buyers Club, a skin and bones homophobic cowboy with a sharp tongue and penchant for running around the law. Bruce Dern might sneak in and gain some favor with the voters, but that would be quite the Nebraskan surprise.

I saw three of the five documentaries for best documentary this year and I still think two were snubbed: Blackfish and Stories We Tell. But my favorite, 20 Feet From Stardom, about the unheralded lives of backup singers, should be destined to take center stage, a nice ironic twist. Cutie and the Boxer is wonderful, but doesn’t have the gravitas that Act of Killing has. That might have too much right now- Indonesian genocide as it cultural backdrop- and could be a detractor. The Square is making a final push, available on Netflix, to overtake 20 Feet, especially because its political content is particularly relevant. We’ll see if Academy members still have the music in them. 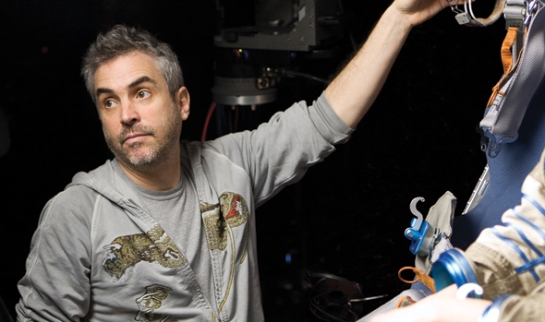 As much as I love Alexander Payne, Martin Scorsese, and David O. Russell, this is most likely going one way: Outer Space. Alfonso Cuarón is the destined recipient this year because Gravity is a movie unlike any other. He will likely win because his choreography and conception is above comprehension. It’s most likely why his cinematographer Emanuelle Lubezki will also win. The technical aspects of this category are most blatant here, which, like an actor losing 40 pounds, it’s easiest to see. I love Steve McQueen and all three films he’s made. But I don’t think 12 Years A Slave has the vibrato and showmanship Cuarón brings to a familiarly mined starry landscape. McQueen’s contention, if anything, is there to bring him down to earth. 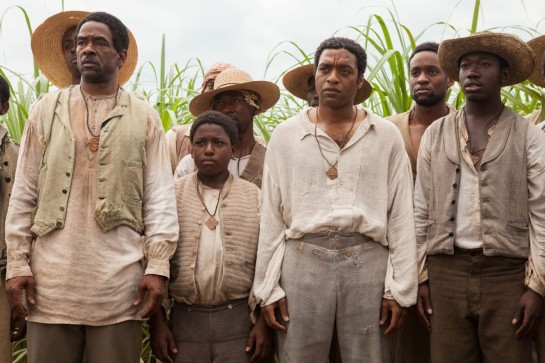 So, here it is, and hopefully we’ll find out before midnight Sunday what we have been predicting for months on end. There are nine nominees this year out of a possible ten, which is somewhat bizarre, especially when you consider the odd choice of Philomena. But this category, whose contenders have ebbed and flowed out of contention, is down to three: American Hustle, Gravity, and 12 Years A Slave. My favorite film of the year is the latter and it should win Sunday. It’s a harrowing and difficult film to swallow and takes some guts to sit through and intake its graphic, painful reality. Gravity is a worthy second choice, and may have made recent headway into voters’ minds. But for voters who receive DVD screeners in the winter, they have missed Gravity’s intended three-dimensional immersive experience. When you look back on 2013 and want to remember the movie that seeped into moral conscience, that housed renewed dialogue about slavery, and took over the mainstream, 12 Years A Slave achieved all three. Gravity, even with its existential floating, was about an experience. 12 Years A Slave was about how we learn to deal with an experience.

So I might be right about it all. But don’t count on it. Just know that if Cate Blanchett loses, all of this writing can be thrown out the window.