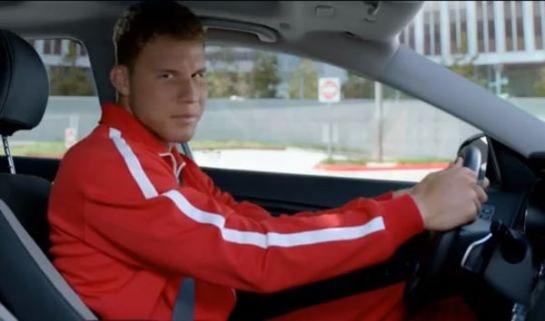 The halcyon days of Blake Griffin as “the world’s best dunk artist who just happens to play professional basketball” are over in Los Angeles. Without Chris Paul, Lob City has managed to go 12-6 without their leader and guide, Chris Paul, and Griffin’s magisterial performance in a losing effort against the Heat on February 5 was one of the most exciting and thought-provoking games of the season. Elsewhere, Dan Gilbert is doing his best not to foster a Steinbrenner-Martin relationship with Mike Brown, and the Lakers played out an near-video game scenario against those very same Cavaliers. Also, the Brow is an All-Star for the very first time, and Damian Lillard can destroy anything with a basketball in his hand.

1. This isn’t your older brother’s Blake Griffin: The historically-beleaguered sector of Los Angeles professional basketball fans held its breath collectively when the crowned prince of the Clippers, point guard Chris Paul, went down with a shoulder injury on January 3rd against the Mavericks. Since then, Blake Griffin has taken the wheel and performed dutifully. Capped off by a 43-point, 15-rebound, six-assist showcase in a 116-112 loss to the Miami Heat in which he was the biggest reason the Clippers stayed so close, Blake Griffin has guided the team expertly through an extraordinarily tough situation. The NBA’s most-fouled player followed that bonanza with a 36-point, 8-rebound game in a win over the Raptors, and Griffin’s nuanced frontcourt attack with DeAndre Jordan became increasingly pronounced as more of the Los Angeles offense flowed through them in Paul’s absence. The NBA’s best point guard goes down, and without him, many teams would have floundered. The Clippers, however, held together in an insanely good Western Conference and are ready to welcome Paul back on Sunday against Philadelphia.

2. The Lakers beat the Cavaliers with only five people, and Dan Gilbert is still okay with Mike Brown: On the same night as the aforementioned dunk fest in Los Angeles, one of the most bizarre conclusions to an NBA game occurred in the game involving the other team from Hollywood. As if to usher in the Adam Silver era with a night covering the entire spectrum of possibilities, the Lakers began a game with eight men in uniform, watched as injuries reduced that to five, and then played part in an unusual situation for referees to tackle when Robert Sacre fouled out with over three minutes left in the game. Chris Kaman had already taken to lying down across seats on the empty Laker bench. Because an NBA game cannot be forfeited due to a lack of dressed men, referees instead assessed the Lakers with a technical foul, and Sacre did his very best not to touch anyone who made any sort of motion to the basket for the remainder of the game. Steve Nash, who began the game in a suit, changed into uniform as a preventative measure, though Mike D’Antoni chose not to utilize him. Even with a full roster and the advantage of playing against what was essentially a four-man defense every time up the floor, the Cavaliers failed to catch the Lakers, losing the game 119-108. Steve Blake even had a triple-double, which will undoubtedly and unfairly be overlooked in the long annals of Laker history. On Thursday, Cavs owner Dan Gilbert fired general manager Chris Grant but reiterated his confidence in head coach Mike Brown, which, in the Eastern Conference, may not be entirely misplaced, despite the Cavs’ exceptional ineptitude this season. With a young core featuring superstar Kyrie Irving and the promising Dion Waiters, it is open to debate whether Brown is the man who can right the ship at this point and also whether he has more than 32 games left to do it.

3. The Brow replaces Black Mamba in the All-Star Game, and Damian Lillard is better at everything than you: For the first time, the player hailed as a “once-in-a-generation” colossus in the 2012 draft will be an NBA All-Star. Anthony Davis is replacing the injured Kobe Bryant on the Western Conference roster and will be able to play in front of his home crowd. Davis is averaging a cool 20.7 points and 10.4 rebounds per game thus far this season and is the most entertaining part of a youthful Pelicans squad, the anchor of a team which could soon grow to dominate the west. Speaking of the west, Damian Lillard will be participating in all five All-Star Weekend events, the first player ever to do so. He will be apart of the Rising Stars game, which features outstanding first- and second-year players, as well as the Skills Challenge, the dunk and 3-point contests and the All-Star Game itself. Already one of the more dazzling players to watch in the league, Lillard plans to put on an exhibition in each event but is reportedly focusing mostly on the 3-point contest as a means of demonstrating his outstanding long-range game. He could go out and finish dead last in everything, and it would still be a case study in basketball versatility. Not that he would allow that to happen, of course.