The Yankees have used 45 different players this season. Many of them are awful, like Jayson Nix and Chris Stewart. But at least those guys are career backups who are good enough defensively to justify a spot on the roster. The guys listed below are the worst of the worst. They’re just awful, awful baseball players. “Baseball players” might be too generous. They are average citizens in baseball uniforms, masquerading as baseball players. I would welcome them with open arms to my intramural softball team, but they have no right being anywhere near a Major League Baseball field. 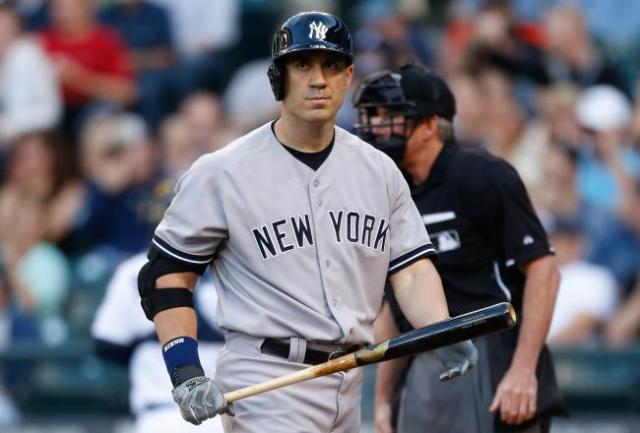 Just how terrible is Travis Hafner? Since May 1, he’s batting .172, the worst average in the majors over that span. On Sunday against the Red Sox, he was pinch-hit for by Brent Lillibridge, which, whoa (More on Lillibridge later). But here’s the kicker: Hafner hasn’t played an inning of defense this year (or since 2007, for that matter). He’s being paid $2 million to be a designated hitter who has no idea how to hit. Over his career, CC Sabathia has a higher batting average (.236) than Hafner has this season (.210).

Remember the Joba Chamberlain who threw in the triple digits and struck out 34 batters in 24 innings as a 21-year-old rookie in 2007? Now he’s just some fat guy who used to have a stupid mustache. He has the highest ERA on the team (5.18). Girardi doesn’t trust him enough to use him in situations with an ounce of pressure; his game-entering Leverage Index is 0.8, according to Baseball Reference (anything less than 1 is considered “low pressure”), compared to 1.2 as a rookie. His WHIP is 1.767 and his strikeout-to-walk ratio is a mediocre 2.0. Good thing his contract is expiring.

Can you believe David Adams almost never had the chance to suck for Yankees this season? In 2010, the Yankees and Mariners agreed to a trade that would send Cliff Lee to the Bronx in exchange for Ivan Nova, Jesus Montero and Adams, but Seattle was scared off by Adams’ injured left ankle. He was batting .316 in Scranton this year before the Yankees called him up on May 15. Then he hit his head and got amnesia, or something, and totally forgot how to swing a bat. He hit .190 with only nine walks in 128 plate appearances before being sent back down on July 8.

Cruz landed awkwardly in last night’s game against Texas after making a nice catch in foul territory. He banged his knee and stayed on the ground long enough for Joe Girardi and the trainer to come out. “Stay down! Don’t get up!” I found myself screaming internally. He batted .297 in 78 games last year with the Dodgers, so it’s almost unfathomable that he was hitting .127 before they cut him on June 28. That didn’t stop the Yankees from signing him four days later. He’s hitting .182 since then. Oh my God. He’s the reason Yankee fans actually want Alex Rodriguez back.

Alberto Gonzalez’s 2013 season has been comical. He started with the Cubs, where he hit .217 in 11 games before they sent him down in late April. The Yankees traded for him on May 10, probably because he was so great in his first stint in New York (a combined .151 average in 40 games in 2007 and 2008). He was assigned to AAA, but got called up two days later when Eduardo Nunez became a True Yankee. On May 15 he was brought in to pitch and recorded the final out in a 12-2 blowout loss to the Mariners. Three days later he was sent back down because the Yankees thought Reid Brignac was a better option. On June 21 he was called up again because Brignac got cut. Today he was sent back down, hopefully for good. 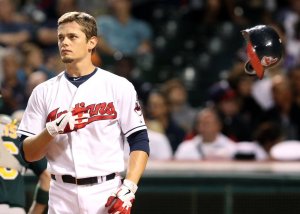 The only reason Brent Lillibridge has a job is that he can play all over the place. Second, third, short, and all three outfield positions: he can do it all — except hit. He’s a career .206 hitter who’s accumulated a WAR of -0.5 in six major league seasons. This kid who cried when Lillibridge got shipped to Boston is an idiot.

Yeah, Ben Francisco actually played for the Yankees this year. He was so, so bad. It’s a minor miracle he lasted 21 games. A .114 average with one, solitary RBI is really kind of sad.

You know what’s sadder than a .114 average with one RBI? How about a .114 average with 0 RBI? That’s what Reid Brignac did in 17 games for the Yankees this season. He also struck out 17 times in 45 plate appearances. The fact that he was paid to do that puts him in danger of being charged with grand larceny.