It’s pronounced FAY-der-er, by the way, and he wasn’t always like this. Early on, Roger Federer stylized himself as the tortured genius, that well-worn mentality many kids inhabit once they hit high school and discover Dylan, or Cudi, or Sondheim, or Swift, or whomever they think can better express their ideals than themselves.

His mother, Lynette, was a secretary in the South African office where his father worked for a time after university. Neither possessed particular athletic skill, nor were they disproportionately different in any way which may foreshadow a dynamo talent such as that of their son.

Of course, pharma money gets you a club membership, but that still doesn’t make you the greatest man ever to effortlessly walk a tennis court. On the occasion of Roger Federer’s impending retirement from professional tennis, which he announced Thursday morning via Instagram and elsewhere, and because he has mostly avoided competitive tennis for the past few years, we must look back.

If, at the beginning of 2014, I would have asked you to guess what Swiss male tennis player was going to win two majors over the following two years, you almost certainly would have guessed Roger Federer[1]. Steady Fed did not win a major the previous year, but a nagging back injury limited him, and in periods of health you could still see his heady mastery of the game on full display. A recovery was inevitable, and anyway, it wasn’t looking like the next generation of tennis talent was prepared to challenge the Big Four. It mostly still isn’t.

Almost three complete seasons later, however, another native of the neutral country has emerged as a worthy adversary to the quartet that has dominated the men’s game for the last decade. The son of farmers, Stan Wawrinka is a two-time Grand Slam champion and, at 31, may be playing the best tennis of his life.

END_OF_DOCUMENT_TOKEN_TO_BE_REPLACED

The setting for the World Cup’s final scene

a minute of your time? forget about it

The line above is from Parquet Courts’ “Master of My Craft,” the first song from their “formal” 2012 debut, Light Up Gold. The song is a smart ass take on why anyone in their position cannot be bothered by street teams trying to peddle political ideology or social change via flyers and “quick surveys.” I know what it’s like to be in their position. Four years ago, I was also stoned, starving and making my way down M Street in Georgetown as the know-it-all with a grand, post-grad scheme. On our way back to the student apartments, we were approached by a young woman who, like one of the antagonists from Parquet Courts’ ode to slackerism, was carrying a clipboard and a pile of paper. “Wanna know what’s sexy?” she asked, her question simultaneously rhetorical and seductive. “Politics,” she said, as she handed me an informational slip from a non-profit I didn’t care to remember. A trash can was nearby. “No,” I chuckled with my friends as I balled the piece of paper up and crammed it into the trash can sitting within earshot of the young woman and her fellow street teamers. This was the same summer that I also shrugged my shoulders with the same passive indifference at the USMNT’s loss to Ghana. “Well, at least we have more money than their country,” I said reductively and offensively as I walked away from the Black Stars’ celebration. I gave soccer all the thought and consideration that I gave the woman’s curbside elevator pitch about her organization’s efforts.

END_OF_DOCUMENT_TOKEN_TO_BE_REPLACED 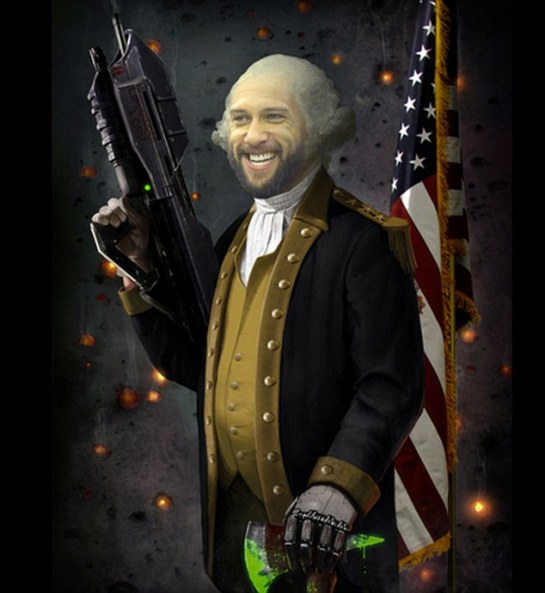 I wasn’t really interested in how France – Nigeria, or Algeria versus Germany for that matter, was going to play out. It seemed inconceivable to think that the two African teams would be able to put up a fight against two European powers that were at the top of their rank. So I ignored the matches, which were mostly scoreless affairs until the final minutes. There were plenty of moments when Karim Benzema and Thomas Müller could have knocked in shots to put their opponents in utter despair but some cosmic force was unwilling to give these two teams an easy victory. France would ultimately run away with the game in the final minutes while Germany required extra time in order to advance. Based on both performances, I would say that both teams acted a little entitled throughout the entirety. It would have been interesting if Nigeria and Algeria would have scored, and I wasn’t in the middle of closing financial reports, but, alas, such is life.

END_OF_DOCUMENT_TOKEN_TO_BE_REPLACED

Luis Suarez’s reputation as somewhat of a heel was revealed to me before I headed into the tournament with a wide-eyed freshness of the characters on each team. The Men in Blazers podcast hinted at this during their 2014 World Cup preview with references to Suarez’s previous biting incidents. I investigated this further after Suarez’s masterful, trolling performance of England where there is, in fact, a section dedicated to his previous misdeeds on the pitch. One of them occurred when he was playing in the Dutch league for a team known as Ajax where he dug his teeth into someone and received the nickname as the “Cannibal of Ajax”. This set the wheels in motion for Luis to land in Liverpool but even after a punishment for what was seen as a visceral, knee jerk reaction Suarez struck again in the English Premier League.

END_OF_DOCUMENT_TOKEN_TO_BE_REPLACED

There was a time in history when someone from England could tell you that the sun never sets on the British empire. The English who remember these times also hang portraits of Winston Churchill and like to talk a lot about Bobby Moore. These same people had the misfortune of watching Wayne Rooney, the most internationally recognizable player from their country, make a goal to equalize the game against Uruguay only to be one-upped by frequent 4chan user, Luis Suarez, in the 84th minute of the match. The dwindling minutes were a demonstration in desperation and keep away for a nation that is now depending upon Mario Balotelli to save them from the brink. The English now need a Dunkirk-like interference from another nation in order to be saved from utter destruction.

END_OF_DOCUMENT_TOKEN_TO_BE_REPLACED

Italo-Disco is Dead (Courtesy of the Augusta Chronicle)

The 2014 FIFA World Cup is here, and I have a novice’s degree of knowledge as to what’s happening, as well as a small amount of sentimentality for the event. This is me traversing through work, drunken weekends, and Spotify with the World Cup either in the fore or background.

My head was pounding as I was blaring a song called “The Dream” by Thee Oh Sees. I have been noticing that my summer song selections seem to be filled with riff heavy garage rock post-2010. It’s a far cry from the disco induced summer I endured via Daft Punk in 2013. Maybe I am experiencing an inner “Disco is Dead” moment.