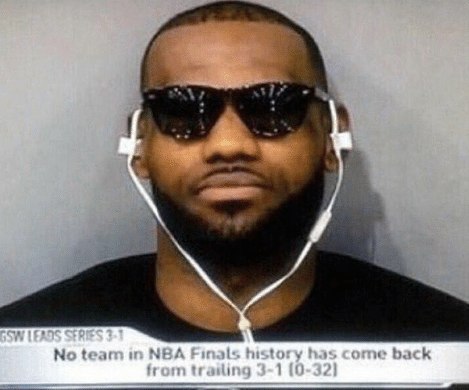 END_OF_DOCUMENT_TOKEN_TO_BE_REPLACED

Finally[1], the series we all assumed would happen for much of the season has arrived. In what many will call “a rematch,” NBA Finals begins tonight, with the defending champion (and Greatest Regular Season Team Ever™) Golden State Warriors once again welcoming the Cleveland Cavaliers to Oracle Arena. Calling it “a rematch” is technically correct insofar as the same two franchises representing the same two cities as last year return; however, what makes the Finals so apparently compelling is how much the circumstances surrounding these teams have changed since June 2015.

For all intents and purposes, the Cavs arrive in Oakland a different team entirely from the one that pushed last year’s Warriors to six games, though the chip on their shoulder carries more mass than that of the nearly 400,000 Cleveland residents combined[2]. Golden State, meanwhile, has merely greased the wheels of its finely-tuned apparatus, defying every expectation except their own.