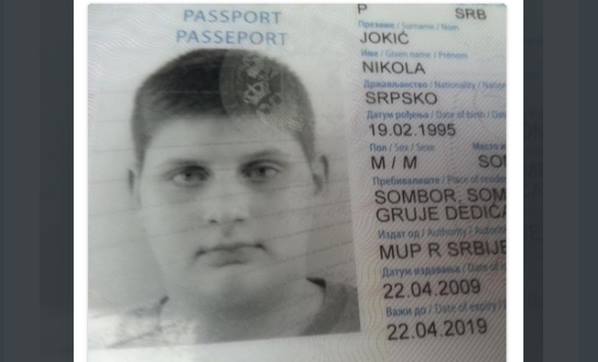 Just when you think you have a pretty good understanding of the landscape, it shifts. You see the same things, but you see them in a different way, like removing the filter of designer shades [or your last Instagram post]. It isn’t negative; it still works. Maybe it works better than you originally suspected? It always seems worthwhile to shuffle back and forth for a bit just to make sure.

It was going to take someone like Nikola Jokić to prove that what he is currently doing could, in fact, be done. In the NBA in 2019, it is illogical at best, and malpractice at worst, to assume that a big man of most vintages could orchestrate an entire offense, such that passes from the elbows cease being a novelty or the in-between to something better on their way to becoming essential.

In a way that roughly approximates the annual appreciation of Al Horford’s defense, Nikola Jokić has been sensational for the Denver Nuggets in these playoffs. The implications of that adjective are exactly what I mean – you, the viewer, can feel Jokić’s impact on games just as his own teammates, and the typically-confused opposition, feel it.

At this point, it doesn’t feel contrived to say that Jokić may well be the very best passing big man in league history[1]. In every Nuggets game, there are at least a handful of instances which require the viewer to squint their eyes, or hold their chin, or verbally express how amazing it was to see Jokić see something nobody else did.

It isn’t the piercing joy of watching Steph Curry eject some overachieving bottom-feeder into the stratosphere with a flurry of threes, nor is it LeBron James deciding that, well, okay, he’s going to try on both ends for the next six minutes and put this thing to bed[2]. Watching Nikola Jokić is an experience unto itself, one that oddly marries his, and the NBA’s, otherworldly quality with the idea that adhering to what is fashionable may not necessarily be practical.

On Zach Lowe’s podcast, released Thursday, ex-Grantland writer and San Antonio Spurs executive Kirk Goldsberry shone a very particular light on Jokić: it is he, not Damian Lillard, nor Kevin Durant, nor Russell Westbrook, who led the NBA in touches per game this season and is leading the league in the same category this postseason. On these playoffs, by the way: Jokić is averaging nearly 120 touches of the ball per game, with almost three-quarters of those coming in the front court. Nobody else is within even twenty of him in either respect[3].

It is nothing short of miraculous that Jokić, a nominal center as lumbering and baguette-esque[4] as he is, is competently directing a 2-seed Denver Nuggets team that maybe, probably shouldn’t have been a 2-seed. Their seven-game slugfest with the San Antonio Spurs carried many inexplicable moments, chief among them his own team pushing a Jokić triple-double in his very first playoff game to the middle of the table, only to come up short. To his credit, Jokić followed that up with a game seven trip-dub that jettisoned the Spurs toward their exit[5].

Jokić has increased his touches from 92.5 per game in the regular season to 119.8 in the playoffs. It’s not that he doesn’t trust Jamal Murray, Gary Harris, Paul Millsap or the revelatory Torrey Craig with the ball; it’s that he allows them to do what they like, and feed them when and where they want to be fed, all while being a seven-foot, 250-pound block of Serbian human that can take his time in deciding how he wants to approach things.

Coming off of his first All-Star selection, Jokić has been spectacular in these playoffs, averaging 24.9 points, 11.8 rebounds and 8.8 assists through eight games. It is unconscionable, given how the NBA has deviated from being a big-driven league, yet here is Denver’s talisman: see him posting up; see him rolling after picks; see him whipping his seemingly mud-laden sneakers into a frenzy on the way to a 37-point game against the Portland Trail Blazers which featured the perpetually-in-need-of-DayQuil Jokić going 3-for-5 from three as well as 12-12 from the free throw line.

Nikola Jokić is still only 24, and he has a few gaps that need sealing – his defense, long derided, is starting to come around, but he still struggles on switches and against preeminent guards in a way that, say, Anthony Davis, Giannis Antetokounmpo or Rudy Gobert[6] do not, and he misreads a handful of things otherwise. Occasionally, he’ll reach, but it never looks like much of an effort just because of who he is.

But if the Denver Nuggets are to meet the winner of the much-derided Rockets-Warriors series in the Conference Finals, it will be Jokić who led the way. Hopefully allergy season does not affect him, because right now, Nikola Jokić very much embodies being large and in charge.

[1] I stop short of saying “all of basketball history” because Arvydas Sabonis was confined to retrograde Soviet feeds before I was born, but even old man Sabonis (what I assume his own son, Domantas Sabonis of the Indiana Pacers, calls him now) showcased a keen eye and devious trickery in the NBA well ahead of his time.

[2] The latter of which, I’m…well, I’m never going to doubt LeBron, but I’m starting to open myself up to the idea that maybe he isn’t the be-all, end-all Best Basketball Player in the World anymore. I’m not all the way there yet, though.

[4] Shout out to Deadspin’s Giri Nathan for being the first to identify Jokić as a specific type of doughy bread; though Nathan went with brioche, here I went with the baguette. Deal with it.

[5] Though they themselves had something (nothing, at all) to say about that

[6] Before you guffaw, Gobert has a better sense of spacing on switches than nearly everybody at his position, Draymond Green possibly excepted, and has a generally good habit of driving unguardable guards toward something.