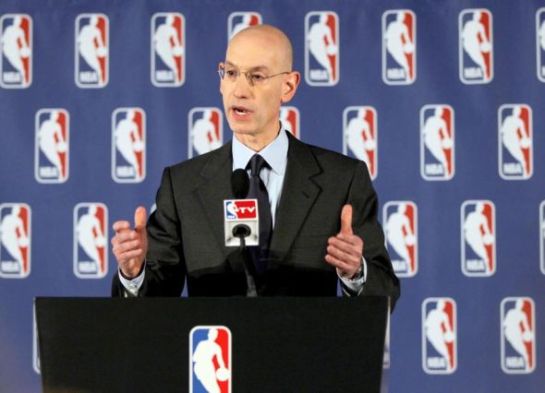 In the wake of Donald Sterling’s eviction from the NBA, a lot has been made about Adam Silver’s reaction. Some have applauded his decision, others think it won’t help a damn thing, and a few find it to be a violation of certain inalienable rights. I think Adam Silver made an easy call when it was certainly the most agreeable to do so. For some reason, this has been read by some as an indication that Silver had the better judgement to do what David Stern did not. Let’s re-evaluate this though: if those tapes did not come to the surface, Sterling would still be a despicable guy holding ownership over one of Los Angeles’ hottest sports entities.

Stern was able to use his power as NBA commissioner to level some of the most controversial changes in the league’s history (you could write a completely separate think-piece to determine if the impact of these decisions were positive or negative). Yet, in his tenure, Stern was unable or unwilling to reclaim the Clippers franchise from an owner who had settled out of court with plaintiffs in a housing discrimination suit. A guy who was investigated by the Justice Department for these aforementioned practices was allowed to skate by, while Stern talked about the professionalism of his players. An owner who described why he wouldn’t rent property to non-whites because of their perceived laziness, as well as their smell which supposedly attracted vermin, was deemed fit to be an employer of a team in a league that is mostly non-white. But Stern could halt the trade of Chris Paul to the other, more perennially successful Los Angeles franchise for what was infamously summed up as “basketball reasons.”

Now, due in part to those “basketball reasons,” Sterling’s team is in the playoffs. If Silver did not levy the kind of decision he did against Sterling, I would not fault any NBA player for wanting to sit out of the playoffs until something was done. I would not fault Larry Johnson if he did indeed decide to create a black-owned, black-only league, as seemingly indicated by a cryptic-text. Thankfully, Sterling has been banned from the organization, and a precedent has been set for the league. But, I return to my original question: what if those tapes had not been recorded by a scorned mistress?

It’s best if you listen to all of this recording of Bomani Jones from The Dan LeBatard Show on ESPN.

This recording was from the day before Adam Silver handed down his decision to ban Sterling from the NBA. Everything Jones indicates about the NBA and the owners’ condemnation of Sterling that Silver is absolutely true. There is a lot of back patting going on and a great deal of praise being lumped on all of them with the terms ‘bravery’ and ‘justice’ used clumsily. This is a decision that was a no-brainer. It’s damage control – not just because of the current loss of sponsorships – but for something that David Stern should have done long ago, long before Chris Paul was traded from the New Orleans Hornets to the Clippers due to “basketball reasons.” Just because it is now the publicly accepted thing to do in the present does not mean it took any gall or bravery to perform. It would’ve been the right thing to do had it been 2003 when he was first accused of housing discrimination. Now, it’s just an exasperated breath of “finally.”

Just because Donald Sterling is gone, though, doesn’t mean that everything is right with the world. He’s still a person in the universe who has made his fortune off of unethical and immoral practices. He’s just now no longer a person or a liability that the NBA can afford to tolerate with the loss of all of their corporate dollars. It’s a problem which transcends sports. Sterling will still receive a profit from the sale of the team and remain in his cushy position of privilege. It is, to use Dan LeBatard’s words in the clip posted above, dispiriting to hear. He will go about his business and still be a bigot. He just won’t be court side at an NBA game to remind you that this guy is in charge of the livelihoods of young men for whom he has no regard.

If the Donald Sterling case study has taught the public anything, it’s that more can be, and should be, done in terms of ousting owners who have no problem maligning minority groups, as long as they make their millions. The closest American example of this is in the culturally dominant NFL, in which one owner is steadfast in the use of a decades-old slur for a team name that was originally conceived by a well-known racist. So steadfast is one Dan Snyder that he has also started a charity whose name is just about as tone deaf as the public statements he has made surrounding the ground swell of support to change the club’s name. His charity may have advancement as its cause, but what good does it do if he can get by degrading a culture without any sort of recourse from the NFL?

There are many people who follow sports that probably applauded the Sterling decision but who will still probably defend Snyder and the name of the Washington club when the leaves start to change. These people may find it to be a drastically different circumstance. It’s not. If anything, Snyder has been more overt in his offensiveness, whereas Sterling was outed in investigations (conducted by the Justice Department and otherwise). Yet Snyder, like Sterling, thinks he is afforded the right to continue with an ethnically pejorative name, a name that makes clear what is considered acceptable in mainstream society, because he has started a charity that is about as surface-level in its mission as his excuses for why he’s not a racist. It’s the same kind of thing people like Sterling, as well as future College of Charleston president Lt. Gov. Glenn McConnell, use as a way to gloss over the fact that they feel a certain way about a group of people and are able to do things like preserve the history and supposed gallantry of the Confederate States of America.

With Silver’s decision, it should set a precedent that no longer can we sit idly by and wait for another event like this to happen. If there are blatant cases of intolerance, they should be dealt with swiftly and justly – no matter how long they’ve been ingrained within mainstream culture. Otherwise, the only reason we will have an all-black league or an all-Hispanic league or an all-white league is because we, as a society, have chosen that there is a reason for the exclusive leagues to exist.