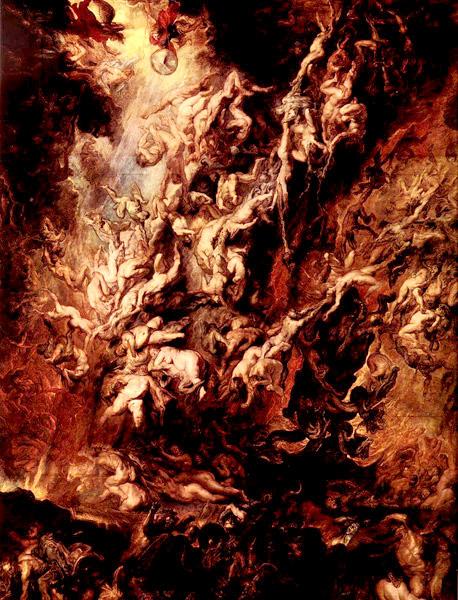 The weekend vacation thanks to July 4th provided a welcome respite to a young but already challenging season. We now know that this team is at least half-decent despite being complete strangers thrown together in an effort to create something. A win and a draw: that’s not a horrible way to start the summer, and we sat tied at the top of the league table going into the third game. Two weeks to think about the next fixture is an irritating period of time, and I spent a lot of it consuming the book Soccernomics, by Simon Kuper and Stefan Szymanski. Much of it comes from the Moneyball mentality of applying statistical analysis to athletic competition. I searched for some hidden answers, some key to achieving soccer glory, at least at an amateur level. Alas, no such answer was to be found, but I did manage to slowly build excitement for the next game.

Purple Reign carries on a group email, in which members of the team inform everyone else about forthcoming events around the city and talk about the games we played. This week took a serious turn when one of the players, Dave, told everyone that he had decided, spur-of-the-moment, to move to California and, therefore, leave the team. While I recognize that rec league soccer is not of the same paramount importance to everyone as it is to me right now, that sent a peculiar shockwave through the thread. We were already a team that struggled to rotate substitutes in a way which would keep players fresh, especially on the men’s side, and now we were losing a player permanently.

I woke up this Sunday morning not feeling particularly well, and I delayed my alarm in ten minute increments while deliberating on whether or not to even play soccer. Physically, it was going to be a struggle, and the thus-far inconsistent New York weather blessed this day of rest with a scorcher. Temperatures exceeded 95 degrees Fahrenheit, and a heat advisory was put in place for the first half of the week. To complicate matters, the all-powerful Metropolitan Transportation Authority decreed that this week would consist of planned work leading to subway service changes, which has wreaked much havoc and catalyzed millions of headaches all over the city. For the third game in a row, I would take a different route to the elusive Riverside Park, though this time I did leave myself with enough time to account for any mistakes or alterations in the itinerary. After battling the various methods of transportation, including the most physically uncomfortable bus ride I have experienced since my days in the Fort Mill School District, I arrived at the field with a few minutes to spare, yet I was the last person there. Because of my transit woes, I was awarded the honor of playing goalkeeper for the first half of the game.

I cannot stress enough how grossly unqualified I am for this position. As little skill as I possess in the field, it is miles ahead of my reflexes and awareness in goal. When I have played with my friends in the past, it usually came down to a question of rotating players in and out of goal so no one has to do the miserable deed for too long, save for the rare times when someone volunteered to keep. The times when I played goalie were characterized by horrendous, misguided use of my arms and legs as well as a severe lag time in getting to a shot on goal. If I let in a few goals, my friends would think I was tanking just so I would be replaced. This was never the case; I am just not cut out for the role of San Iker. Worse, I was desperately worried about glove tan and possible glove burn. Such is the Irish plight.

We were set to play the blue team, a close compatriot of ours on the color wheel but nevertheless our enemy of the week. The first half started reasonably enough, as we held the ball with some regularity in the opponent’s half of the field. For the most part, I just stood in my goalie box, eyes fixed to the motion occurring scores of yards away from me. As long as we apply pressure and hold on to the ball, I thought, this job will not make a dunce out of me. Adrenaline had taken over my body, and the severe discomfort which had plagued me up to the minute when I laced my cleats disappeared. I felt awake and alert, two traits which had escaped me all morning. The defense halted a few charges toward me, and one errant goal kick immediately put our backs to the wall. A kerfuffle in the midfield resulted in a 3-on-2 breakaway. One defender was drawn off his man, leaving the other one open. He received the ball and took some short touches, sprinting toward me with another defender hanging off of him. This is where my lack of goalkeeping awareness would have had me throwing my controller at the television. I did not decide the charge the runner until he was nearly in my box, and by then it was too late. He pushed a roller past my leg in an entirely savable effort, but I was out of position. This was my Robert Green moment, and I was not to let it happen again. A few more tries from the opposition yielded no goals, and I even had a fingertip save on a header at the goal line which looked a little like this and may have not been entirely legal, as I pushed a man to the ground in order to get to the ball before he did. I also made a punch save on a somewhat threatening corner kick, something that may have been a bit unnecessary but nevertheless was exhilarating. We went into halftime down 1-0, and I figured I had better redeem myself in the field.

We took the field in the second half, anxiety rising with each touch of the ball. We initially had trouble getting and maintaining possession, and our collective frustration was showing in our inability to connect strings of passes. Also, our referee for the day was remarkably inconsistent in his calls; I am rarely one to play the blame game with referees, as I generally think teams win games themselves regardless of the marginal gains and losses of foul calls or other official intervention. On one occasion, a referee awarded us a free kick after two players became tangled on the ball. The opposing player made remarks to the referee and to Tim, my teammate, who gave the opposing player the Dikembe Mutombo treatment, much to the delight and amusement of everyone who was not that opposing player.

Finally, we broke through: some intuitive passing and a blown defensive effort gave us a 2-on-1, and we took advantage of the situation to tie the score. A lapse in the back of our defense surrendered a goal, and we were down 2-1. A few minutes later, another defensive gaff on the blue team’s part put the ball at the feet of one of my teammates, who drew the only defender to her and then promptly shoved the ball forward to me. I set off with the ball toward the goal, taking short touches and glancing at the keeper to make sure he was not charging. I dragged the ball to the right side of the goalie box, pulling the keeper along with me, and nudged the ball into the goal on the left side. As it rolled to the back, it hit the back bar and bounced out, causing me to wonder for a split second if it would still count. My mind was not anywhere near Riverside Park on this day, but I had tied the score.

With about six minutes left to play, we held the majority of possession and were putting together quality plays which simply had not yet resulted in a go-ahead goal. This was not to be a game punctuated by fundamental brilliance, however. Yet another defensive misstep, in which a center back failed to correctly judge the trajectory of a lofted ball, gave us the breakaway we needed to pull forward, and we capitalized with a goal to put us up 3-2. Because we know better than most the downfall of resting on our laurels, we continued to apply pressure and maintain possession rather than relinquish the ball and retreat.

This time, we held the lead to the final whistle. A new-found confidence had replaced our anxiety, and we proved our resilience in coming from a goal down at two different points in the game. With a victory, we solidified our place at the top of the table, at least for another week. As the summer heat rises in mid-July, a little rain might do some good.